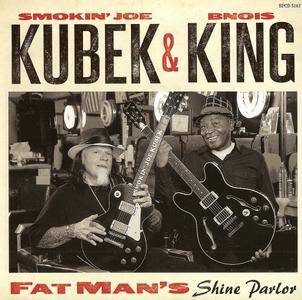 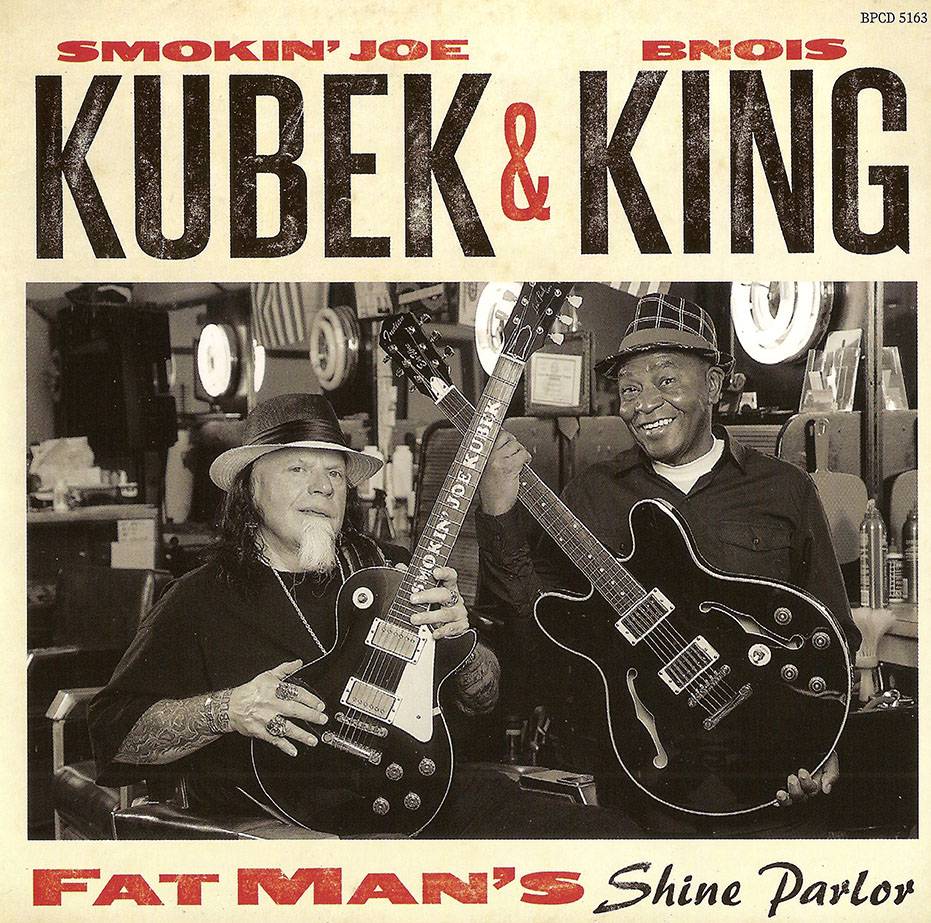 Smokin’ Joe Kubek was born in Pennsylvania but grew up in Irving, a suburb of Dallas, Texas. He is an incredible blues guitarist, and has worked and played with some of the finest in the genre, including Freddie King, Albert King, B.B. King, and his good friend, the late Stevie Ray Vaughan. B.B. even let him play his guitar, Lucille, and how many people can say they have had that opportunity?

His partner in crime is Bnois King, who is no relation to any of the Kings listed in the previous paragraph. Bnois hails from Louisiana where he grew up embracing the traditions of jazz music. He brings a lifetime of experience to the duo, and once you hear him play and sing it you will understand the benefits of over 60 years of practice and gigging – he picked up his first guitar when Truman was in the White House!

This duo has been together for over 25 years, and the Kubek-produced Fat Man’s Shine Parlor is their 17th album together; it has twelve original tracks, all written by them. King provided the vocals and guitar for this project and (of course) Kubek brought his guitar too. They were joined in the Dallas, Texas studio by bassist Sheila Klinefelter and drummer Eric Smith, and they are as good of a backline that you are going to find! Also, Dallas guitar restoration guru Kim Lafleur joined in on three tracks where even more guitar was needed, resulting in a truly cool effect.

The duo has used their diverse backgrounds to bring out the best music of their adopted hometown, and they crank out righteous Texas blues like there is no tomorrow. They kick off their set with “Got My Heart Broken,” a guitar-heavy boogie with Kubek, King and Lafleur in perfect sync. Even with this strong frontline of guitars, they keep a bare-bones mood to the song as Klinefelter and Smith keep a steady but simple beat. The icing on this cake is King’s crystal clear vocals, which are delivered with a perfect mix of power and inflection.

The band does not let up as they carry their triple guitar attack over to “Cornbread,” which has seemingly innocent lyrics, but King’s delivery makes it seem like he is not really singing about food. After trading riffs and innuendo for three minutes, they slow down a bit for “Diamond Eyes,” a medium-tempo blues rock ballad that allows for a majestic AOR-style guitar break. After this, on “Crash and Burn” the band embraces early rock and roll / surf rock with some neat backbeat drumming from Smith and growly bass from Klinefelter.

“Brown Bomba Mojo” is a catchy rock tune with a precise doubled guitar riff that keeps repeating, and this song provides Smith with a chance to really cut loose behind the drum kit. The late Steve Hecht, founder of Piedmont Talent, gets co-writing credit on this song, and this killer track it is an apt celebration of a man who helped some of the beloved artists of the blues world.

It would be silly to think that two guitar heroes could get together in the studio and not come out with at least one instrumental, and Kubek and King do not disappoint. “Lone Star Lap Dance” is a light-hearted shuffle with plenty of guitar acrobatics, and a funky walking bass line from Sheila.

Towards the end of the disc, the lyrics stick with the traditional blues subjects, including the travails of life on the road (“How Much”), the restlessness of not being satisfied with what you have (“One Girl by My Side”), and then eventually getting caught stepping out on one’s significant other (“Done Caught the Blues”). Each of these tracks paints a vivid picture and highlights what mature songwriters these two are. Finally, after almost 50 minutes, the album comes to a close with “Headed for Ruin,” an outlaw blues song that reminds the listeners that this record was cut in the Big D.

Smokin’ Joe Kubek and Bnois King’s Fat Man’s Shine Parlor is a fun album of rocking Texas blues, and if you are a fan of theirs, or even if you just love rocking blues, buying a copy would be a wise decision.

Smokin’ Joe Kubek and Bnois King return to Blind Pig after a gap of nine years in which time they have released four albums, two on Alligator, two on Delta Groove. Named after a store in a disreputable part of Dallas, the new album finds Kubek and King doing what they do best, rocking out in Texas roadhouse style on a series of tough blues, boogies and rockers. All the material here is original with Steve Hecht aiding on one song. The band is Joe and Bnois on guitars, Sheila Klinefelter on bass, Eric Smith on drums and Kim LaFleur who adds yet more guitar to three tracks. Bnois, as usual, handles all the vocals in his distinctive style. Joe produced the album which was recorded and mixed right at home in Dallas, Texas.

The album opens with a trademark boogie, Bnois singing of how he “Got my heart broken” by a girl. However, we soon learn that this is far from an unusual event: “I wish I could say this time was my last but I can’t be sure, judging by my past. I get so turned on it feels just like magic, but if I get caught the ending could be tragic.” The twin guitars intermesh excitingly to give us a great start to the album. Big fat chords open “Cornbread” which extols the virtues of that great southern accompaniment, Bnois assuring anyone unfamiliar with the delicacy that they are missing out. Kim’s additional guitar provides a sound that is almost like keyboards to this cut. “Diamond Eyes” drops the pace on a mid-paced ballad which Bnois sings really well and the two guitars play off each other superbly. “Crash And Burn” is extremely catchy as the guitars again interact over Sheila’s rumbling bass, Bnois taking a nimble plucked solo; “River Of Whiskey” finds Joe on slide adding a touch of country to the tune.

Some great guitar from Joe introduces the bluesy “Don’t Want To Be Alone” which has an attractive lilt to the tune and an outstanding solo with lots of sustain. Steve Hecht is credited alongside Joe and Bnois on “Brown Bomba Mojo” which has a long instrumental intro before Bnois enters on vocals – lots of fun guitar to enjoy on this one, from catchy rhythm work to leads from the two guitarists that range from delicate picking to amped up rock. “How Much” finds Bnois objecting to the costs of everyday living for the travelling musician, from cab fares to excess baggage charges for transporting guitars. Musically this is a solid shuffle with drummer Eric right in the pocket, another good track. Some echoey guitar introduces another tale of lust and infidelity as Bnois confesses that he cannot be satisfied by “One Girl By My Side” – “the magic disappears however hard I try”. “Lone Star Lap Dance” is aptly named as the band shuffles along in support of some light picking that sounds a little like a lap steel guitar, followed by some fine, stinging guitar in the main solo to provide another highlight. Bnois returns to that familiar theme of infidelity in the classic slow blues “Done Got Caught Blues”. Bnois sings of getting caught “with my pants down” as Joe emotes on guitar between the verses and Bnois finds some jazzy chords to support him. That style of guitar duetting is typical of Joe and Bnois and this is one of the best examples. Bnois’ vocals are slightly distorted and distant on “Headed For Ruin” though the guitars are present and correct, a touch of twang reminding us where the album was recorded.

As one might expect, Smokin’ Joe Kubek and Bnois King deliver another solid album with much to enjoy. Long-term fans will lap this one up and the album has enough solid tunes and playing to attract some new fans to the band. 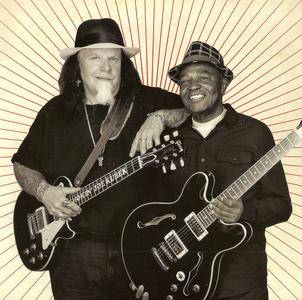 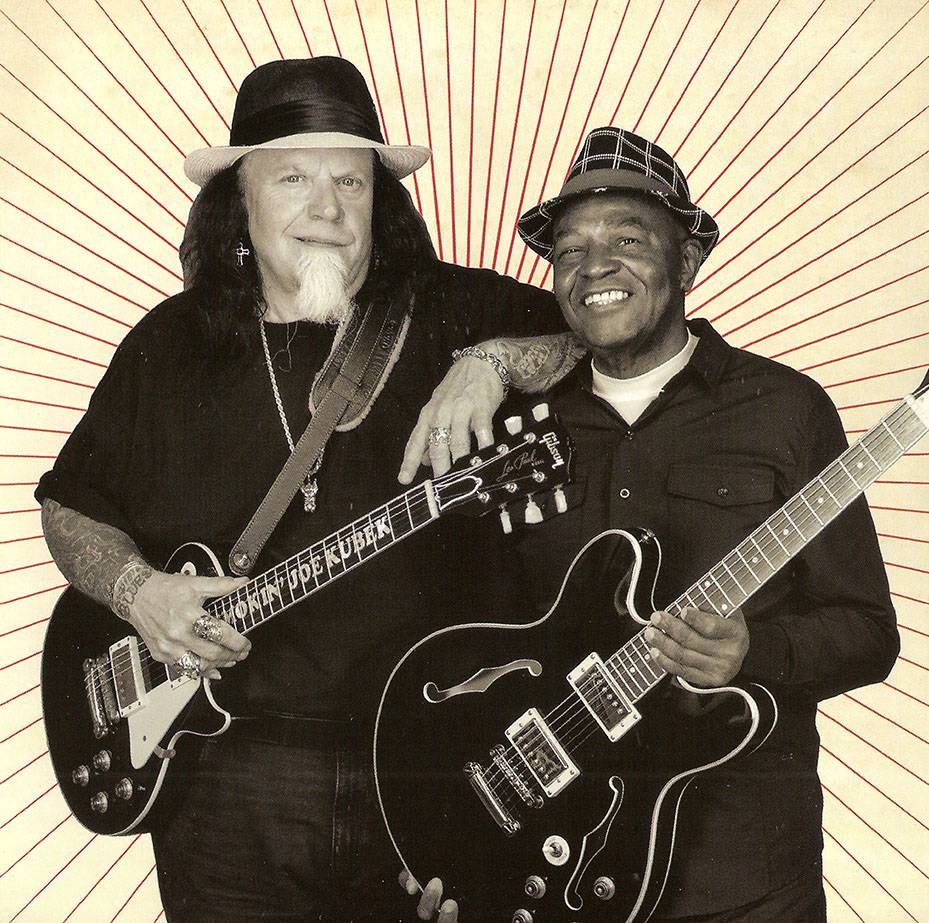 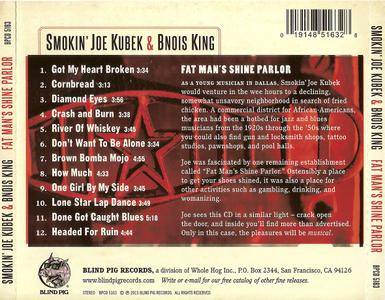 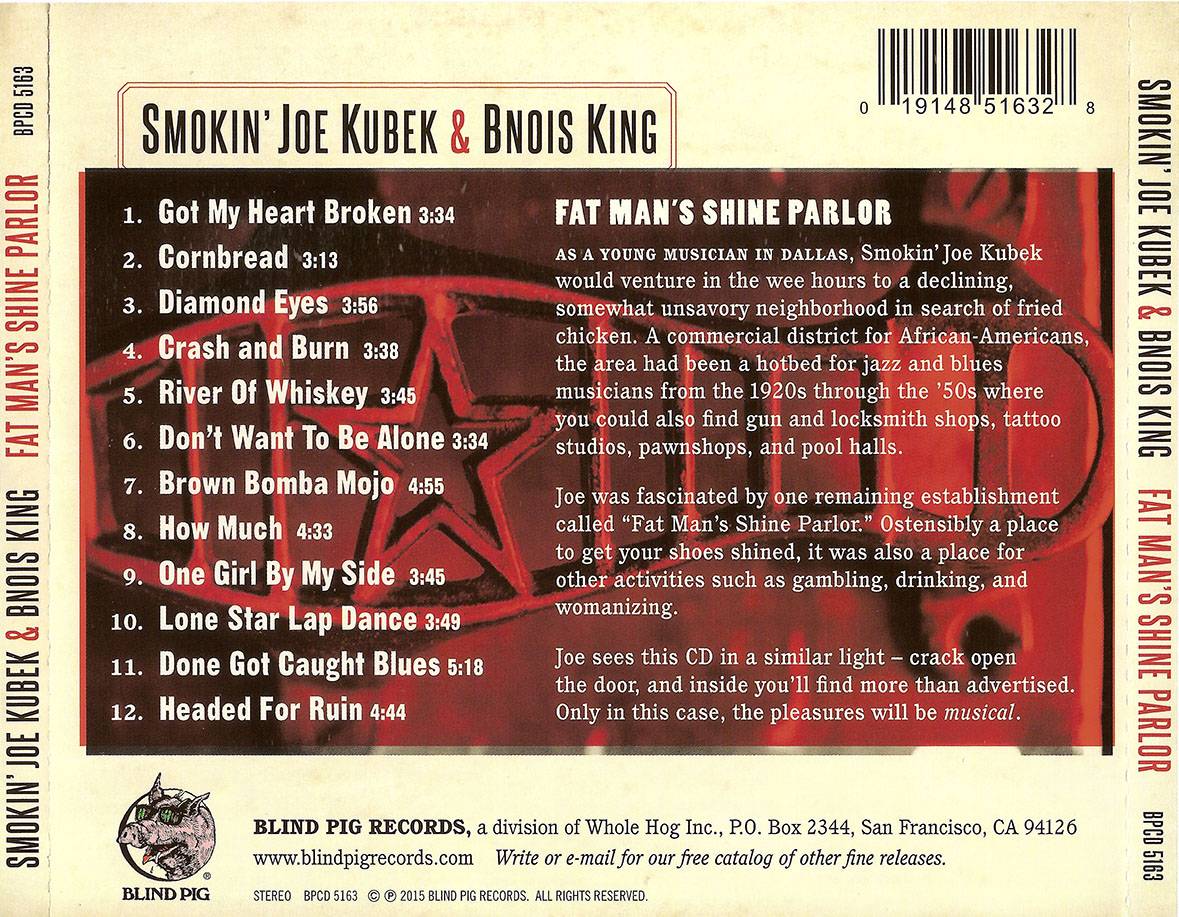 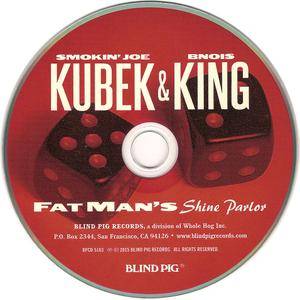 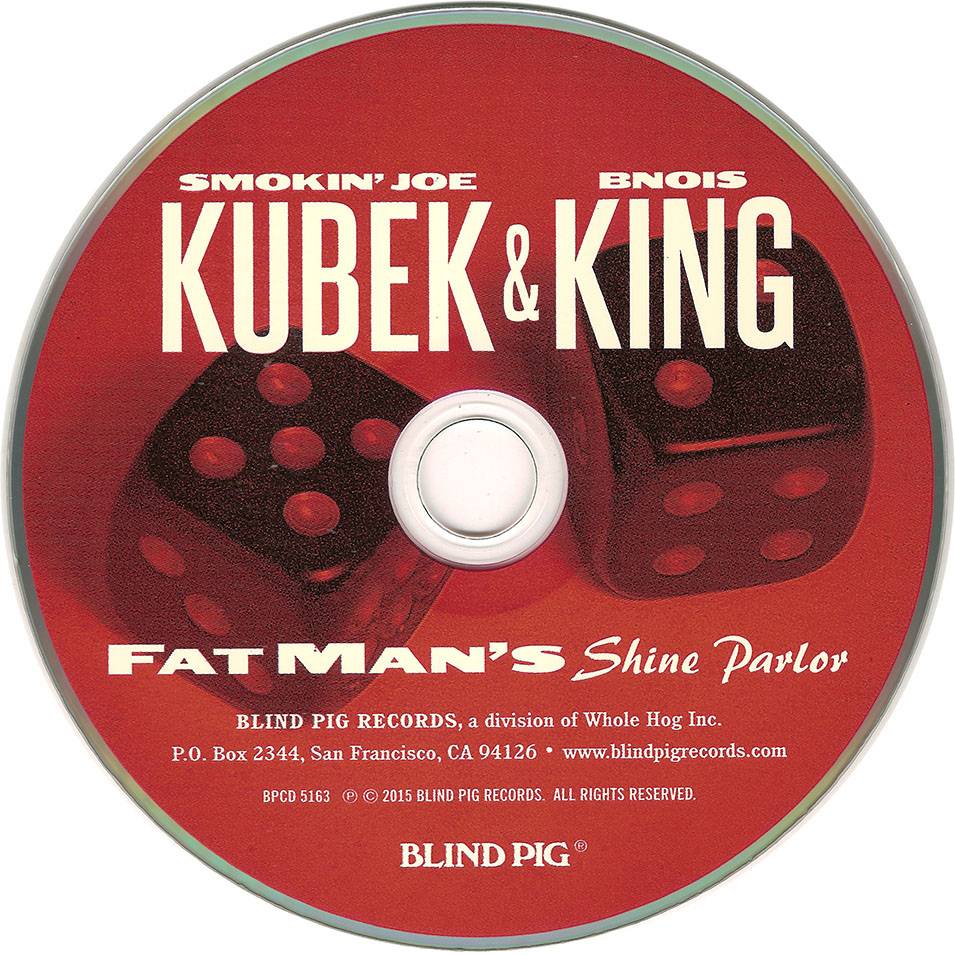 All thanks to original releaser - izia1956