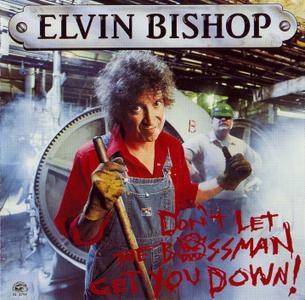 On Don't Let the Bossman Get You Down, Bishop projects a good-natured, humorous persona in the extended spoken-word sections of his songs, but still finds time to play a lot of tasty blues guitar. 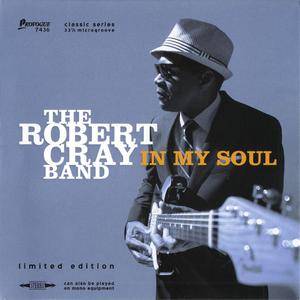 Sometimes even the most consistent artists need to shake things up a bit. In Robert Cray's case, that means shuffling his lineup – he retained longtime bassist Richard Cousins but brought in drummer Les Falconer and keyboardist Dover Weinberg – and bringing in producer Steve Jordan, who last worked with Cray on 1999's Take Your Shoes Off. There's a reason this record is called In My Soul: Jordan assists Cray in moving toward Memphis soul, dedicating the entire record to slow, sultry burners that emphasize his mellow vocals and dexterous grooves. This may primarily be a mood record but the individual songs are also quite strong, whether it's the originals ("Fine Yesterday" is so gorgeous it makes heartbreak seem welcome) or sharply chosen covers. Among the latter is a cleanly funky reading of Otis Redding's "Nobody's Fault But Mine," which features Falconer on co-lead vocals, an unusual change of pace for Cray that also signals how the veteran guitarist has been revitalized by his change in companions. 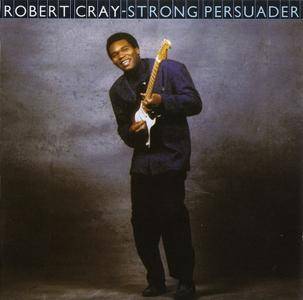 The set that made Cray a pop star, despite its enduring blues base. Cray's smoldering stance on "Smoking Gun" and "Right Next Door" rendered him the first sex symbol to emerge from the blues field in decades, but it was his innovative expansion of the genre itself that makes this album a genuine 1980s classic. "Nothing but a Woman" boasts an irresistible groove pushed by the Memphis Horns and some metaphorically inspired lyrics, while "I Wonder" and "Guess I Showed Her" sizzle with sensuality. 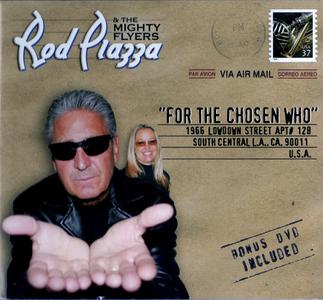 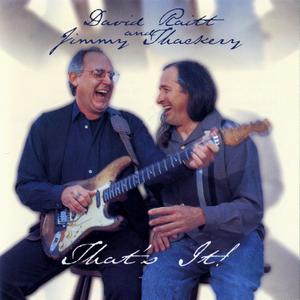 Combining the Vocal talents Of David Raitt (Bonnie's brother) with the explosive guitar of Jimmy Thackery, this is modern Blues/R&B at it's finest. Having know each other since they were kids David Raitt and Jimmy Thackery decided it was time to join forces and see what they could do in the sudio together. These recordings not only feature David's wonderful vocal skills and Jimmy's explosive guitar work but also some fine song writing by both. As a special bonus there is the guest appearance of David's sister Bonnie Raitt helping with vocals on two tracks. Add powerful rhythm and horn sections and, well, "That's it!" 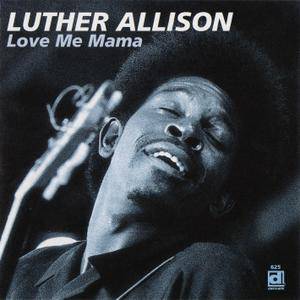 Luther Allison seemed to be on a roll when he died in 1998. He was back home after many years in Europe, and was winning awards and making a good living. This, his debut album, was cut in 1969 when he was 30 years old. He sang as if barely able to keep a lid on his emotion, and the elegance and precision of his guitar playing belied the fact that he had only been playing the instrument for a few years. If this debut can be faulted it's only in that it relies too heavily on overfamiliar standards like "Little Red Rooster," "Five Long Years," "Dust My Broom," "Sky Is Crying," and "Every Night About This Time." The CD reissue has been expanded with alternate takes and bonus cuts. 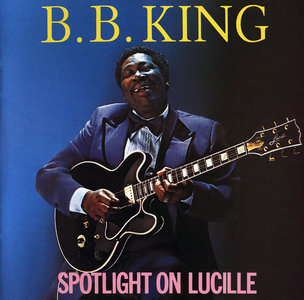 B.B. King is the most influential guitarist in the instrument's electric history. His string-bending, vibrato, and phrasing are the raw material that players as diverse as Led Zeppelin's Jimmy Page and Pink Floyd's David Gilmour have spun into their own epic solos. This CD draws on King's '60s efforts for the defunct Kent label, tapping rarely heard instrumental tracks to present a crash course in his unique fusion of country blues, the single-string soloing perfected by Lonnie Johnson, and the swinging phrasing of jazz guitar pioneers like Charlie Christian and Django Reinhardt. Tunes like "Slidin' and Glidin'" and "Calypso Jazz" are tickets to blues heaven. 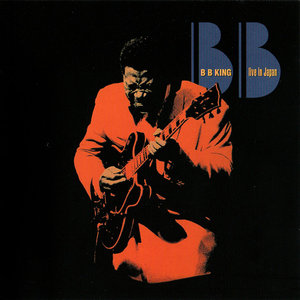 Recorded in 1971, but unreleased in the U.S. until 1999, B.B. King's Live in Japan deserves high marks for exuberance alone. Had Live in Cook County Jail not just jumped into the charts, this live album might have been released long ago. The recording opens with a swelling of enthusiastic cheers, as King launches into an uptempo "Every Day I Have the Blues." There are plenty of other classics here as well, including "How Blue Can You Get?", "Sweet Sixteen," and "The Thrill Is Gone" (which elicits another round of cheering from the opening notes). Live in Japan may not have the long-standing reputation of Cook County Jail or Live at the Regal, but it's an excellent album, with a decidedly different feel from these two classics. Comping on guitar and piano, West Coast bluesman J.J. Malone displays his chops for traditional blues as well as more modern forms on his second album for Fedora. John Jacob (J.J.) Malone (August 20, 1935 – February 20, 2004) was an American West Coast blues, electric blues and soul blues guitarist, singer and keyboardist. His best-known recordings were "It's a Shame" and "Danger Zone". Malone was a member of the Rhythm Rockers, and he variously worked with other musicians, such as Troyce Key, Jill Baxter, Al Green, Joe Simon, Etta James, Scott McKenzie and Frankie Lee. Malone was born in Pete's Corner, Alabama. He sang in his local church and learned to play the harmonica, guitar and piano. 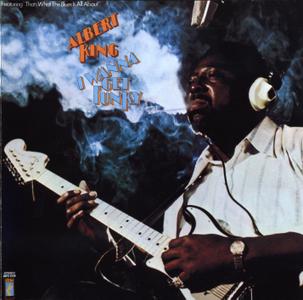 This 1974 release has King using his upside-down Flying V to slash a blues path through the Memphis Horns, the Memphis Symphony Orchestra, and the dawn-of-disco funk rhythm players. He half-sings with one eye on B. B. King and Bobby Bland and the other fixed on hot-buttered soul crooner Isaac Hayes. "Crosscut Saw" best captures the album title, with the leader and astounding drummer, Al Jackson, charbroiling a song the two had soul basted back in the mid 1960s with Booker T. Jones. 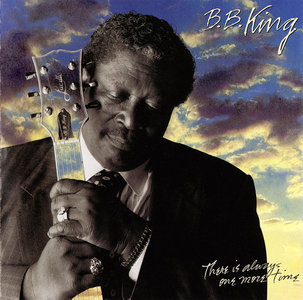 Most of B.B. King's studio albums of the '80s and '90s tend to de-emphasize his guitar playing and consist largely of forgettable originals and obvious attempts at pop hits. However this CD (which was cut in the studios) is on a higher level and is quite rewarding. Most of the tunes were co-written by pianist Joe Sample and Will Jennings, and the majority are quite catchy and memorable. Certainly it is easy to sing along with the refrains of "I'm Moving On," "Back in L.A." and "Roll, Roll, Roll." On this date King usually overdubbed his guitar to play along with his vocals (somehow the interplay does not sound spontaneous) but it does not detract from the final results. The intelligent and philosophical lyrics fit King's style very well and his voice is very much in prime form. Well worth acquiring. 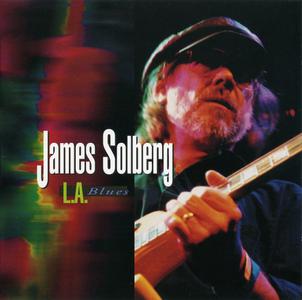 An album from Luther Allison's long-standing bandleader of the last several years. Released a few months after Allison's death, the album can be taken as a tribute album by Solberg of sorts to his old boss. Utilizing a strong, distorted tone throughout, Solberg keeps Luther's high-energy approach alive on a batch of shuffles ("Bubba's Boogie," "Must Be a Reason"), slow blues ("L.A. Blues," "Ballad of a Thin Man"), and uptempo rockers ("Wally World U.S.A.," "Rhumba Juice"). Midtempo shuffles abound in tracks like "A Closer Walk with Thee," "Robb's Souffle" and the closing "Happy Snails." The music on this record is heartfelt and inspired, a moving tribute. Fans of Allison's final work will say his memory is well served here. 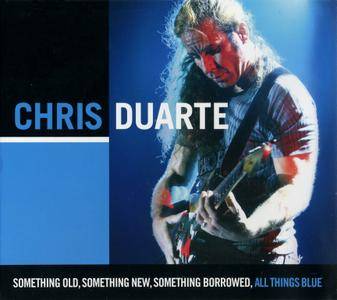 This 2009 Blues Bureau International release rounds up highlights from Chris Duarte’s previous albums for the label (hence, the “something old”) and adds the previously unreleased “Outside Man” and three live cuts (“something new”). The new cuts are as reliable slices of modern blues-rock as the previously released tracks, so this winds up being a solid sampler of a sturdy group of records. 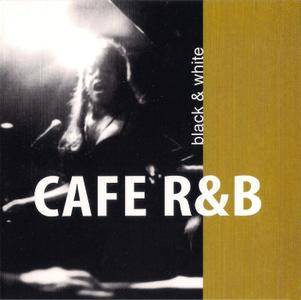 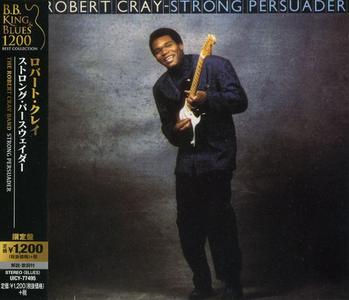