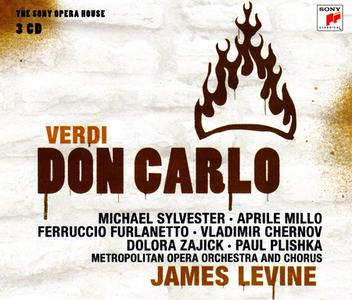 Levine realizes the nobility and inner intensity of Verdi's broad concept. On this occasion there's little to cavil at in his speeds and his attention to detail, as for instance the mournful string figure that underpins Eboli's confession in Act 4 and the reflective accompaniment to the Queen's recollections of happier times at Fontainebleau in her Act 5 aria, is as discerning as ever. 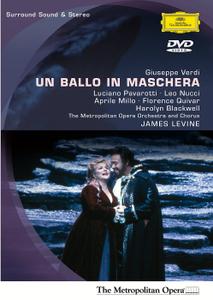 Verdi and his librettist had originally intended that The Masked Ball would be set in the late 18th Century setting of the court of Gustavus III of Sweden. However this was not acceptable to the censor and it was changed to an imagined colonial Boston. In this production the opera has been set in its intended Swedish setting and appropriate changes made to the text. The staging reflects the setting and the scenery has a deliberately heavy feel which accentuates the sombre atmosphere of the opera. Nonetheless, all sets and costumes are lavish – clearly the ‘Met’ does not penny pinch with its productions. In particular the final scene "A large and sumptuously decorated ballroom" accurately reflects the description and the fancy dress costumes are really splendid.