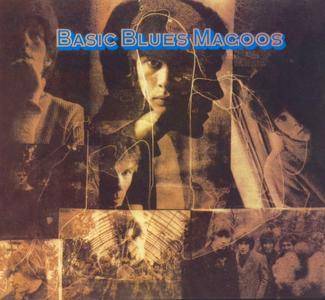 Basic Blues Magoos (1968) – the final long-player with the lineup of Ralph Scala (keyboards), Ronnie Gilbert (bass), Emil "Peppy" Thielheim (guitar), Mike Esposito (lead guitar) and Geoffrey Daking (drums) – is arguably their best and easily most progressive outing. Perhaps this can partially be credited to the combo's retreat from creating in the comparatively uninspired environs of a studio. Instead, they essentially cocooned themselves into their legendary Bronx, New York digs, which at one time had been inhabited by none other than Gram Parsons. The autonomy paid off, as did their sizable influence from the U.K.-derived mod and freakbeat scenes, kick-started no doubt by a recent tour with the Who.