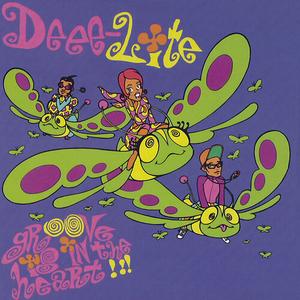 "Groove Is In The Heart" is the 1990 single by Brooklyn dance group Deee-Lite. While they were known for being pop one-hit wonders, they had a number of #1 hit songs on the dance charts. However, their one-hit fame lead to a lot of attention, and the song also featured legendary bassist Bootsy Collins and rapper Q-Tip. This UK digital single was reissued and released in 2014 by Elektra/Rhino.