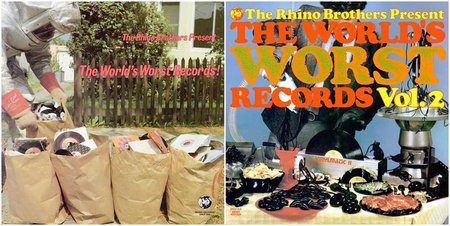 The World's Worst Records is a two volume album series released by Rhino Records in 1983 and 1985. Compiled by "The Rhino Brothers" (Rhino Records' founders Richard Foos and Harold Bronson), most of the songs are taken from records that were either recorded as novelties or recorded seriously but became jokes in time. Some are jokes, some are meant to be laughed at.