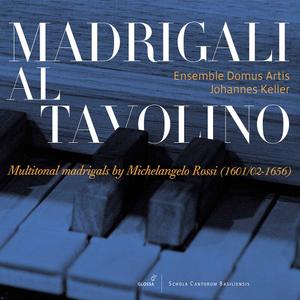 The thirty-two polyphonic madrigals by Michelangelo Rossi, which are preserved only in manuscript in a score and a set of partbooks, have only recently become known. These pieces are unusual in a number of ways: on the one hand, for music from the second quarter of the seventeenth century, they seem "conservative", composed in five parts with two tenor voices instead of two sopranos.