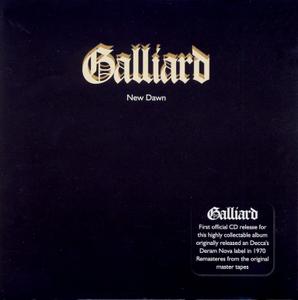 Galliard were in on the ground floor of the British progressive rock movement, releasing their debut album, Strange Pleasure, in 1969 and mixing jazz, rock, folk, and psychedelic influences. The following year, New Dawn pretty much picked up where its predecessor left off, with one key exception. The band had initially featured two wind players, Dave Caswell and John Smith; though Smith was absent from New Dawn, a whole brace of additional horn players had been brought in to augment the sound. This was during the period when the likes of Chicago and Blood, Sweat & Tears (and their British equivalents) were starting out, and brass-rock was all the rage. 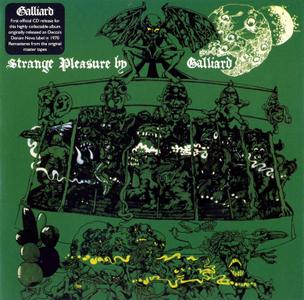 Galliard is a sextet formed in the summer of 68, and developed a psychedelic type of brass rock, fronted by twin wind players Caswell and Smith and singer Geoff Brown. They recorded two albums on the Deram Nova label (the subsidiary prog label of Decca records) around the turn of the 70's decade, when brass rock was the rage. Their first album Strange Pleasure By Galliard, released in 69, was quite eclectic, ranging from Medieval to Flamenco/Spanish music. For their second album New Dawn, wind player John Smith was gone, but the group adjoined a mega brass section of four player, plus keyboardist Morton.