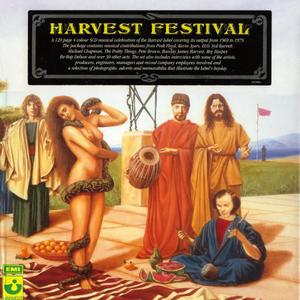 Harvest Festival is a genuinely comprehensive and thorough look at the one British major label venture into psychedelia and progressive rock that actually worked, commercially and artistically; it's a panoramic journey though a major part of British rock as it developed over a period of just under a decade. Over the five CDs and 119 songs, more than two dozen acts are featured, ranging from purely English phenomena like Michael Chapman, Quatermass, and Pete Brown to mega-arena acts like Pink Floyd, and the set comes complete with a built-in 120-page book that would be worth 35 dollars by itself.