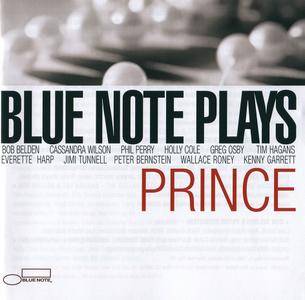 2006 collection that contains Jazz musicians performing the classic, unforgettable music of R&B/Rock icon Prince. Prince has been among the most original and influential artists to emerge in the second half of the 20th century. Jazz musicians have always had a keen ear for Pop tunes of lasting quality since Coleman Hawkins covered 'Body And Soul'. Blue Note celebrates the work of Prince with this collection of tracks that features cover versions of Prince classics by the Bob Belden Project featuring guest vocals by Cassandra Wilson, Venus de Milo, Phil Perry, Holly Cole and Jimi Tunnell.