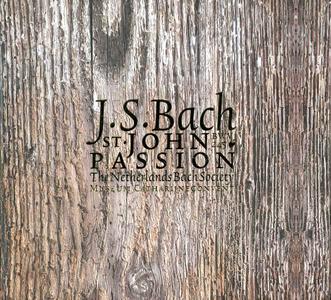 This issue of the St. John Passion is also a special event in the world of music, because a choice has been made for Bachs very earliest version of this work (1724) in a reconstruction by musicologist Dr. Pieter Dirksen. The Netherlands Bach Society performs the work in a small-scale scoring with ten singers and eleven instrumentalists, no distinction being made between choristers and soloists. According to the most recent research, this scoring constitutes a very close approximation of the ensemble with which Bach gave the first performance of the St. John Passion. Bachs St. John Passion is less well known to some than his St. Matthew Passion: unjustly so, in many peoples opinion. Judge for yourself, as you treat both your ears and eyes to this performance of the Netherlands Bach Society… 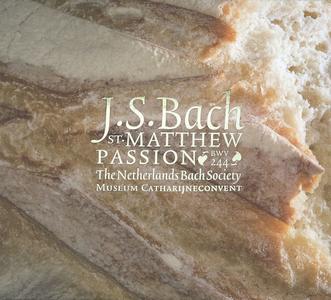 Bach's St Matthew Passion is almost always described as a double-choir composition for two choirs and two orchestras. Two large ensembles play in dialogue, and the score presents a symmetrical structure. The scoring of the two groups of singers and players is identical, and each ensemble has four soloists for the arias. On the stage one often sees two equal groups of singers, and an orchestra likewise divided exactly into two. The Evangelist and Jesus are often the only exceptions to this impressive symmetry.