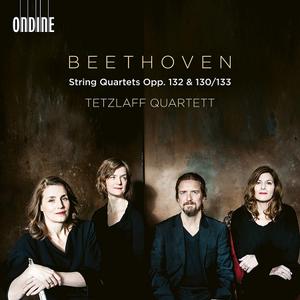 This new album of Beethovens late String Quartets by the prestigious Tetzlaff Quartett offers a fitting tribute to Beethovens 250th anniversary year. These monumental works which are given fresh interpretations by the quartet are among the greatest achievements in the history of Western art music written by a composer who had already largely lost contact with the world. When writing his final String Quartets (Op. 127135) Beethoven was quickly becoming increasingly ill and understood that he would never be able to recover fully.