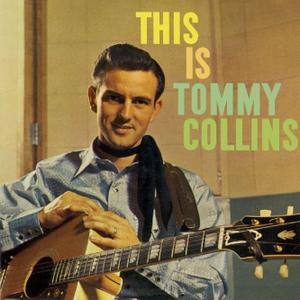 Two full albums from the man who was an important influence on California country giants Merle Haggard and Buck Owens! The first album is pure genius from the young Tommy Collins – an early figure on the Bakersfield scene, and an artist who almost single-handedly shaped the sound of the west coast scene with his Capitol Records material included here! Collins had a wonderful way of updating older hillbilly modes – traces of Texas and Arkansas, moved over to postwar Cali – where things got tightened up, became a bit more confident, and were given a razor-sharp sound by the excellent Capitol production. Every tune here is a classic – and many have a sense of double-entendre that rivals the hippest R&B work of the period, but with a very different sound overall – on titles that include "You Better Not Do That", "How Do I Say Goodbye", "It Tickles", "You Gotta Have A License", "Smooth Sailin", and "Whatcha Gonna Do Now".