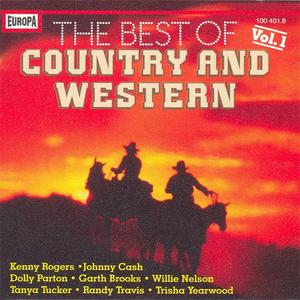 The Best Of Country And Western Vol. 1 is an undated compilation CD but it was most likely released sometime in the 1990's. An album with the same title was originally released in 1986 but some on this disc didn't exist as artists back then. Most of the songs here are the original artists but a few, such as "Six Days On The Road" and "Ode To 10-33", are credited to certain people but it's definitely not them. While the Europa label was German in origin, this CD has the TEIC logo, which means this is an illegal label made in Bulgaria.