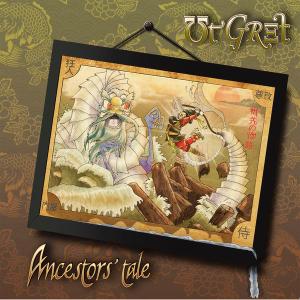 US band Ut Gret has been around in one form or another since the 80's, although their history as a recording unit didn't start until the second half of the 90's. From their base in Lousville, Kentucky, they have created four full-length studio albums so far. The most recent of these is "Ancestors' Tale", which was released through the Italian label Altrock Records in the spring of 2014. Ut Gret's self-description on social network reads as follows: "Embracing rock, jazz, world music, classical music and the spirit of adventure found in the avant-garde we forge ahead". Definitely something to try if you tire of the common distorted guitar often featured in modern progressive rock and if you want a greater classical influence in your fusion, Ancestor's Tale by Ut Gret is a pleasant surprise.