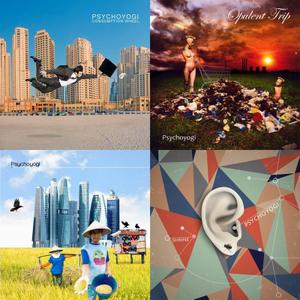 A UK rock combo Psychoyogi have been founded as an avantgarde/ jazz/Canterbury rock trio by Chris Ramsing (voices, guitar), Chris Sansom (bass), and Jonas Golland (drums, percussion) around 2010.
Psychoyogi's music is a diverse mixture of instrumental colours, melodies, and words. The songs present social and political critique alongside personal moments and moods. In the words of Mike O'Toole (Beat Magazine) "Their sound is unparalleled and cannot be categorised. It is a rejection of docile adherence to a single musical style". 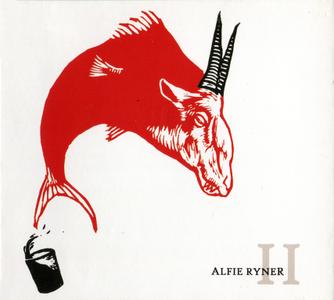 Alfie Ryner is a five-piece ensemble from Toulouse, France, combining influences from rock, jazz, and traditional European sounds. Formed in 2006, the group members originally attended and met at the Music Halle in Toulouse. The name Alfie Ryner was created to depict a fictional trumpet player, the subject of their 2010 debut album Memorial 1. The band consists of Loris Pertoldi (drums), Paco Serrano (saxophone/voice), Guillaume Pique (trombone), Gerad Gimenez (guitar) and Guillaume Gendre (bass). As a group, they have been active participants in the MATCH AND FUSE musical community, an organization devoted to international cultural exchange by way of shared bills and multi-national festivals. 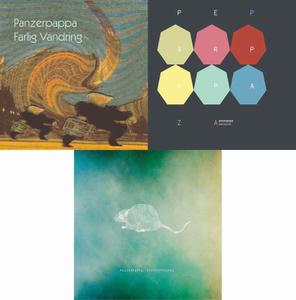 The multi-instrumentalist members of Norwegian quartet Panzerpappa play an appealing blend of Canterbury-esque prog and Rock in Opposition-flavored avant-prog.
Panzerpappa is one of the finest RIO/Avant bands out there currently, these guys have strong influences from bands like Univers Zero and Samla Mammas Manna, and together with the band's amazing musicianship there's no doubt that these guys are something to really check out. The music can best be described as modern Symphonic RIO with very eclectic instrumentation. This stuff is extremely complex, very progressive and avoids the "repeating ourselves" trap (something that many other bands have failed) with elegance; It's very fresh sounding and original with other words, and the melodies are excellent. 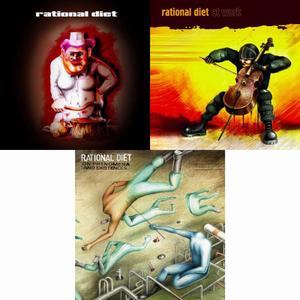 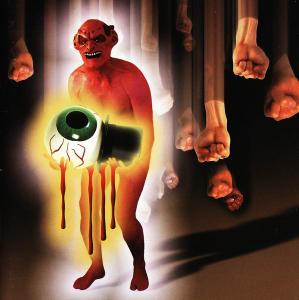 To mark their 30th anniversary as a band, the Residents released this strangely programmatic album, their first since 1998's Wormwood: Curious Stories From the Bible. According to Cryptic Corporation (the band's corporate face), the songs on Demons Dance Alone were "written for the most part in the days following September 11" and "capture a quite different side of the Residents" - a vulnerable and questioning side that poses unanswerable questions.
With all the albums in The Residents discography, this one is one of their best. You still get a lot of The Residents signature sound, but this time it is done with more reverence to deal with the subject matter… 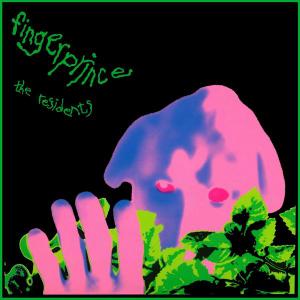 This transitional album for the group may not be one of their best, but makes up for it in historical importance. The self-created myth has that the album was intended to be the first three-sided release, what probably transpired was that the group had more songs than could be fit on a vinyl LP, so a few years later the remaining tracks were released as the Babyfingers EP. Both EP and LP tracks are on the CD reissue, however. Fingerprince is one side of songs, a melding of their earlier, primitive side (their old piano, heard so well on Meet the Residents, is still in service here) with their sinister pop side that would be perfected on Duck Stab and The Commercial Album (including their treated, cheap-sounding drum machines)… 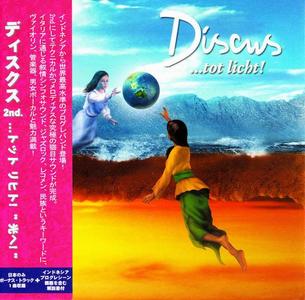 Warning: this is not your average progressive rock album. Discus could almost be described as the Indonesian Mr. Bungle - almost. They are not that frantic in terms of style-surfing and they don't have a singer as mad as Mike Patton, but they sure match Mr. Bungle in terms of virtuosity, eclecticism, and heavy rocking. This eight-piece group (a luxury in prog rock, where there's hardly a dollar to be made for a trio), with five lead singers, hops around between heavy metal, fusion jazz, contemporary classical, symphonic progressive rock, and traditional Indonesian music, usually touching all these bases within a single ten-minute song. The vocal parts are intricate, combining male and female vocals, several singers trading the lead and occasionally joining in complex polyphonic segments… 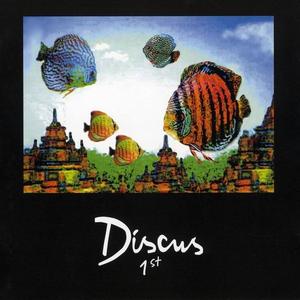 This 8-piece band consists of musicians with different musical backgrounds, but they are led by a guitarist/composer who loves progressive rock. Discus' music tends to mix prog, jazz, Indonesian pop, Gamelan, Zappa, swing, fusion, and even a bit of zeuhl to form a highly original, and diverse sound. These guys, for example, are not afraid of jumping from a progressive Gamelan section straight into something influenced by the 1940s jazz scene. The jump from style to style is fascinating, and refreshing to hear. Discus' debut CD serves as a great introduction to each of the musician's background (almost similar in concept to Yes' "Fragile"), but it isn't entirely progressive rock. The album begins and ends with two rather long prog compositions that mix Gamelan and local influences. Another track features smoking Zappa-esque fusion… 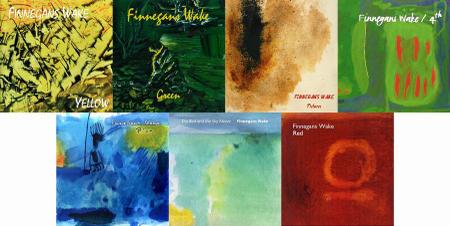 Finnegans Wake is a progressive rock band that started in 1993. The purpose was to develop an approach centered on the legacy of the past prestigious seventies bands (Henry Cow, Van der Graaf Generator) blending with other influences, such as contemporary, folk and jazz references. The band started in Brussels (Belgium) and is now based in João Pessoa (PB) in Brazil where Henry Krutzen moved in 2001. 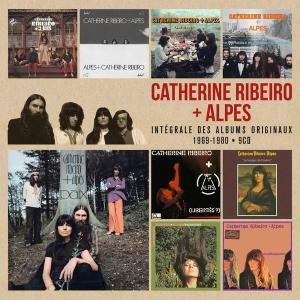 During the 70's, Catherine Ribeiro & Alpes recorded a string of stunning and successful albums, gathering a few plaudits and yearly awards from specialized press, played throughout Europe and even in Latin America and Northern Africa and are now seen as an iconic group of the hippy 70's in France. Their music is rather experimental and hard to define and involves folk, progressive and improvisation. Their use of seldom-seen percuphone and cosmophone (both alpine instruments), their lengthy Poème Non-Epique pieces, Ribeiro's anarchist avant-garde and ecologist lyrics and doomed atmosphere (there is some VdGG feel in their music) made this group a very distinct and very original group that has their own sound… 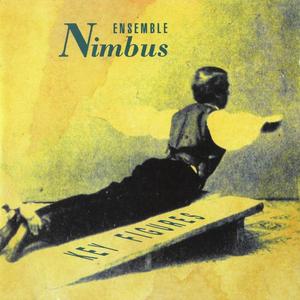 Ensemble Nimbus is a Swedish quartet (keyboards, clarinet, viola and percussions) that belongs to the tradition of Scandinavia's orchestral-grade progressive-rock with a touch of Univers Zero. A very modern and lively twist on the Zamla/RIO/Zeuhl type sound, but high-tech and very very lively, featuring Hasse Bruniusson (ex-Zamla Mammaz Manna) on drums. Bruniusson is also a member of the better known Roine Stolt's Flower Kings where he is the bands percussionist. Within Ensemble Nimbus he also plays acoustic & electric drums as well as adding the percussion. This band, yet another Swedish band, is described as the "second generation of European… RIO. 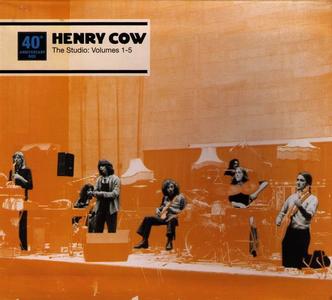 British progressive pioneers Henry Cow was the leading group of the Rock In Opposition (R.I.O. for short) movement, initiated by their drummer Chris Cutler. All members of Henry Cow have been involved in collaborations with Canterbury groups and artists at one point or another, and most of them still are. Their music aged amazingly well over the last 20 years due to diverse influences: some of its roots in the Canterbury school, most notably early Soft Machine, other influences (Frank Zappa, Bela Bartok, Kurt Weil). The group functioned more or less as a collective, with a true group identity that changed from album to album as members came and went… 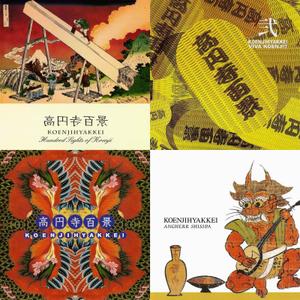 Take Magma, Area and ELP at their most excessive, feed them an overdose of caffeine and you'll get the gist of what Koenjihyakkei sound like. Or imagine the speed of Deus Ex Machina and then add many more tempo changes and musical ideas. Anyone not ready for some insane, amphetamine-driven prog are advised to stay clear of this foursome. As for others, they're in for the musical roller coaster of their lives. Headed by vocalist, composer and drummer extraordinaire Tatsuya Yoshida, this Zeuhl quartet is an offshoot of Japanese cult duo Ruins. All of the group's albums are insanely hyper, all exploding with flashy keyboard lines, intricate death-metal guitar riffs, speedy, convoluted bass/drum patterns, operatic female vocals that border on apocalyptic war cries and chanted in a language of their own (a nod to Magma); all this combined with a superhuman technique and catchy, complex arrangements. 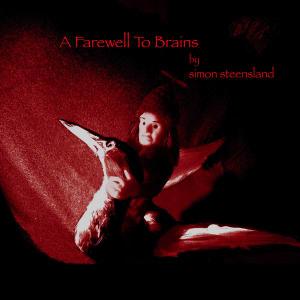 Swedish composer and musician Simon Steensland is a veteran creator of music in the progressive circuit. He released his debut album back in 1993, and has released new albums on a fairly regular basis in the years that have passed since then. "A Farewell to Brains" is his seventh studio production, and was issued through Altrock Records in 2015.
A stellar cast of musicians sees to it that Steensland's visions, that at least from a musical point of view are firmly placed on the dark and gloomy side of things, are brought to full life in a mesmerizing manner on "A Farewell to Brains". A visionary production with material rather unlike much else you'll encounter, most certainly residing within the more challenging corners of the avant-garde progressive rock universe, a transfixing journey into realms rarely explored by others… 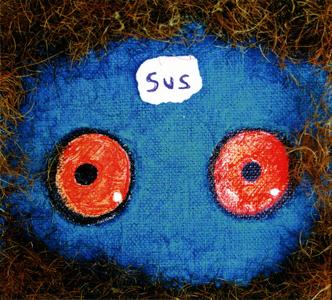 French trio, that know no limitations and prohibitions. Impressive and delirious, the trio combines raw madness and virtuosity, they dance and dash between the energy of punk, the beauty of chamber music and the chaos of a factory on the brink of explosion. Sus, the new album of the ultra-speed superhero trio is steeped in maturity. The record consists of two epic 20 minute pieces where humour gives up its place to lyricism and Occitan poetry. Serenades of love, sky and sea intercourse, mad dogs shrieking from the bottom of a well…. PoiL have removed their red costumes and donned troubadour’s cap, ostensibly calmer but forever close to madness.