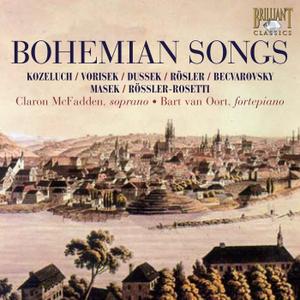 Bohemia at the end of the 18th century and the early 19th was teeming with highly skilled composers and musicians, centred around the city of Prague. Charles Burney described it as ‘the conservatory of Europe’. He also found that rural areas were rich in musical activities, especially in schools. The majority of the composers wrote for their particular instrument, and the names of Dussek and Kozeluch in particular have survived to this day. They along with Vorisek are the best known composers on this fascinating programme of songs from this golden age of Czech music. 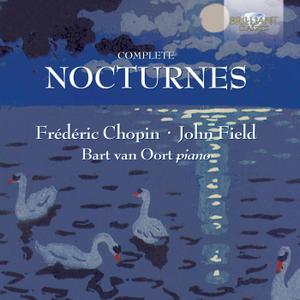 A wonderful idea brilliantly executed, Bart van Oort's four-disc set entitled The Art of the Nocturne is not only an in-depth examination of one of the most romantic of romantic musical forms, but also a really sexy set of seduction discs that cannot fail to warm even the coldest heart. The first disc in Oort's survey includes all the elegantly expressive Nocturnes of Irish-Russian composer John Field, the second and third discs include all the supremely sensual Nocturnes of Polish-French composer Frédéric Chopin, and the fourth disc includes individual Nocturnes by various contemporaries of Chopin, of whom the best known are Clara Schumann and Charles-Valentin Alkan and the least known is Ignacy Feliks Dobrzynski.