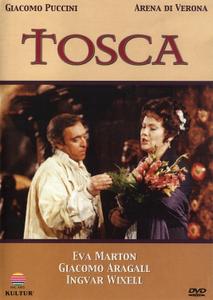 Tosca is a story of lust and crime, originally written for Sarah Bernhardt by the French playwright, Victorien Sardou. Puccini’s genius lay in his remarkable ability to transform such a tale into an opera of the highest drama and passion. Tosca was central to Puccini’s career and revealed a new refinement and fluency in his work. Through Tosca, a drama of idealistic young love, Puccini was bidding farewell to young manhood, with melodic style and rousing passion.This production of one of Puccini’s best-loved works from the magnificent Roman amphitheatre in Verona features the outstanding performances of Eva Marton in the title role, with Ingvar Wixell as a superbly wicked Scarpia and Giacomo Aragall as the ill-fated Cavaradossi. 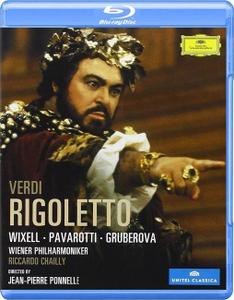 This extraordinarily powerful 1983 production may be the best-sung performance by Luciano Pavarotti on DVD, but when acting values are counted in, Ingvar Wixell manages to outshine the tenor star. Verdi gave the Duke two of Italian opera's most brilliant arias ("Questa o quella" and "La donna e mobile"), but he gave the deformed jester Rigoletto a depth and complexity of character that is reflected in music of great variety and enormous emotional impact: the cruel mockery of the opening scene, the self-doubts inspired by his dialogue with Sparafucile, the paternal anxieties and final despair at his daughter's sad fate, and the burning, self-destructive thirst for revenge. All these motives work their way into music of great dramatic richness, variety, and intensity. Wixell rises to its challenges, not only in the title role but in a cameo appearance as Rigoletto's nemesis Monterone. Location filming provides an atmosphere unavailable in staged productions. (Joe McLellan) 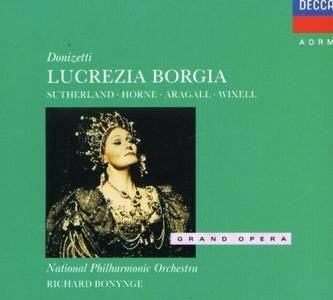 “Sutherland is in her element here - and what a wonderful score it is too…Horne has the odd moment of unsteadiness in the early parts of the opera, but she is impressive in the brilliant Brindisi of the last Act” (The Penguin Guide)