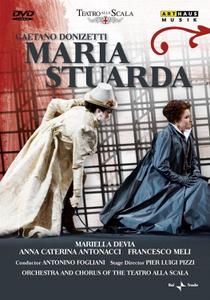 Two queens on one island. A recipe for disaster. Especially as both have a legitimate claim to the other’s throne. They are, after all, related… So the power politics are the name of the game. And, for reasons of state, one of the heads that wears a crown has to roll. Maria Stuarda was laid to rest for more than a hundred years, finally being revived in 1958 in Bergamo under conductor Oliviero de Fabritiis. However the real breakthrough for the opera fi nally came with Giorgio de Lullo’s Florentine production for the Maggio Musicale in 1967 (with set design and costumes by Pier Luigi Pizzi, director, set designer and costume designer at La Scala in 2008). 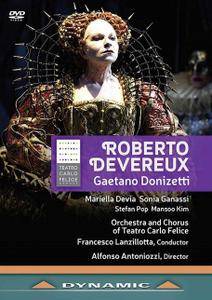 Donizetti composed Roberto Devereux during a period of intense creativity. The work had an uninterrupted 10-year run after its première in 1837, before going on to enjoy international success throughout Europe and in the Americas, with versions in French, German, Russian and Hungarian. When Donizetti moved to Paris in 1838, he furnished the opera with the overture that paraphrases the British anthem God Save the Queen. The Queen dominates from her very first appearance, a true protagonist, performed here by the great Mariella Devia: her pure voice, impeccable intonation and great stage presence, all combined with the technical qualities of her voice, led to an extended standing ovation. It was a triumph, too, for Sonia Ganassi (Sarah) and the tenor Stefan Pop (Devereux). Donizetti's great tragedy is his undisputed masterpiece of melancholic romanticism, with the doomed love between Lucia and Edgardo retold from Sir Walter Scott's novel The Bride of Lammermoor. The 1992 production heightens the story’s powerful libretto with its dramatic visual design and first class musical performances.