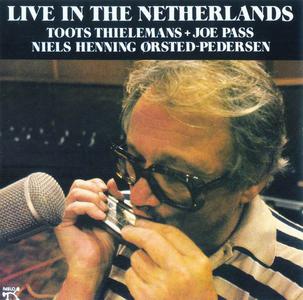 This rather memorable Pablo recording, his only album as a leader for Norman Granz's label (although he made several notable appearances as a sideman), features the great jazz harmonica player Toots Thielemans in a sparse trio with guitarist Joe Pass and bassist Niels Pedersen. The four main numbers ("Blues in the Closet," "Thriving on a Riff," "Autumn Leaves," and "Someday My Prince Will Come") are pure bebop, and Thielemans' solo guitar rendition of "The Mooche" is also a highlight. 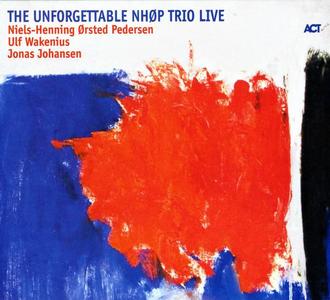 Niels Pedersen became one of the most heralded jazz bassists of his generation, playing with Bud Powell and Sonny Rollins while gaining international acclaim for his many recordings with Oscar Peterson. But the phenomenal bassist, whose sound is readily identifiable with a note or two, especially shined as a leader. This live CD documents a pair of concerts with guitarist Ulf Wakenius (who also worked with Peterson) and drummer Jonas Johansen, the first five tracks from 1999 and the last six from Pedersen's final recorded concert in March 2005, just a few weeks before his sudden death from a heart attack… 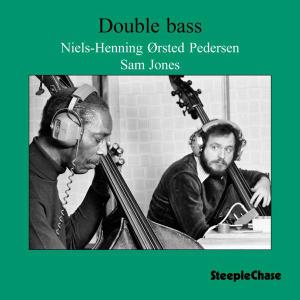 Niels-Henning Ørsted Pedersen was quite comfortable in extending an invitation to Sam Jones for this unusual recording date, which features the two bassists, along with guitarist Philip Catherine (who sticks to playing acoustic) and drummer Billy Higgins, with Albert "Tootie" Heath's tambourine added on two tracks. Both bassists had played with the formidable pianist Oscar Peterson, so they not only knew something about playing rhythm but were very potent soloists to boot. Pedersen's singing tone contrasts with the darker sound of Jones, though the players nimbly shift roles throughout the sessions. Among the highlights is a bright, breezy setting of John Coltrane's "Giant Steps," Jones' lush ballad "Miss Morgan," and a dramatic take of "Yesterdays." This fun date was evidently the only time Niels-Henning Ørsted Pedersen and Sam Jones had the opportunity to work together, but they made the most of it. 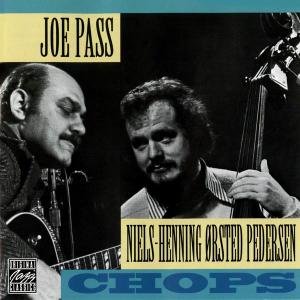 The word "chops" is a major understatement when describing the talents of guitarist Joe Pass and bassist Niels-Henning Ørsted Pedersen. Their duo Pablo date is as exciting and full of inventive interplay as one would hope. Pass and Pedersen play an ad-lib blues, nine jazz standards including a three-quarters version of "Lover Man," plus "Oleo," "Quiet Nights," "Tricrotism," and "Yardbird Suite." Pass in particular sounds stimulated during this session and comes up with some of his hottest playing. 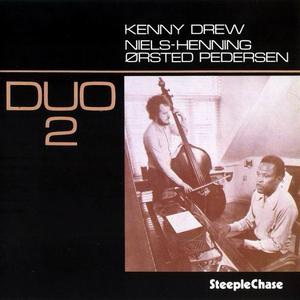 After a long period off of records (at least as a leader), pianist Kenny Drew emerged in 1973 for a duo session with bassist Niels Pederson. For their rematch in 1974, Drew and Pederson performed one original apiece, five standards (including "A Child Is Born" and "My Shining Hour") and jazz interpretations of a couple of Scandinavian folk songs. The pianist's style was largely unchanged from the 1950s except that he had grown a bit as a player and was open to some more modern chord voicings. The music on this encounter with the virtuosic bassist Niels Pederson should easily appeal to Kenny Drew's fans. 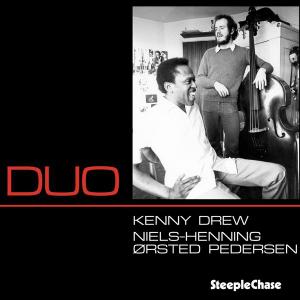 A talented bop-based pianist (whose son has been one of the brightest pianists of the 1990s), Kenny Drew was somewhat underrated due to his decision to permanently move to Copenhagen in 1964. He made his recording debut in 1949 with Howard McGhee and in the 1950s was featured on sessions with a who's who of jazz, including Charlie Parker, Coleman Hawkins, Lester Young, Milt Jackson, Buddy DeFranco's quartet, Dinah Washington, and Buddy Rich (1958). Drew led sessions for Blue Note, Norgran, Pacific Jazz, Riverside, and the obscure Judson label during 1953-1960; most of the sessions are available on CD. He moved to Paris in 1961 and relocated to Copenhagen in 1964 where he was co-owner of the Matrix label. He formed a duo with Niels-Henning Orsted Pederson and worked regularly at the Montmartre. Drew recorded many dates for SteepleChase in the 1970s and remained active up until his death… 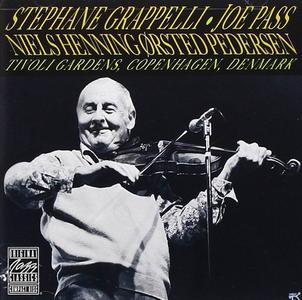 By the time the 71-year-old Stephane Grappelli made this live trio recording with guitarist Joe Pass and bassist Niels-Henning Orsted Pedersen, his legacy as the greatest of all jazz violinists was firmly in place. Granted, that made him first in a fairly short line of colleagues - other than Joe Venuti and Stuff Smith, who else was there to consider? (Jean-Luc Ponty doesn't count.) But it's hard to imagine another player, regardless of virtuosity, ever conveying the same sense of swing and simple joie de vivre that Grappelli does with virtually every note. Nor does it hurt that his accompanists on this album are among the finest in their fields; Orsted Pedersen plays with a solidity and rhythmic power that are enough to make you forget the absence of a drummer, while Pass slides effortlessly between unobtrusive chordal backup and bravura soloing…