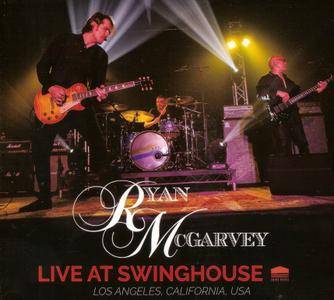 This very special, and intimate evening was recorded LIVE in 2016 at Swinghouse Studios (Los Angeles, California USA). It consisted of Ryan McGarvey on Guitar/Vocals, Logan Miles Nix (John5 & The Creatures) on Drums, and Carmine Rojas (David Bowie/Rod Stewart/Tina Turner/Joe Bonamassa/etc) on Bass. This performance included such crowd favorites as "My Heart TO You", "Memphis", and "Joyride". As well as epic orchestrations of key original songs "Prove Myself", and "Mystic Dream". Ryan McGarvey is a star on the rise. In just the past few years his accolades have included being selected by Eric Clapton from over 4,000+ artists worldwide to perform at his 2010 Crossroads Guitar Festival in Chicago, to the Guitar Player Magazine’s Annual Readers Choice Award for “Best New Talent” in 2013.