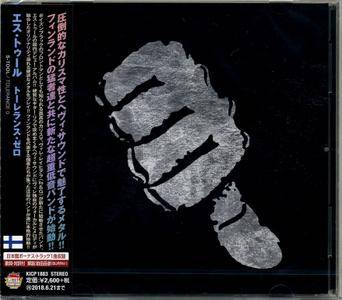 A lot has happened in Ville Laihiala’s musical career. The frontman/vocalist that most of us know as the former Sentenced vocalist and the frontman of Poisonblack made a sudden decision and disbanded Poisonblack 2 years ago. Many fans wondered what he was going to do… VL ended the discussion by forming S-TOOL in 2016. Some familiar names in the Finnish metal scene joined him in this project. They have managed to speed things up by launching a crowdfunding campaign which was a success thanks to many fans, friends and Radio Rock. The result? The debut album of S-TOOL named “Tolerance 0”. Let’s dig deep.