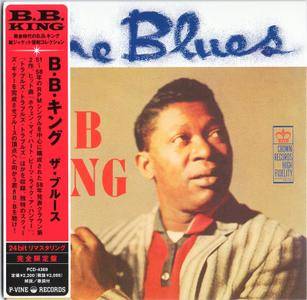 Originally released in 1958 by the budget-priced Crown label, The Blues collected a dozen sides B.B. King cut for RPM and Kent between 1951 and 1958… 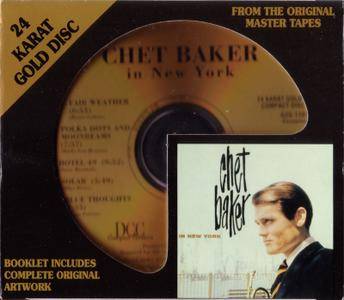 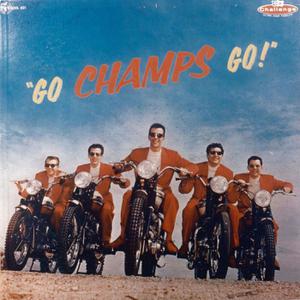 The Champs had a huge hit with "Tequila" in 1958 and its raw, loose barroom saxophone riff has kept it a radio, soundtrack, and drinking contest staple ever since. 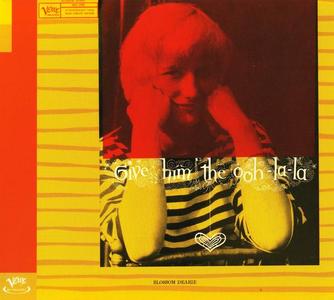 Of the six recordings Blossom Dearie did for the Verve label in the '50s, Give Him the Ooh-La-La is the third one to be released on CD. Three titles still remain in the vaults including a Betty Comden and Johnny Green tribute as well as a Broadway Hits collection. It's a shame because Dearie's girlishly dynamic voice, subtle piano playing, and rarified choice of contemporary material made her recordings unique among '50s jazz vocal outings. Give Him the Ooh-La-La is no exception, with stellar backing by regular bassist Ray Brown, drummer Jo Jones and guitarist Herb Ellis, and Dearie's taut arrangements of a set of glowing ballads and brisk swingers. Included are a few well-worn standards like "Just One of Those Things" and "Between the Devil and the Deep Blue Sea"… 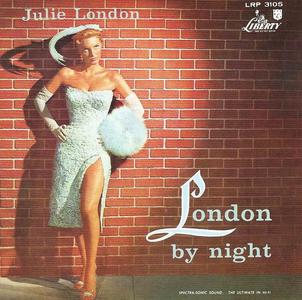 1958's London By Night is a typically high-class, high quality Julie London album. The standards and original tunes on the disc are strung together in such a way that they form a narrative of a lovelorn woman finding true love, getting dumped, and wandering around sadly until finding romantic redemption in the final song. London specialized in downbeat numbers and even the positive love songs are languid and moody, so they jibe well with the wrist-slashers that make up the majority of the album. Many of London's albums feature a song or two by her husband, Bobby Troup. London By Night is no exception and it features two Troup originals: the opening track, "Well, Sir," and "Just the Way I Am," which closes with the emotionally naked line "What a fool I was to dream that someday you could love me just the way I am"… 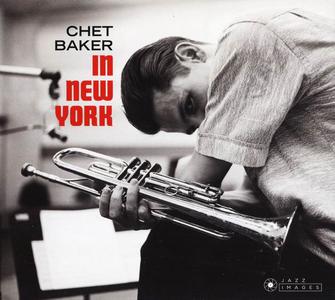 Chet Baker in New York features the trumpeter in the company of a strong New York unit including Johnny Griffin, Al Haig, Paul Chambers and Philly Joe Jones. These tracks mark the only collaborative recordings by Baker and Griffin. A reading of “Soft Winds” that completes the sessions (originally released on the various artists album New Blue Horns), and a full date that was recorded in New York the following year (on which Baker plays four songs by Alan Jay Lerner and Frederick Loewe) have been added as a bonus. 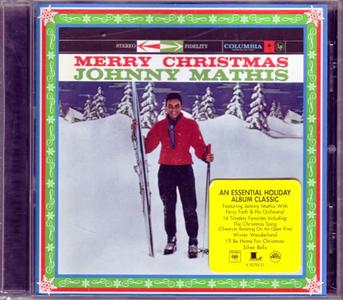 Johnny Mathis - Merry Christmas (1958) [2003, Remastered with Bonus Tracks]
Jazz, Traditional Pop, Holiday, Christmas | EAC Rip | FLAC, Img+CUE+LOG+Scans (PNG) | 50:29 | 477,54 Mb
Label: Columbia/Legacy (USA) | Cat.# CK 92705 | Released: 2003-09-16 (1958-10-06)
"Merry Christmas" is the first Christmas album by American pop singer Johnny Mathis and was released by Columbia Records on October 6, 1958. The selections are a mix of traditional Christmas carols ("Silent Night", "O Holy Night", "The First Noel") and holiday hits ("The Christmas Song", "White Christmas", "Silver Bells"). The album debuted on Billboard magazine's list of the 25 Best-Selling Pop LPs in the US in its December 15, 1958, issue and got as high as #3 during its initial four-week run. It made additional appearances there each holiday season from 1959 to 1962 and on the magazine's Christmas Albums and Pop Catalog Albums charts in subsequent years. It received Gold certification from the Recording Industry Association of America for sales of 500,000 copies in the US in December 1960 and in 2013 ranked as one of the top selling Christmas albums of all time with five million copies sold.
Jazz Traditional Pop Holiday Christmas lossless FLAC 1958 1961 CD-Rip + Scans Johnny Mathis
Details 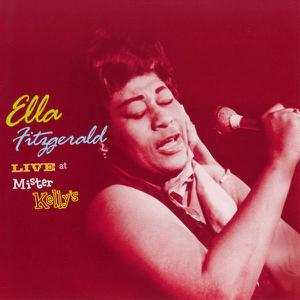 Ella Fitzgerald didn't lack for live recording opportunities in the late '50s, which on the surface, would make this first issue of a 1958 Chicago live club date an easy one to pass on. Verve label head Norman Granz recorded her often in the '50s with an eye to releasing live albums, which he did with her shows at Newport in 1957 and Los Angeles' Opera House in 1958 (not to mention another 1958 concert in Rome that was released 30 years later to wide acclaim). Those shows, however, differed widely from this one, which found her in front of a very small audience at Chicago's jazz Mecca Mister Kelly's (Sarah Vaughan's landmark At Mister Kelly's was recorded there four months earlier)… 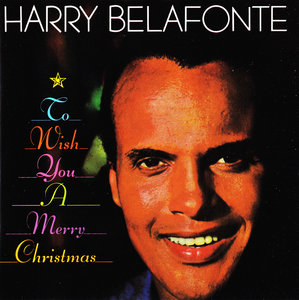 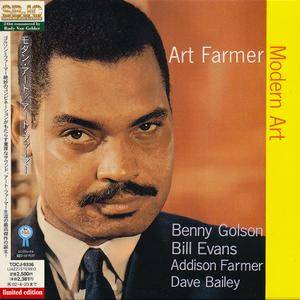 Modern Art is the prelude recording for Art Farmer prior to his partnership with Benny Golson in the Jazztet, and also foreshadows the classy, tasteful inventiveness that group brought to the modern jazz world two years after this 1958 session. Pianist Bill Evans is in here, just before his pivotal work with Miles Davis on the classic album Kind of Blue, and was the table setter for McCoy Tyner's membership in the Jazztet. Brother Addison Farmer on bass and the great drummer Dave Bailey round out this sterling quintet that specializes in playing music with a subtle approach, which is neither tame nor conservatively lazy. Included on this date is the great Junior Mance tune "Jubilation," perfectly understated in a light gospel, soul-jazz, tuneful melody with both horns wonderfully matched up in balanced unison, side by side. 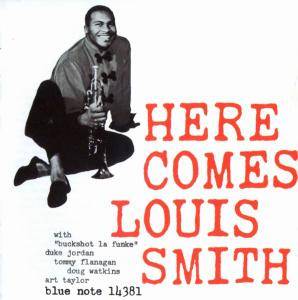 Louis Smith had a brilliant debut on this Blue Note album, his first of two before becoming a full-time teacher. The opener (Duke Pearson's "Tribute to Brownie") was a perfect piece for Smith to interpret, since his style was heavily influenced by Clifford Brown (who had died the previous year). He is also in excellent form on four of his basic originals and takes a particularly memorable solo on a haunting rendition of "Stardust." Altoist Cannonball Adderley (who used the pseudonym of "Buckshot La Funke" on this set, a name later used by Branford Marsalis), Duke Jordan or Tommy Flanagan on piano, bassist Doug Watkins, and drummer Art Taylor make for a potent supporting cast, but the focus is mostly on the criminally obscure Louis Smith. After cutting his second Blue Note set and switching to teaching, Smith would not record again as a leader until 1978. 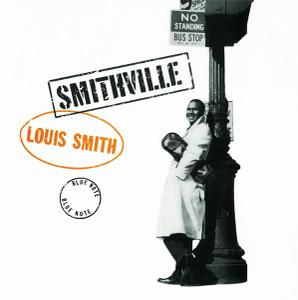 Like his debut, Smithville is another set of thoroughly winning straight-ahead bop from the underappreciated trumpeter Louis Smith. Stylistically, there are no surprises here - this is mainstream bop and hard bop, comprised of original and contemporary bop numbers, as well as standards ("There'll Never Be Another You," "Embraceable You") - but since the music is performed so well, it doesn't matter. There is genuine passion to this music, not only from Smith, but also from pianist Sonny Clark, tenor saxophonist Charlie Rouse, bassist Paul Chambers and drummer Art Taylor. It's a first-rate hard bop set that deserves wider distribution than it has received. 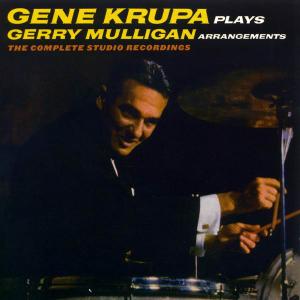 Gerry Mulligan was only 19 in 1946 when he joined Gene Krupa's band, playing a bit of alto and tenor sax, but primarily serving as an arranger. But the Verve LP Gene Krupa Plays Gerry Mulligan Arrangements wasn't made until 1958, long after Mulligan went out on his own. Although there are solo features built into the framework of each piece, Mulligan was quite confident in his ability to showcase the entire band as well. Mulligan's "Disc Jockey Jump" became a hit for Krupa, though it wasn't recorded until after he left the band. The vague liner notes fail to identify any of the musicians in Krupa's big band, which includes Jimmy Cleveland, Hank Jones, Barry Galbraith, Kai Winding, and Phil Woods, though Woods' alto sax solos are easily identifiable to his fans… 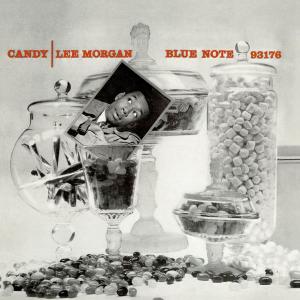 Recorded when he was only 19, Candy was one of the first albums (along with The Cooker, recorded the same year) where Lee Morgan showed his own unique style. His prodigal technical virtuosity had already been proven at this time in the Dizzy Gilliespie band, but Morgan's first solo ventures had been remarkable only because of his young age. Here, the influence of some of Morgan's mentors can be seen, but instead of just emulating the style of older trumpeters like Clifford Brown, he has begun absorbing bits and pieces of the phrasing and style of a wide range of musicians, from Gillespie to Miles Davis, then using them to forge his own sound. Morgan places himself front and center here - there are no other horns to carry the melodic lines, leaving him quite exposed, but he manages to perform beautifully… 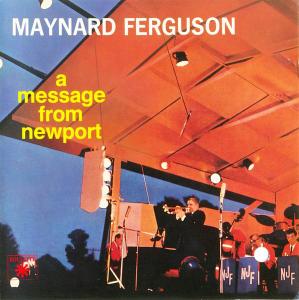 Trumpeter Maynard Ferguson leads his big band in a fiery date recorded in 1958, not at the Newport Festival but in New York. He was playing no-holds-barred, straight-ahead jazz at this time, and doing it with gusto. The band included Bill Chase in his pre-fusion period, Slide Hampton, and Carmen Leggion, and had a good mix between veterans and emerging youngsters.