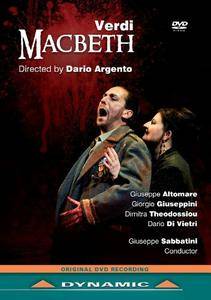 This score undoubtedly marks an important turning point in Verdi's operatic writing, because it brings to the foreground the characters' introspective, psychological aspect, which would be the fundamental feature of most of the maestro's later creations. This recording documents the production staged at Novara's Teatro Coccia during the 2013-2014 season, with Dario Argento tackling for the rst time the direction of an opera. Verdi's masterpiece was not new to the director from Rome, who had used it as backdrop for his 1987 lm Opera, set at the Teatro Regio in Parma, indeed during a staging of Macbeth. 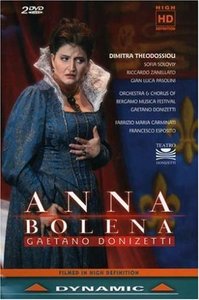 In the summer of 1830 the impresarios of Teatro Carcano contacted Donizetti and asked him to compose a new opera for the season’s opening. At the moment of signing the contract Donizetti still ignored the subject of the new opera; but he knew that the librettist would be Felice Romani and the female protagonist Giuditta Pasta. Success was resounding and unanimous, also with the critics. Donizetti had indeed reached artistic maturity. Anna Bolena tells of a human drama of solitude and oppression; it is a work of psychological introspection centred.