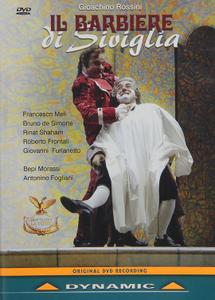 In a time when operas are often set to different contexts from the ones they were intended for, a philological production has its merits, representing both a rediscovery and a provocation. This Barbiere di Siviglia, which at first sight might appear old-fashioned, restores, in fact, to perfection the setting of an early 19th-centrury Italian theatre. It was a time when the glorious tradition of popular comedy, a direct descendant of the 16th-century “commedia dell’arte”, was very much alive, and the singers entertained the audience with humor that was direct and catchy.