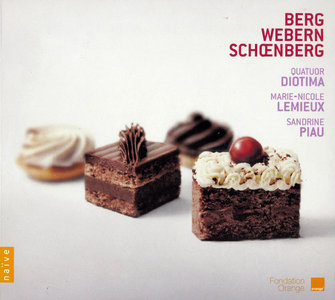 Recordings that include strings quartets by Schoenberg, Berg, and Webern are common, but an album that includes music for quartet and voice by each of them is a rarity. Schoenberg's Second String Quartet, with a part for soprano in its third and fourth movements, is standard repertoire, but the version of Berg's Lyric Suite with a vocal part in the final movement is highly unusual, and Webern's bagatelle with voice, an unpublished movement apparently once intended to be part of the Six Bagatelles, Op. 9, receives what is probably its first recording. Novelty aside, the high standards of these performances make this a formidable release. Founded just before the turn of the millennium, Quatuor Diotima plays with the assurance and mutual understanding of a seasoned ensemble. The quartet has a lean, clean sound and the ensemble is immaculate, playing with exquisite expressiveness, an ideal combination for this repertoire. 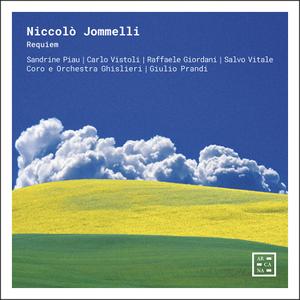 After the great success of their first disc for Arcana featuring two unpublished masterpieces by Pergolesi, which won the ‘Diapason Découverte’ award, Giulio Prandi and the Coro e Orchestra Ghislieri return with a new recording, devoted to Niccolò Jommelli’s Requiem. Composed in 1756 for the solemn obsequies of the Duke of Württemberg’s mother, it became the most popular Requiem setting in Europe until Mozart’s, written in 1791. 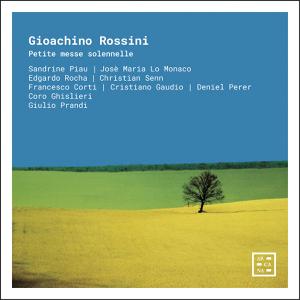 This is the third recording to represent Giulio Prandi’s interpretative research on the great Italian choral repertory, after the special and successful releases of works by Jommelli and Pergolesi, cornerstones of the golden age of the Neapolitan school. Faced with the challenge posed by Rossini’s essential masterpiece, Prandi has chosen an original and courageous path, following deep reflection. The new critical edition of the Rossini Foundation of Pesaro is used here for the first time in a recording studio; three rare instruments roughly contemporary with the work – pianos by rard and Pleyel, a D bain harmonium – have been selected to ensure an authentic, vital, luminous sound, guaranteed by the artistry of the keyboardist and professor at the Schola Cantorum Basiliensis Francesco Corti; four illustrious soloists have been engaged: Sandrine Piau, Jos Maria Lo Monaco, Edgardo Rocha and Christian Senn. Finally, the fundamental contribution of the Coro Ghislieri, an acknowledged world-class ensemble in early repertory, sets the seal on a recording of rare merit. 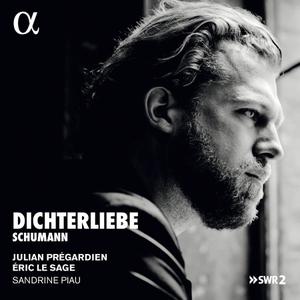 Julian Prégardien decided to record the Dichterliebe cycle after he came across the new Bärenreiter edition; he went on to explore the work in concerts with his constant accompanist, Eric Le Sage, inserting other works by Robert and also by Clara Schumann, whose bicentenary is celebrated in 2019. When Clara played the Dichterliebe in the 1860s, she used to slip extracts from Kreisleriana between the songs. Eric Le Sage records the same extracts on a Blüthner piano of 1856, the year of Robert’s death, and also to include Romances composed by both Robert and Clara at a time when their future marriage was still uncertain. The sublime ballade Löwenbraut also forms part of the programme – a reminder of the young Robert’s anguish on Clara’s departure. 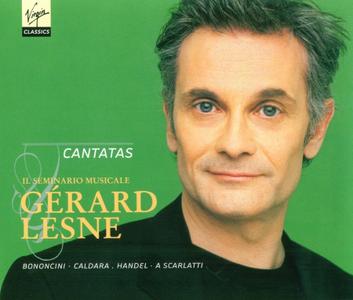 The cantata, to some extent, is a development from the madrigal that appeared in Italy at the start of the seventeenth century. While the madrigal was refined and delicate, the cantata evolved because composers felt the need to introduce a dramatic narrative element into vocal chamber music and thusly the music took a lighter, wittier turn.
Scarlatti is considered as one if the initiators, and also one of the reformers of this genre, whose outlines he established. In his cantatas for a single solo voice and continuo, Scarlatti treats the latter as a true partner of the voice. 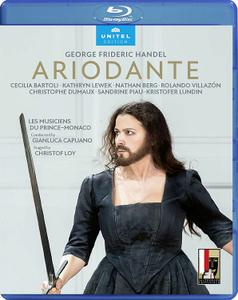 At Salzburg Festival, Cecilia Bartoli shines as Ariodante with her dazzling coloratura in a highly acclaimed new production by the German director Christoph Loy, who is known for his clever psychological stagings. Loy turns Handel's splendid baroque opera into an exciting and differentiated reflection on gender roles. A high-class ensemble, first and foremost a brilliant Cecilia Bartoli in the trouser role of the knight Ariodante who effortlessly switches between cheerful and lamenting virtuoso singing makes the production a true triumph. At her side perform audience favourite Rolando Villazón as Lurcano and young American soprano Kathryn Lewek, praised by critics as a „true discovery“ (Neue Zürcher Zeitung). 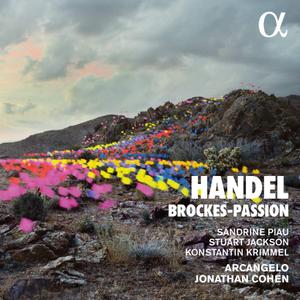 Barthold Heinrich Brockes wrote a libretto on the Passion of Christ – based on the account in Matthew’s Gospel – which was set to music by many composers of his time, including Reinhard Keiser, Georg Philip Telemann and George Frideric Handel. It is Handel’s version of the latter that the period-instrument ensemble Arcangelo has chosen to present here. Under the direction of Jonathan Cohen, these specialists in the Baroque repertory are joined by the voices of Sandrine Piau, whose numerous Handel recordings are regarded as a benchmark, the tenor Stuart Jackson and the baritone Konstantin Krimmel, recently revealed in a debut recital for Alpha. 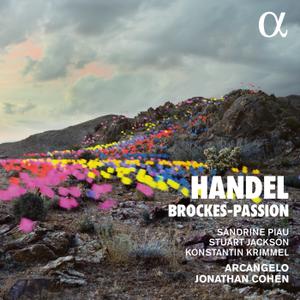 Barthold Heinrich Brockes wrote a libretto on the Passion of Christ – based on the account in Matthew’s Gospel – which was set to music by many composers of his time, including Reinhard Keiser, Georg Philip Telemann and George Frideric Handel. It is Handel’s version of the latter that the period-instrument ensemble Arcangelo has chosen to present here. Under the direction of Jonathan Cohen, these specialists in the Baroque repertory are joined by the voices of Sandrine Piau, whose numerous Handel recordings are regarded as a benchmark, the tenor Stuart Jackson and the baritone Konstantin Krimmel, recently revealed in a debut recital for Alpha (Saga, ALPHA549). Together they resurrect the operatic splendour of a work that was first performed in 1719 and is thought to have influenced numerous passages of J. S. Bach’s St John Passion, written a few years later. 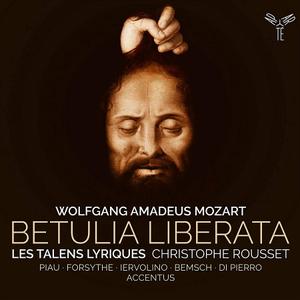 Composed in 1771 to a libretto by Metastasio tracing the well-known biblical story of Judith and Holofernes, La Betulia liberata was Mozart’s first oratorio. Often described as a stroke of genius, this recording by Les Talens Lyriques and Christophe Rousset, with Sandrine Piau, Amanda Forsythe and Teresa Iervolino, shows the dramatic intensity of which he was already capable at the age of just fifteen and the influence of his early experiences with opera. 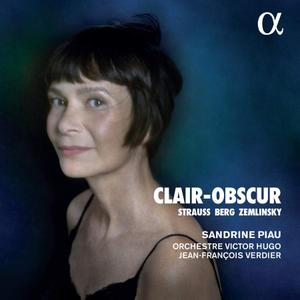 ‘The dreamer! That double of our existence, that chiaroscuro of the thinking being’, wrote Gaston Bachelard in 1961. ‘The old is dying, the new cannot be born, and in that chiaroscuro, monsters appear’, adds Antonio Gramsci. Sandrine Piau has chosen to use these two quotations as an epigraph to her new recording: ‘My family and friends know about this obsession that never leaves me completely. The antagonism between light and darkness. The chiaroscuro, the space in between…’ This programme, recorded with the Orchestre Victor Hugo under its conductor Jean-François Verdier, who is also principal clarinettist of the Paris Opéra, travels between the chilly Rhenish forest of Waldgespräch, a ballad by Zemlinsky composed for soprano and small ensemble in 1895, the night of the first of Berg’s Seven Early Songs (1905-08), and the sunlight of Richard Strauss’s Morgen, which are followed by the Four Last Songs, composed in 1948, the first two of which, Frühling and September (evoking spring and autumn respectively) are also, as Sandrine Piau concludes, ‘the seasons of life’. 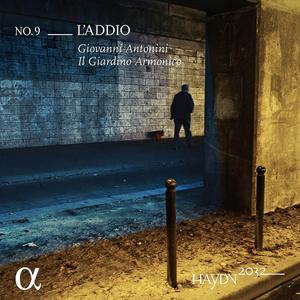 This ninth volume of the Haydn2032 series focuses on the composers psychological subtlety in its focus on a central work: his Symphony no.45, known as the Abschieds-Symphonie (Farewell Symphony), composed in 1772. It is said to have got its nickname from a symbolic message Haydn conveyed to Prince Esterházy when he and his orchestra were required to stay longer than planned in the Princes summer residence. On the occasion of the symphonys first performance, Haydn had arranged for the musicians to leave their places one by one during the final Adagio. 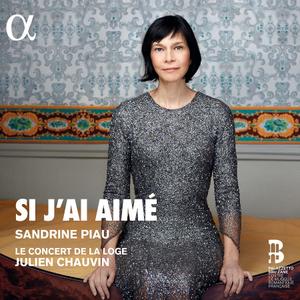 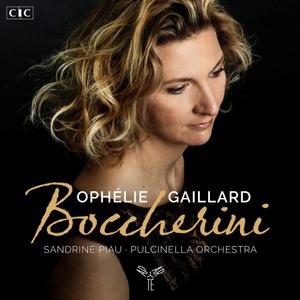 Cellist Ophélie Gaillard and Pulcinella Orchestra focus on Luigi Boccherini, Italian composer and first virtuoso cellist in history. Born in the Tuscany, Boccherini then went to the Court of Prussa and Spain. His musical education looks like a journey around Europe, as it used to be. 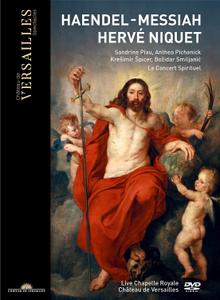 The resounding success Handel’s Messiah encountered the first time it was presented in Dublin in 1742 set the scene for its future. The oratorio depicts the Sacred History of Christ in three parts: the Nativity, Christ’s Passion and Resurrection and finally, Redemption. The alternance of airs and choirs is perfect and Handel’s musical knowledge infallible. Messiah quickly became the composer’s most successful work. It was played thirty-six times during his lifetime and has continued to be presented to modern day, embodying just how majestic and sublime music can be. During its première in London, King George II was so moved by the mythical Hallelujah! that he could not help but leap to his feet, with the entire audience following his lead. In the sumptuous Royal Chapel at Versailles, Hervé Niquet leads four impassioned soloists and a tremulous choir to the height of Handel’s most resplendent baroque edifice! 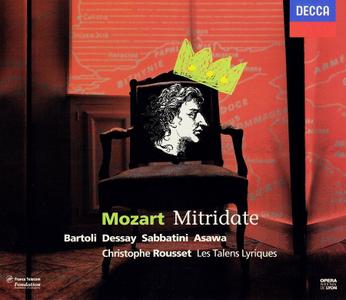 This full-length opera seria–written by Mozart at age 14–has had some strong recorded exposure in the past, but this set may bring it to a broader public than ever before. Now that Handel's operas in the same genre are much more in evidence, what once might've seemed like the work of an underdeveloped dramatist is only Mozart maintaining the status quo, which is a long, expository, musically conservative first act followed by two shorter acts with much more individualistic arias, some of them exquisite and among the composer's very best. Conductor Christophe Rousset is perfect for finding the dramatic center of every moment.