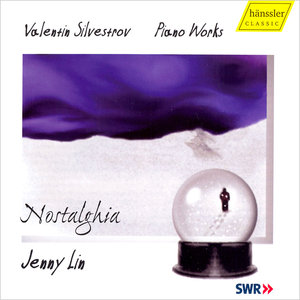 The music of Ukrainian composer Valentin Silvestrov is a unique and delicate tapestry of dramatic and emotional textures, that freely alludes to the entire history of music. "I do not write new music. My music is a response to and an echo of what already exists," Silvestrov has said. Beginning his creative career in the radical Soviet Avant-Garde, Silvestrov demonstrated an almost painful sensitivity to the intimacy that music can create between performer and listener. Silvestrov would later refute his modernist roots, saying “the most important lesson of the Avant-Garde is to be free of all conceived ideas, particularly those of the Avant-Garde” and began composing a series of works entitled “Postludium” that initiated the elegiac, poetic and highly personal relationship with silence which has come to characterize his most recent music. Haenssler Classic is proud to present pianist Jenny Lin in the World Premiere Recording of Silvestrov’s “Three Postludes”, a work composed especially for her. 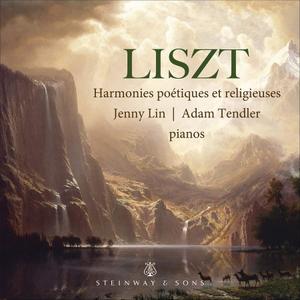 Performed here by pianists Jenny Lin and Adam Tendler, Liszt’s rarely heard Harmonies poétiques et religieuses is a sublime example of Liszt’s early compositions. Lin and Tendler alternate movements of this monumental piano cycle. 'We’re raised on this stuff. It’s in our bones. And now we can come at this music with a different kind of lens.' — Adam Tendler 'This is definitely a very private Liszt, one who’s retreated to his inner self.' — Jenny Lin 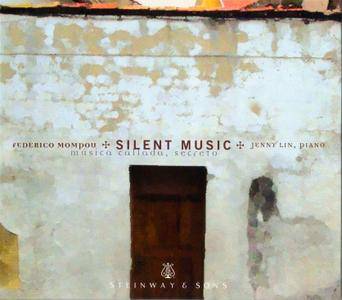 Música Callada (Music of Silence) is a very special work, one of the most beautiful and elusive in the entire piano repertoire. It is extremely difficult to perform. On the one hand, there’s the temptation to stretch each piece out hypnotically, if monotonously, while quicker speeds preserve the music’s melodic essence at the expense of much of its atmosphere and harmonic richness. For although much of the music is indeed quiet, and none of it moves quickly, it is all meaningful. Mompou himself found the perfect balance between incident and repose, and of all the pianists since, Jenny Lin arguably comes closest to doing the same, only in much better sound. It’s not so much that her tempos match Mompou’s own (she’s actually not copying him–it would hardly be possible in a work containing 28 individual pieces), but rather that her phrasing and sense of timing let the music breathe and sing with its own special poetry. To take just one example, consider the sadness that Lin finds in the fourth piece, “Afflitto e penoso”, by allowing the piece’s harmonic color time to speak simply and eloquently. 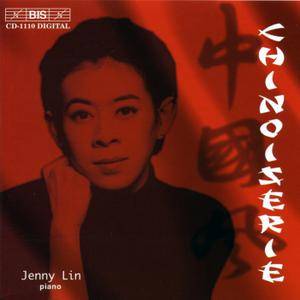 In BIS' Chinoiserie, pianist Jenny Lin brings one of the most compelling and relevant themed recitals to be heard on disc in years, a collection of pieces by Western composers that attempts to explore the subject of China in some regard, not only musically but culturally. 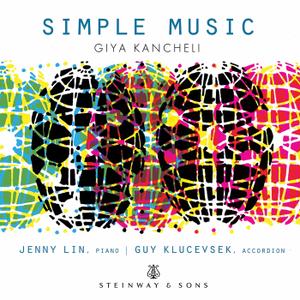 Simple Music for piano is a collection of inspired fragments from themes of classic Georgian plays and films for the stage and screen by Giya Kancheli (1935-2019). On this album the set is performed, improvised, arranged, even reimagined by the innovative pianist Jenny Lin and accordion virtuoso Guy Klucevsek as an engaging mixture of solos and duos.