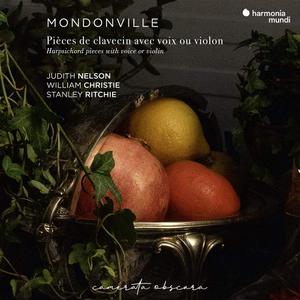 The artistic director of the ‘Concert Spirituel’ from 1752 to 1762, Mondonville was one of the most fashionable composers in Paris due to his ‘grands motets’. However, it was in the field of chamber music that he was a real innovator. In creating the sonata for harpsichord with violin accompaniment, he paved the way for a form soon to be raised to sublime heights by Mozart and Beethoven. By giving the harpsichord accompaniment to the human voice Mondonville carried the experiments to its utmost limits.