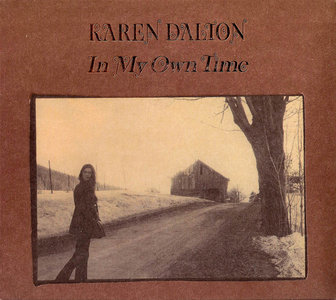 Deluxe remastered edition of this album from cult folk artist Karen Dalton. Recorded over a six month period in 1970/71 at Bearsville, In My Own Time was Dalton's only fully planned and realized studio album. The material was carefully selected and crafted for her by producer/musician Harvey Brooks, the Renaissance man of rock-jazz who played bass on Dylan's Highway 61 Revisited and Miles' Bitches Brew. It features ten songs that reflected Dalton's incredible ability to break just about anybody's heart - from her spectral evocation of Joe Tate's One Night of Love, to the dark tragedy of the traditional Katie Cruel. Known as a great interpreter of choice material, Dalton could master both country and soul genres with hauntingly pining covers of George Jones' Take Me and Holland-Dozier Holland's How Sweet It Is. 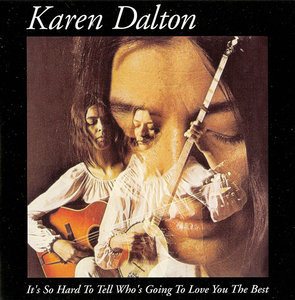 Some find Karen Dalton's voice difficult to listen to, and despite the Billie Holiday comparisons, it is rougher going than Lady Day. But Dalton's vocals aren't that hard to take, and they are expressive; like Buffy Sainte-Marie, it just does take some getting used to because of their unconventional timbre. Her debut album has a muted folk-rock feel reminiscent of Fred Neil's arrangements in the mid-'60s, unsurprising since Neil's Capitol-era producer, Nick Venet, produced this disc too, and since Dalton, a friend of Neil, covered a couple of Neil songs here ("Little Bit of Rain," "Blues on the Ceiling"). Although clocking in at a mere ten songs, it covers a lot of ground, from Tim Hardin, Jelly Roll Morton, and Leadbelly to the traditional folk song "Ribbon Bow" and the Eddie Floyd/Booker T. Jones-penned soul tune "I Love You More Than Words Can Say." The record is interesting and well done, but would have been far more significant if it had come out five years or so earlier. By 1969 such singers were expected to write much of their own material (Dalton wrote none), and to embrace rock instrumentation less tentatively.