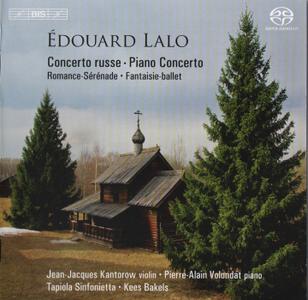 Jean-Jacques Kantorow follows his critically acclaimed recording of music by Édouard Lalo with a second disc featuring two further works that were originally intended for Sarasate, the brief Fantaisie-ballet on themes from Lalo’s ballet Namouna, and the large-scale Concerto russe. The Concerto russe borrows themes from two wedding songs included by Rimsky-Korsakov in his collection 100 Russian Folk Songs. 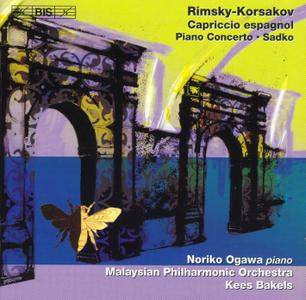 One major popular composer of Romantic orchestral music whose work, outside of his ubiquitous symphonic suite Scheherazade, is not terribly over-recorded is Russia's Nikolay Rimsky-Korsakov. That, and a tendency toward what for him was an "orientalist" strain in harmonic practice and orchestration, makes Rimsky-Korsakov an ideal choice for the recordings on BIS of a relatively new ensemble, the Malaysian Philharmonic Orchestra, founded in 1997 by conductor Kees Bakels. It is a testament to the skill of Bakels as an orchestra builder that he has raised such a fine musical organization in just eight years. Rimsky-Korsakov: Capriccio Espagnol is intended as a follow-up to the Malaysian Philharmonic Orchestra's recording of Scheherazade, already issued, and as an added bonus, the great Japanese pianist Noriko Ogawa joins the orchestra as guest in Rimsky-Korsakov's all-too-seldom-heard Piano Concerto in C sharp minor, Op. 30. The music, recorded at the Dewan Filharmonik Petronas Hall in Kuala Lumpur, is both very well played and recorded. The Capriccio Espagnol gets off to a great start, with Bakels the orchestra is strongly sympathetic to the piece, though careful ears can pick out some raggedy ensemble in the last section. Ogawa alone is enough to make the Piano Concerto shine, and thankfully Bakels provides comfortable and gracious support to Ogawa's magisterial artistry. 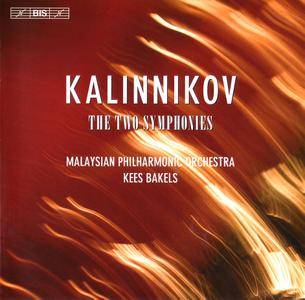 These performances are at least as fine as any by Russian ensembles, and they are surely better recorded. Vassily Kalinnikov’s symphonies hover on the edge of the repertoire, but they are very beautiful works–a touch stiff formally, perhaps, but melodically extremely attractive, and very, very Russian. They actually sound a bit similar, but all that means is that if you like one, you’ll like the other just as much. Neither outstays its welcome; both fit on a single CD lasting a touch over 77 minutes. Kees Bakels and the orchestra, as with the Rimsky-Korsakov recordings from these forces, make a wholly positive impression. The strings sing richly in the soaring melodies in the allegros and slow movements; rhythms snap with the requisite tang in the two scherzos. Bakels pays special attention to details of color and balance: listen to how sensitively the ticking harp in the First symphony’s slow movement underpins the musical discourse. It’s truly poetic. If you want these works in modern sound, this is the disc to get.