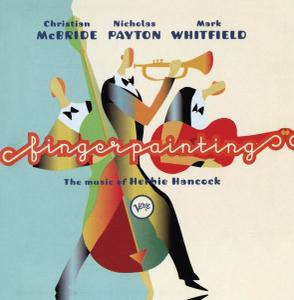 This is a rather unusual tribute to Herbie Hancock on a couple different levels. There is no piano on the date, so obviously no one is heard trying to sound like Hancock; the intimate all-star trio (bassist Christian McBride, trumpeter Nicholas Payton and guitarist Mark Whitfield) avoids such typical Hancock hits as "Watermelon Man" and "Maiden Voyage," and several of the songs are real obscurities. The 14 Hancock compositions date from 1962-79, with one tune from 1985, so they do not cover his later output. Among the lesser-known tunes are the title track (first played by V.S.O.P.), "Sly" (from the Headhunters LP), and two melodies taken from the 1965 soundtrack of Blow-Up. Several of the songs (most notably "Driftin'") deserve to be revived more widely… 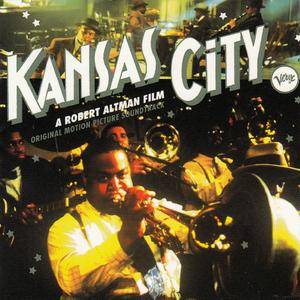 For Robert Altman's Kansas City film, since the story was centered in 1934 Kansas City, Altman wanted to have younger musicians depict top jazz artists of the era playing at one of the legendary jam sessions. He recruited many of today's top modernists and, although they used arrangements based on older recordings, they did not have to necessarily improvise in the style of the time. Actually, it is surprising how close the musicians often come, recapturing not just the music of the period but the adventurous spirit of such immortals as Coleman Hawkins, Ben Webster, and Lester Young. A dozen songs from the film are on this very enjoyable and unique CD, which features such players as trumpeter Nicholas Payton, clarinetist Don Byron, guitarists Russell Malone and Mark Whitfield, pianists Geri Allen and Cyrus Chestnut, altoists Jesse Davis and David "Fathead" Newman, and four of today's great tenors: James Carter, Craig Handy, David Murray, and Joshua Redman. In addition, Kevin Mahogany sings "I Left My Baby." Although there are some audience shouts on a couple of the pieces, this is one soundtrack album that very much stands up on its own. 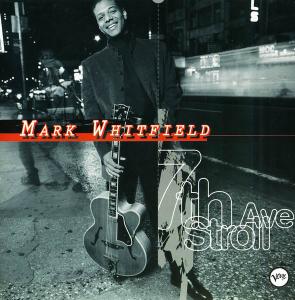 Mark Whitfield was 28 years old at the time of this recording, but proves himself to be wise beyond his years in terms of his ability to improvise and interact with some of the best sidemen on the scene: Tommy Flanagan (piano), Dave Holland (bass), Al Foster (drums); Stephen Scott (piano), Christian McBride (bass), Gregory Hutchinson (ddrums). Whitfield's playing is always tuneful and tasteful. It is obvious that he has the technical capability to rip through the music and show off, but he is wise enough to lay back slightly and let the music swing and breathe rather than overpower the listener. He gets a beautiful, mellow, full sound out of his guitar, reminiscent of George Benson at his best. His style on this CD is a cross between early Wes Montgomery and non-commercial early George Benson. 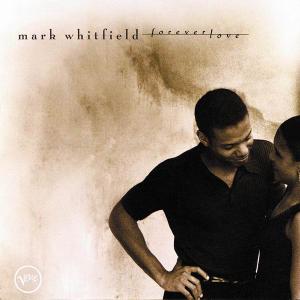 Mark Whitfield has long had an attractive tone, and his melodic style is in the forefront throughout this fairly varied date. Accompanied by a 21-piece string orchestra arranged by Dale Oehler, Whitfield and his quartet mostly stick to standards. Fortunately, tempos are varied (although there are a few sleepy ballads) and Diana Krall has guest vocals on "Some Other Time" and "Early Autumn." The strings generally do not add much, but Whitfield's inventive playing makes this a recommended set anyway. Highlights include "You Don't Know What Love Is," "My One And Only Love," an accompanied guitar feature on "I Want To Talk About You" and Whitfield's "Forever."