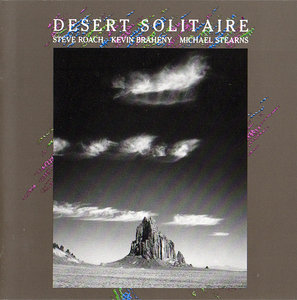 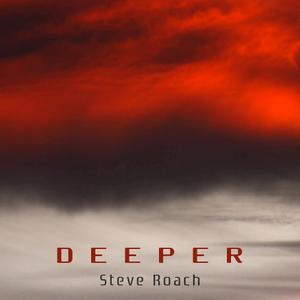 "These pieces were created live in the studio using only electric guitar, looping and live processing with the exception of support from the lone Oberheim Xpander on "Lattice." Since the late 90’s after picking up a guitar left in the Timeroom after a Dust to Dust session, it all started. I proceeded to tune it to an open chord that was pulling me in deep, and I never looked back. Since that time I have continued to develop my own approach as a way to finger-paint these emotional, evocative moodscapes. This sound was fully realized on Midnight Moon, Streams and Currents, and all throughout the Fever Dreams releases, just to name a few. It continues to weave its way into my music up to now. While just the tip of the iceberg, these select pieces map out this mode of creating from over the last 20 plus years. It will likely be released publicly later this year. At times I might not touch the instrument for a months or longer, and I currently feel it's pulling on me again. This guitar-based ambience will be coming back into my new music during 2021 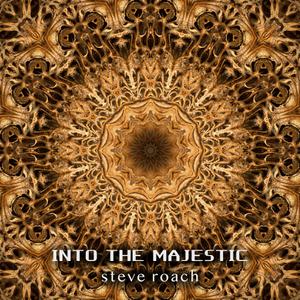 Into the Majestic starts 2021 on high note of radiant optimism while traversing a consequential moment in time. Relentless in connecting to a stillpoint within, the title track Into the Majestic was premiered and filmed as it unfolded in Steve’s October 24th 2020 livestream Timeroom concert. The shimmering multidimensional inner weavings are at once delicate and expansive, showing the way forward with grace and resoluteness. 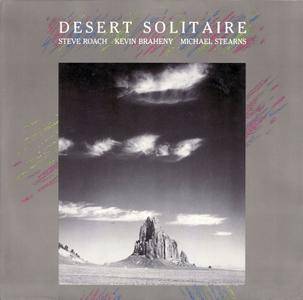 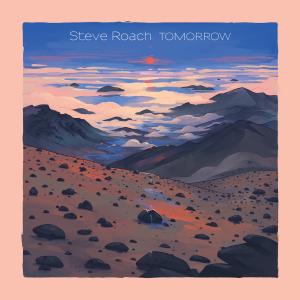 Tomorrow’s five deeply stirring transcendent electronic pieces draw from Steve’s current high tide of creativity and introspection. Developed over the last six months within the stylistic mode he describes as “elegant futurism,” cyclical melodic weavings flow and ebb in a graceful momentum infused with deep emotion. Tomorrow finds a rare balance between a feeling of floating and one of kinetic movement; this unexpected symmetry breathes life and energy into each piece. 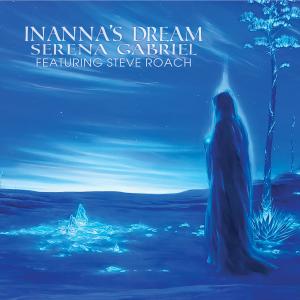 Inanna’s Dream is a multi-instrumental ambient sonic odyssey of pure emotion and enchantment. Through the six electroacoustic offerings, feelings of yearning, vulnerability and epiphany are infused into a heart and soul stirring expression that accesses the collective well of human experience. The alchemical blend of archaic and contemporary musical techniques and instruments, including the voice, activate a powerful opening into sacred space. 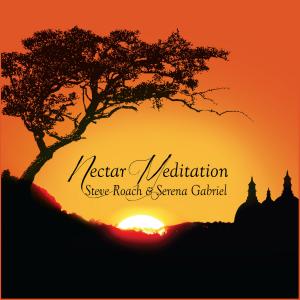 Nectar Meditation is the debut collaboration from Steve Roach (synths) and Serena Gabriel (harmonium, voice, temple bells). The focus of their work together is to provide a potent, immersive and transcendent experience through the power of sound. This intention is activated through the combination of acoustic instrumentation of ancient origins with a vast array of vintage and current analog synthesizers, creating a compelling new hybrid of archaic and contemporary sacred space music. 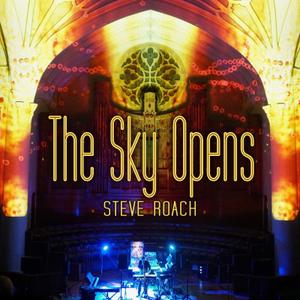 Magnificent, majestic and voluminous truly describes the expansive sonic experience spanning this 140-minute 2-CD set. The Sky Opens represents a sublime moment in the evolution of Steve’s 40-year history within the ambient/electronic genre. His sound manifests through an artistic process of real-time engaged interaction where his vision is channeled through a blend of technology, composition and improvisation, all captured in the moment of creation. This transpires for Steve in the studio as well as in live settings where mostly hardware instruments bring his studio environment to the stage. 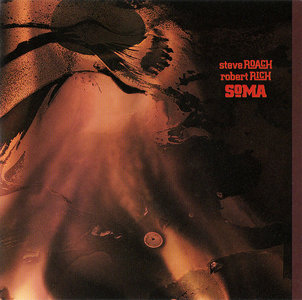 Steve Roach and Robert Rich are the most important electronic ambient musicians in the U.S. SoMa is their highly acclaimed follow-up to their first collaboration, Strata. Soma, according to Vedic writings, is "a drink made from plants which could help one commune with the gods." It is also the Greek word for body. So they designed this CD to be a vehicle to traverse between the physical and spiritual worlds. It is deep stuff. The soundscape offers listeners the opportunity to pursue and achieve states of ecstasy. The only extracurricular involvement is from the souls of the music and the listeners. The psychoactive atmospheres penetrate the defenses of the spirit and use Earth's resonant rhythms to tap into the biorhythms. From that point forward, Rich and Roach are in control. Listeners will go to the far reaches of the netherworld and stay within the limits set by this duo. 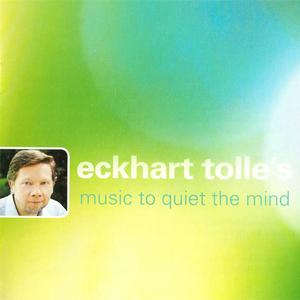 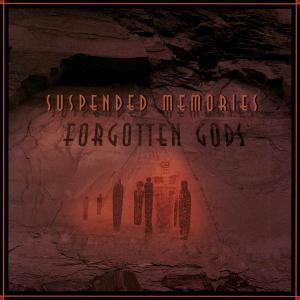 The music rises up from the darkness and howls at the moon. An ancient voice chants in serpentine ecstacy, only to subside and hover next to silence. In those moments when the sound dissolves beyond recognition, the subconscious leaks through, whispering of faded visions painted on stone, of memories suspended by the passage of time, of gods long forgotten. This is the world where Steve Roach, Jorge Reyes and Suso Saiz create their music. There are no scores, no plans, in the initial stages of composition. Like jazz artists who extemporize freely through a shared musical language, the members of Suspended Memories connect on an intuitive level of pure sound. But it isn't jazz they're playing. Roach, Reyes, and Saiz practice a form of collective improvisation from another time, another place, maybe one that never really existed before, except in the shrouded landscapes of a shaman's dream. 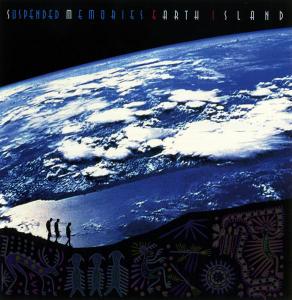 It is easy to grasp the concept that Suspended Memories is one of the greatest e-music trios ever. Each member - Steve Roach, Jorge Reyes, and Suso Saiz - had a brilliant solo career before forging ahead as a trio. Earth Island, the group's second CD, explores the concept of this planet as an island in the sea called the galaxy. The composition titles make references to the dawn of man and hide isolation and desolation. The music is deep, inspirational, and distant. Roach, Reyes, and Saiz bring their own spiritualities to the table along with their own sound worlds. When they emerge, they emerge as one. This disc is an amalgamation of three distinct entities that intertwine and interact seamlessly. They do not just bring out the best in each other; they bring the totality of each other. The dark atmospheres are full of ethnic spirituality and cultural richness. There are no holes. This is a great CD from a trio of great artists. 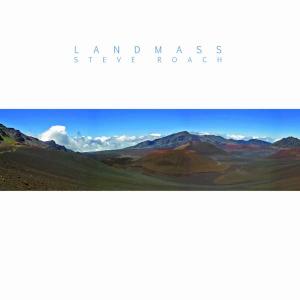 Landmass is a surreal shape shifting grand adventure in sound, morphing through a constantly altering perspective giving witness to the creation of iconic landscape formations, stone monuments and massive alluvial desert plains, and the occasional pyroclastic flow. Recorded live on the Star's End radio show in the WXPN studios in Philadelphia with a small audience in attendanace. This adventure in sound reaches into the primal forces of nature and channels them into a work of organic evolving momentum and deeply nunanced texture. Even the most massive non-rhythmic soundforms seem to be shifting and moving from the inside out, eventually giving birth to undulating rhythmic ecstasy. A stand-out release in a style defined by Roach. 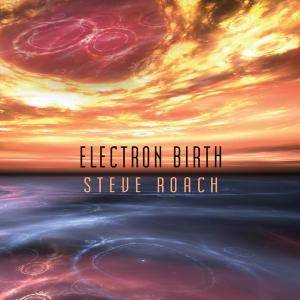 This mesmerizing masterwork of multi-dimensional analog sequencer spun music connects directly to Steve’s passion for the interweaving of pure emotion, energy, delicate grace and driving flow. Interconnected melodic-rhythmic forms bloom into a constant morphing state of kaleidoscopic change.
Over several months before this piece was recorded, many directions were explored, motifs developed and structures were revealed evolving up to the moment when “Electron Birth” was realized in its final creation. This stellar performance was recorded with a live audience in the studio-like environment of Tucson’s Galactic Center, Feb 11, 2018… 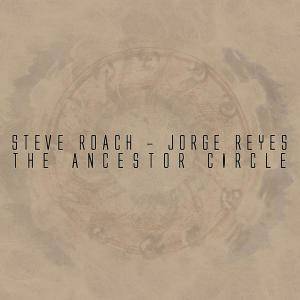 Conjuring images of a primal futurism, this alchemical blending-of-sound is a ceremonial offering to the forgotten gods. The Ancestor Circle is a tribal-ambient-electronic collaboration, the first recording from Roach & Reyes since Vine ~ Bark & Spore. This is the lost chapter of a long soulful journey that has taken twists and turns in its unfoldment. The music feels steeped in a frothy mind-altering blend, waiting for years as the potency increased. Roach & Reyes combined their instinctual nature - developed over almost a decade of worldwide live and studio adventures - leading up to the core of what became The Ancestor Circle. It is in this circle that their sound is unearthed from deep within their primordial soundworld, where prehistory meets future-tech creating a sound impossible to carbon date…