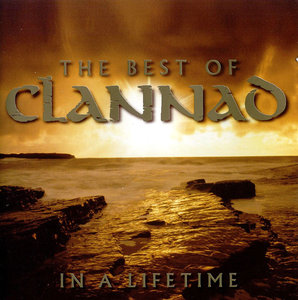 The Best of Clannad: In a Lifetime is a greatest hits compilation album by Irish folk group Clannad. It contains two new tracks, "Christmas Angels" and "What Will I Do", the latter of which is on the soundtrack to the Kevin Costner film Message in a Bottle. 2003 UK Limited Edition 26-track 2-CD album set comprising of 18-track CD including Theme From Harrys Game In A Lifetime - featuring Bono & duets with Paul Young & Bruce Hornsby plus BONUS 8-track CD featuring their most laid-back tracks & 3 previously unreleased chilled-out remixes & Saltwater by Chicane. 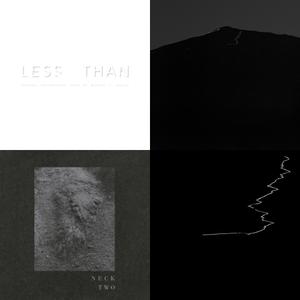 Michael A. Muller is a COMPOSER & musician based in Texas. Muller (MuLl-ER) IS THE CO-FOUNDER OF BALMORHEA; who FOR THE PAST 13 years have TOURED globally SUPPORTING 6 FULL-LENGTH ALBUMS AS WELL AS PRODUCING NUMEROUS SCORES AND PLACEMENTS tv & FILM. fall 2019 SAW the release of LOWER RIVER — his debut full-length solo album. Conceptually, Lower River explores the place where time, space, and self are occluded — a field of pure energy and creation where ideas stream without impediment. Lower River is a sonic venture into other worlds and into the depths of one’s own mind; an exploration of what it means to deeply listen versus to merely hear. 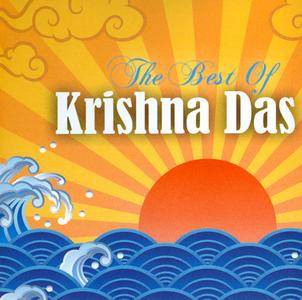 Like Greatest Hits of the Kali Yuga, The Best of Krishna Das samples the singer's earlier devotional works, here drawing upon his albums One Track Heart, Pilgrim Heart, Breath of the Heart, Live on Earth, and Door of Faith. A devotee of Maharaj Ji Neem Karoli Baba, Krishna Das has spent much of his adult life making good on his vow to use his singing voice to alleviate suffering in the world. Krishna Das is that most wonderful blend of Eastern and Western cultures; originally a resident of Long Island, N.Y., he studied in northern India as a young man and has since spent decades reinterpreting the sacred music of that land in ways that are pleasant and often surprising. As a man who sounds at times like Waylon Jennings and who is obviously enamored of the "lila" or divine playfulness, Krishna Das seems to enjoy deliberately toying with the unusual and even humorous aspects of the East/West dichotomy, as when on the album One Track Heart he sang a "Krishna Waltz" that sounded more than a little like the old cowboy tune "Get Along Little Dogies." As an encapsulation of his life's work, this Krishna Das best-of collection is entirely devoted to Sri Neem Karoli Baba and through him to the One Deity with a thousand names and as many aspects as there are atoms in the universe. 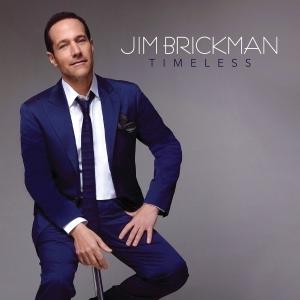 Jim Brickman - Timeless (2020)
WEB FLAC (tracks) - 217 MB | Tracks: 15 | 54:14 min
Style: New Age, Piano, Instrumental | Label: Green Hill Productions
Though classically trained, pianist Jim Brickman prefers to play more pop-flavored, gently lyrical new age music. His unique compositions are emotional and structured, but not rigidly so. A native of Cleveland, Ohio, Brickman enrolled in the Cleveland Institute of Music in his late teens. The focus was on classical music, but Brickman could not escape the lure of mainstream music, and at age 19 began writing commercial jingles. This led him to compose music for such major outfits the Gap, Isuzu, Sprint, and Kellogg's as well as with Jim Henson and Henson Associates. During his association with Henson, he composed for the Muppets and for projects on Sesame Street. He also assisted on some of Henson's Disney projects.
2020 FLAC Green Hill Productions Instrumental Jim Brickman Lossless New Age Piano
Details 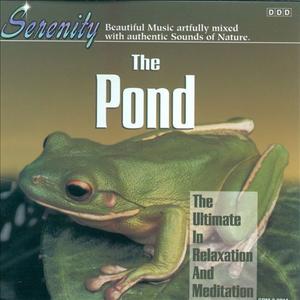 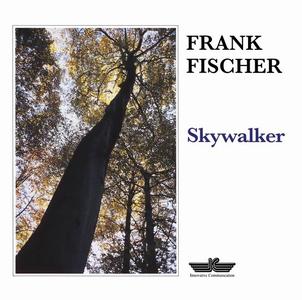 Plenty of field recordings scattered about that synthesize all too well with what Frank has got down on his naturalismo programming. Each track places its own geographic signature firmly and builds a unique melodic repertoire all its own. If you’re thinking of toasting the muffin on both sides, sip this aromatic whimsy. 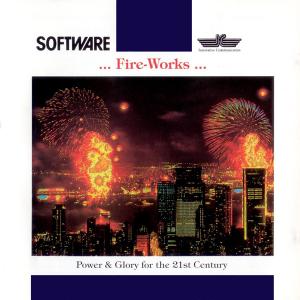 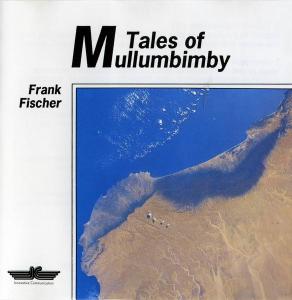 Frank Fischer takes a giant leap forward on his second album on the German Innovative Communication label. Drawing dual inspiration from the tropical coastline and rugged outback of Australia and from the mighty deserts of the southwestern United States, Frank has created a marvelously relaxed work that conveys the unhurried freedom of the great wide-open spaces. Tales of Mullumbimby is like taking a wonderfully relaxed and relaxing instrumental journey when you are in no hurry to get anywhere and can simply enjoy the pleasant ride. 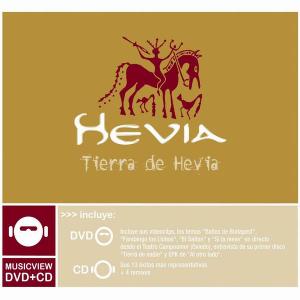 The bagpipes are a primary instrument in traditional Scottish/Celtic music, but José Ángel Hevia (who simply goes by Hevia on this CD) is one bagpiper who cannot be considered a traditionalist or a purist. Hevia isn't Scottish - he's from the Asturias region of Spain - and Tierra de Hevia isn't a traditional Celtic recording. Rather, the risk-taking Hevia combines Scottish/Celtic elements with everything from pop, rock, new age to Spanish and Middle Eastern music. 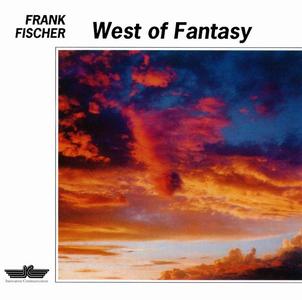 These musical sketches dedicated to the American Southwest. A journey to magic powerspots deep in the Havasu Canyon, to ghost towns along the Turquoise Trail where time stands still. This spiritual journey merges with Frank's excellent instrumental abilities to compose a tender and moody piece of music with a very dense and gripping atmosphere. Sparingly used synthesizers add colour, the occasionally used percussion offers a gentle rhythmical hold and enhanced is the overall feeling of "well-being" by some brilliantly playing studio musicians on sax and live-percussion, adding a touch of sparkle where it is needed. 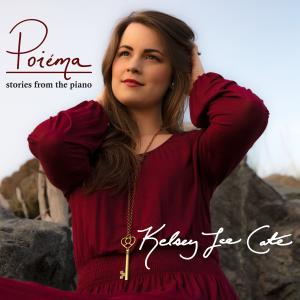 Kelsey Lee Cate - Poiéma / Stories from the Piano (2019)
WEB FLAC (tracks) - 201 MB | Tracks: 12 | 48:42 min
Style: New Age, Piano | Label: Kelsey Lee Music
Kelsey fell in love with music when she was very young, and was improvising songs even before she learned to read. At age five, she began classical piano training, and learned to balance form and technicality while developing her own voice as an artist. Growing up, her family always had music playing in the house, and she spent a great deal of her childhood playing songs by ear. She also was captivated by the beautiful nostalgic melodies of jazz standards and the lush harmonies of classic musicals and old Disney movies, and enjoyed making her own arrangements.
Kelsey Lee Music New Age Piano FLAC Lossless Kelsey Lee Cate
Details 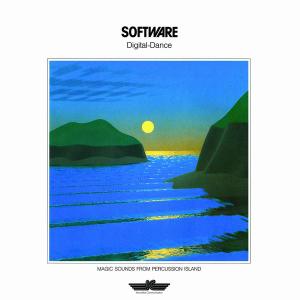 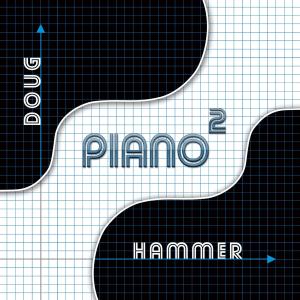 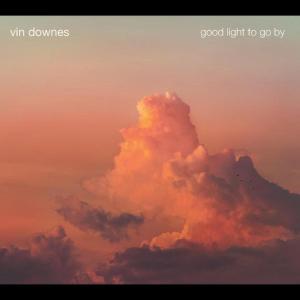 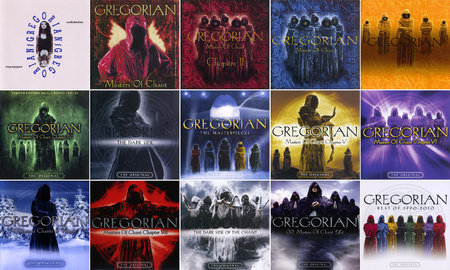