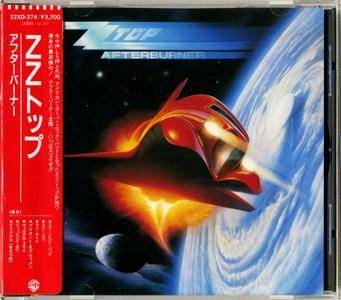 Afterburner is the ninth studio album by the American rock band ZZ Top, released in 1985. Afterburner was a financial success, going several times platinum and launching several hit singles, the most successful of which was "Sleeping Bag" which peaked at No. 1 on the Mainstream Rock Tracks and at No. 8 on the Billboard Hot 100. In the UK, it was the band's second album to be certified by the British Phonographic Industry, attaining Gold in 1985. In 1990, it was certified Platinum in the UK.