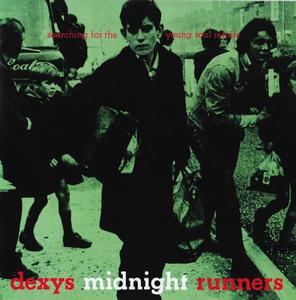 The crackling stations being switched on the radio and the gang shout followed by the spoken injunction to "burn it down" sound like they should be starting off a Sham 69 record. Then "Burn It Down" actually starts, with its horn section, Hammond organ and Kevin Rowland's utterly unconventional soul vocals. The cult of Dexy's, and this album in particular, were worshipped as the return of "soul" to English rock music at the dawn of Thatcherism. Exploring the myth that this album holds, especially in Brit music terms, can be a strange prospect: 20 years on it doesn't sound revolutionary, it just sounds good. And good it is, quite good, compared to where Paul Weller ended up, i.e., too reverential by half. This is vibrant, alive, and unconcerned with perfection…