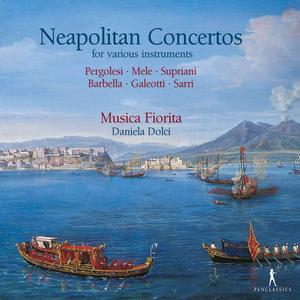 Early 18th-century Naples was a flourishing centre for the production of sophisticated instrumental music – a diverse panorama characterized by an extraordinary variety of genres and forms. Naples prided itself on being an important school of repertoire for string instruments, emanating from the city’s conservatories, the foundries of famous masters and virtuoso students. The Neapolitan interest in string instruments was not only reserved to the violin – here represented by a Violin Concerto by Pergolesi –; great importance was also attached to the cello which in the course of the 17th century gradually became a solo instrument, emancipating itself from a mere “basso continuo instrument”. 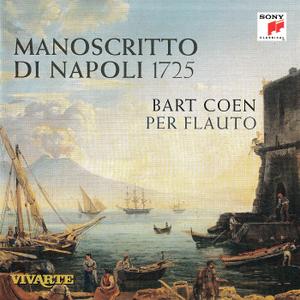 The so-called 'Naples Manuscript' which is mentioned in the title of this disc is kept in the library of the Conservatorio di Musica San Pietro a Majella in Naples, and bears the title Concerti di Flauto, Violini, Violetta e Basso, di Diversi Autori. The 24 compositions in the manuscript are chamber concertos for recorder, two violins and bc, with three of them containing a part for a viola.