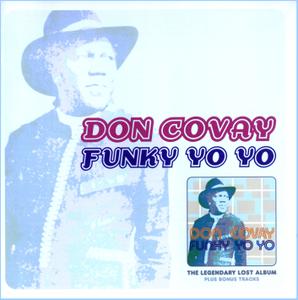 One of the most obscure albums Covay cut, Funky Yo Yo slipped out in 1977 on the tiny Versatile label, with such little notice that it's even escaped getting listed in some discographies. It's a strange record, too, with production so sparse (and some dull muffle to the sound fidelity, though it's not a serious impediment) that one suspects these might be demos, or perhaps not even 1977 recordings. Yet in a way that very rootsy, stripped-down feel makes it appealing, particularly as it was appearing at a time when many fellow soul greats of Covay's generation were issuing bloated, hopeless attempts to jump on the disco bandwagon. Far from emulating Barry White, Covay sounds rather like Van Morrison on much of this material, though the similarity's probably coincidental. Particularly on the more bare-bones arrangements, these actually have a cool intimate feel, as if they're songwriter demos intended for pitches to '60s Atlantic recording artists. 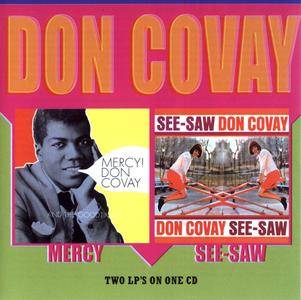 In 2000, Koch reissued Don Covay's two classic mid-'60s albums, Mercy and See-Saw, on one tremendous CD. The term "classic" is thrown around haphazardly in pop music, but these are two sublime records that earn the term, even if they're not as roundly celebrated as platters from Otis Redding or even cult favorite James Carr. Though he racked up a number of singles on the R&B charts, he never had a huge crossover hit, but his music stands as some of the most effervescent, infectious soul of the '60s (not to mention that his vocal style was a clear inspiration to Mick Jagger). What makes his music so remarkable is how it's earthy Southern soul, kicking really hard in its rhythms and with plenty of growl in Covay's voice, but is as nimble, tuneful, and sunny as the sounds coming out of Chicago and Detroit during the mid-'60s. Perhaps that's why he never quite got a huge single – he straddled the two popular sounds without fully being part of either. It may have not resulted in big singles, but it resulted in splendid music. If there's not much difference stylistically between Mercy and See-Saw – they're both pretty much cut from the same cloth – there's also little difference in quality. It's all tremendous, enjoyable, sweet Southern soul. Razor & Tie's Mercy Mercy: The Definitive Don Covay provides the definitive overview, but for a pure concentration of Covay at his peak, this is irresistible and essential.