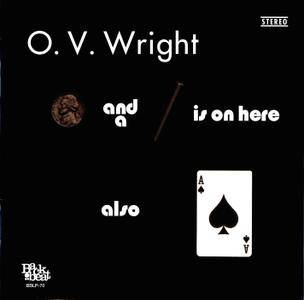 A Nickel & A Nail & The Ace of Spades is the second in Reel Music's series of O.V. Wright reissues. Produced by the late Willie Mitchell, the album's ten tracks include many of OV's biggest hits - Eight Men, Four Women (#6 R&B), Ace of Spades (#11), When You Took Your Love From Me (#21) and A Nickel & A Nail (#19). Remastered from the original Duke stereo analog masters. 16 page booklet includes essay by Ray Ellis along with four previously unpublished photos of OV. 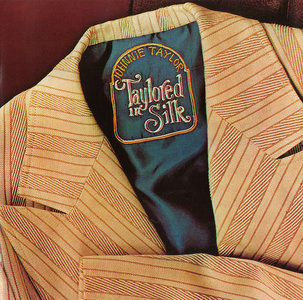 Taylored in Silk was Johnnie Taylor's [The Philosopher of Soul] best pure soul release; he was in peak form as a vocalist, and received superb productions, arrangements, compositions and musical backing from the Stax brain trust. The album includes the hits 'We're Getting Careless with Our Love' and 'Cheaper to Keep Her'. Newly remastered with 6 bonus cuts. 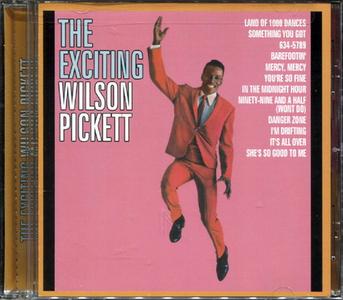 "The Exciting Wilson Pickett", released in 1966, was the 3rd album by R&B and soul singer Wilson Pickett. The album charted at #3 on the U.S. Billboard R&B albums chart and #21 on the popular albums chart, becoming the highest-charting studio album of Pickett's career. The making of the album saw Pickett end his relationship with Stax Studios in Memphis, Tennessee, where he had cut his early singles, and move to Fame Studios in Muscle Shoals, Alabama, where he would record for the next two years. According to AllMusic, this album firmly established Picket's "stature as a major '60s soul man". The album launched four major hits for Pickett, but AllMusic emphasizes that the album cuts, "of nearly an equal level", will be of more interest to collectors. 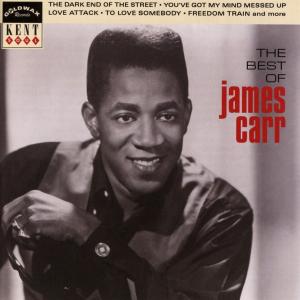 2017 marks the 50th anniversary of the release on Goldwax of James Carr’s recording of ‘The Dark End Of The Street’, a record rightly hailed as a benchmark in soul, and in southern soul in particular. James’ recording of Dan Penn and Chips Moman’s genre-defining song is one of dozens but it was the first and is by unanimous consensus the best. 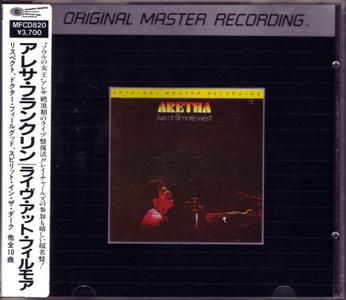 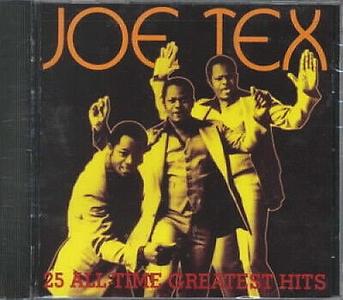 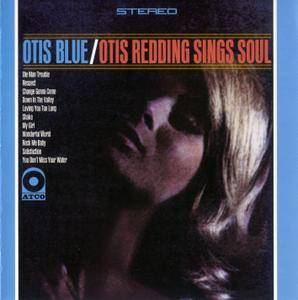 Otis Redding - Otis Blue / Otis Redding Sings Soul (1965)
Remastered by Kevin Gray at Cohearent Audio, 2016
EAC | FLAC | Tracks (Cue&Log) ~ 191 Mb | Mp3 (CBR320) ~ 83 Mb | Scans included
Deep Soul, Southern Soul | Label: Analogue Productions | # CAPP 095 SA | 00:33:39
Otis Redding's third album presents his talent unfettered, his direction clear and his confidence emboldened, with fully half the songs representing a reach that extended his musical grasp. More than a quarter of this album is given over to Redding's version of songs by Sam Cooke, his idol, who had died the previous December. Otis Blue/Otis Redding Sings Soul is considered by many critics to be Redding's first great album. Recorded in April and July of 1965, it was released September 15th of that same year. The styles of Cooke and Redding couldn't have been more different; Cooke smooth and sure, Redding raw and pleading. But Redding's versions of "Shake" and "A Change Is Gonna Come" show how Cooke's sound and message helped shape Redding's Southern soul sound. Redding's singing reaches a new level of expressiveness with this as well as with covers of B.B. King's "Rock Me Baby" and the Motown hit "My Girl." This great album receives the full Analogue Productions reissue treatment here, starting with Kevin Gray's remaster from the original analogue tapes.
Southern Soul Otis Redding 60s RnB MP3 320 CBR Soul Lossless Rhythm & Blues MP3 FLAC CD-Rip + Scans 2016 Deep Soul
Details 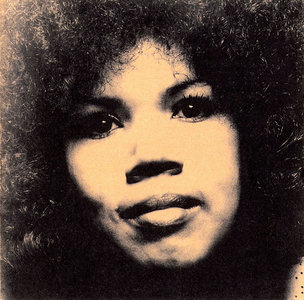 Finally! For far too long, mega-talent soul singer Candi Staton had been lacking a comprehensive collection of her prime Southern R&B material from her glory years, 1969-1973. While it's true that Staton's chart success continued in the disco era with "Young Hearts Run Free," from 1975, that music is in a different universe from her Muscle Shoals period, when she recorded for Fame and other labels. This compilation contains 26 tracks form those hallowed years, when Staton's deep soul tomes rang up no less than 12 consecutive Billboard R&B hits, a pair of Grammy nominations, and a gold album. Like Aretha Franklin, Linda Jones, and Otis Redding, Staton's voice is the sound of emotion being ripped from the human heart and offered, bleeding and broken, pleading and yearning, to the listener. Highly recommended. 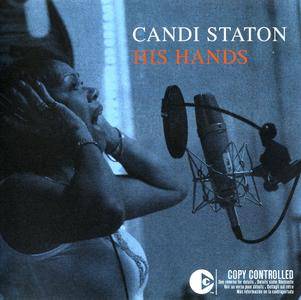 The successful self-titled reissue of Fame-era material released in early 2004 allowed Candi Staton to make this, her first secular album in several years. Where 1999's Outside In was a way to take advantage of her unplanned return to the clubs – a couple singles released during the '90s used a vocal she recorded for a documentary about a man's struggle with life-threatening obesity – His Hands is 100 percent Southern soul. Staton involves several family members and longtime associates, including son Marcus Williams (a seasoned drummer who has played with her for years), daughter Cassandra Hightower, sister Maggie Staton Peebles, and Muscle Shoals Rhythm Section organist Barry Beckett. It might be surprising to see that Lambchop's Mark Nevers produced the session, and that Lambchop ally Lloyd Barry arranged the horns, but both men have done extensive work with Staton's peers in the gospel world. 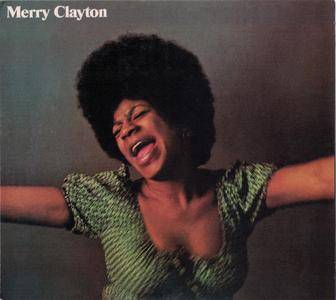 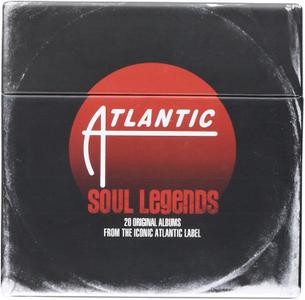 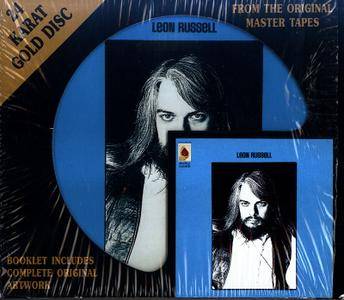 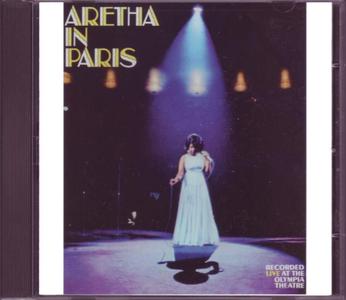 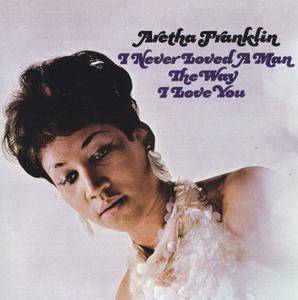 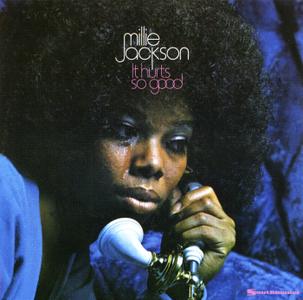 Millie Jackson - It Hurts So Good (1973) [2006, Remastered with 7 Bonus Tracks]
R&B, Soul/Funk, Southern Soul | EAC Rip | FLAC, Img+CUE+LOG+Scans (JPEG) | 59:39 | 383,75 Mb
Label: Southbound/Ace Records Ltd. (EU) | Cat.# CDSEWM 219 | Released: 2006-10-09 (1973)
Before hitting her stride with 1974's "Caught Up", Millie Jackson delivered this tasty disc of uptown Southern soul. Both Stax raw and Philly International slick, It Hurts So Good percolates with smoky horns, snaking guitar lines, electric piano, strings, and bluesy funk grooves. In addition to her usually provocative take on relationships (both in the home and at the dark end of the street), Jackson - via Curtis Mayfield - delivers the affecting ghetto laments "I Cry," "Hypocrisy," and "Two-Faced World." And while some of the charts are a bit lacking, Jackson is solid throughout, especially on slow-burners like "Good to the Very Last Drop." A fine early offering from the diva of salacious sass.
Southern Soul R&B RnB Soul Lossless CD-Rip 2000s Funk FLAC lossless
Details
Publication archive