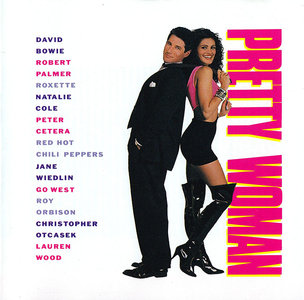 Pretty Woman is noted for its musical selections and hugely successful soundtrack. The film features the song "Oh, Pretty Woman" by Roy Orbison, which inspired the movie's title. Roxette's "It Must Have Been Love" reached No. 1 on the Billboard Hot 100 in June 1990. The soundtrack also features "King of Wishful Thinking" by Go West, "Show Me Your Soul" by the Red Hot Chili Peppers, "No Explanation" by Peter Cetera, "Wild Women Do" by Natalie Cole and "Fallen" by Lauren Wood. The soundtrack went on to be certified three times platinum by the RIAA.