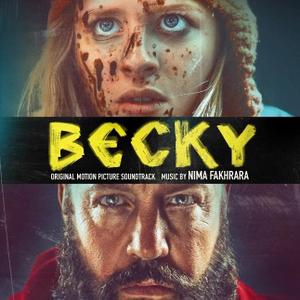 Spunky and rebellious, Becky (Lulu Wilson) is brought to a weekend getaway at a lake house by her father Jeff (Joel McHale) in an effort to try to reconnect after her mother’s death. The trip immediately takes a turn for the worse when a group of convicts on the run, led by the merciless Dominick (Kevin James), suddenly invade the lake house. The soundtrack was composed by Nima Fakhrara. 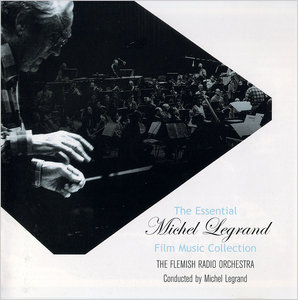 Reynold da Silva's Silva Screen Records has been constructing a series of "essential" collections of major film composers' scores usually by making new recordings of portions of those scores or compiling recordings previously made for other projects, most often employing the City of Prague Philharmonic Orchestra. For this Michel Legrand album, the label has actually enlisted Legrand as conductor of the Flemish Radio Orchestra (whose contributions are not noted until you examine the CD booklet), with a few additional jazz musicians, plus Legrand himself on piano and (during the extended suite from The Go-Between) harpsichord. Still, these are new recordings, made in December 2004, and should not be confused with actual soundtrack recordings. Legrand oversees excerpts from some of his most popular scores, leaning heavily on the major themes, such as "I Will Wait for You" from The Umbrellas of Cherbourg, "Theme from Summer of '42," and "The Windmills of Your Mind" from The Thomas Crown Affair. 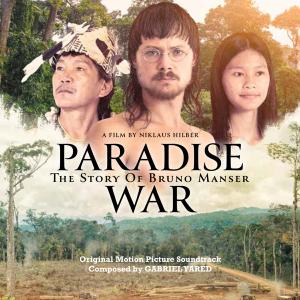 Plaza Mayor Company will release a soundtrack album for the Swiss drama Paradise War: The Story of Bruno Manser (Bruno Manser – Die Stimme des Regenwaldes). The album features the film’s original music composed by Academy Award winner Gabriel Yared (The Talented Mr. Ripley, The English Patient, Cold Mountain, 1408, Judy). Paradise War: The Story of Bruno Manser is directed by Niklaus Hilber and stars Sven Schelke as Swiss explorer and environmentalist Bruno Manser who disappeared without trace in 2000. The drama is premiering this week at the Zurich Film Festival and is set to open in Swiss theaters this November.
2019 FLAC CD-Rip + Scans Score
Details 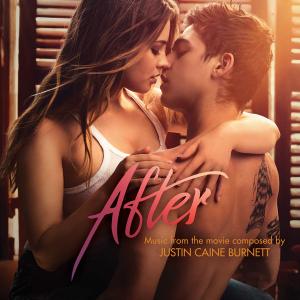 Justin Burnett - After (Original Motion Picture Soundtrack) (2019)
MP3 CBR 320kbps ~ 94.30 Mb | 00:40:23 | Cover
Score | Country: USA | Label: Filmtrax Ltd.
Filmtrax will release a soundtrack album for the film adaptation of Anna Todd’s best-selling novel After. The album features the film’s original music composed by Justin Caine Burnett (Dungeons & Dragons, Getaway). After is directed by Jenny Gage and stars Josephine Langford, Hero Fiennes Tiffin, Selma Blair, Inanna Sarkis, Shane Paul McGhie, Pia Mia, Khadijha Red Thunder, Dylan Arnold, Samuel Larsen and Jennifer Beals. The romantic drama follows a young woman armed with grand ambitions for her future, who meets a dark and mysterious man who makes her question all she thought she knew about herself and what she wants out of life. The movie was released in theaters this past April by Aviron Pictures and is now available on VOD, Blu-ray and DVD.
2019 MP3 CBR 320 kbps Score
Details 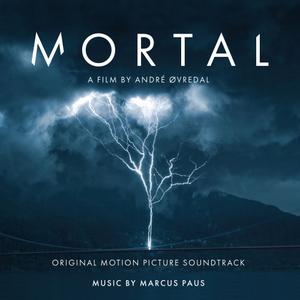 Marcus Paus - Mortal (Original Motion Picture Soundtrack) (2020)
MP3 CBR 320kbps ~ 182.36 Mb | 01:18:56 | Cover
Score | Country: USA | Label: MTG Music
André Øvredal, the director of Troll Hunter, is ready with a new motion picture called MORTAL. The Narrative offers a wonderful mixture of norse mythology, superheroes and Hollywood-factor. As the film, the music created by Marcus Paus, is a travel through reality and mythology. Further, the story mixes different genres and presents a tale like no other. The album has been recorded in several cities, both in and outside of Norway. Stavanger Symphony Orchestra and Budapest Film Orchestra is playing on this beautiful score. Other contributors include Ditte Bræin, Kåre Nordstoga and Nils Økland.
2020 MP3 CBR 320 kbps Score
Details 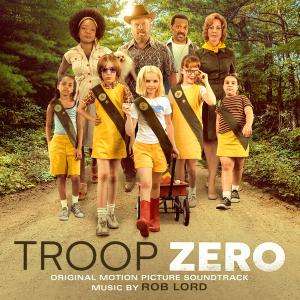 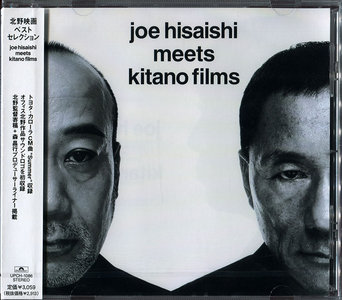 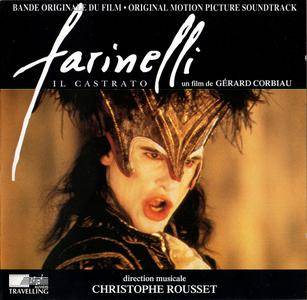 Soundtrack to the film 'Farinelli', the 1994 biopic film about the life and career of Italian opera singer Farinelli, considered one of the greatest castrato singers of all time. It stars Stefano Dionisi as Farinelli and was directed by Belgian director Gérard Corbiau. Although Dionisi provided the speaking voice, Farinelli's singing voice was provided by a soprano, Ewa Malas-Godlewska and a countertenor, Derek Lee Ragin, who were recorded separately then digitally merged to recreate the sound of a castrato. Through the film the general public discovered a whole repertoire of works for a voice that can no longer be heard today. The soundtrack from the film became a bestseller, as we discovered with delight some beautiful pieces by Handel, Pergolesi, Hasse, Porpora and others, in a unique interpretation. 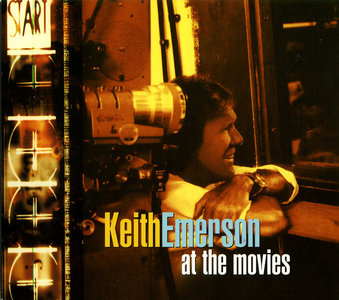 Keith Emerson - At The Movies (2005) 3CD Box Set
EAC | FLAC | Tracks (Cue&Log) ~ 1.16 Gb | Mp3 (CBR320) ~ 481 Mb | Scans ~ 34 Mb
Soundtracks, Score, Prog-Rock, Electronic | Label: Castle Music | # CMETD1214 | Time: 03:30:40
At The Movies is a 3 CD collection of excerpts and pieces from seven films scored by Keith Emerson covering the years 1981 to 2004. Most of this music is very rare and collectable. Much of it makes its official CD debut in the US. Disc one begins with the complete soundtrack to 1981's Sylvester Stallone suspense thriller Nighthawks. The set features a rare vocal Emerson performance of Spencer Davis hit, I'm A Man. Music from the 1986 film Best Revenge closes the disc with guest vocals from Boston's Brad Delp on the song Playing for Keeps. Disc two covers three Italian movie scores beginning with the 1980 horror film Inferno directed by Dario Argento. Next up is four pieces from 1988's La Chiesa or The Church directed by Michele Soavi. The disc closes with nine tracks scored for the film Murderock released in 1986. Disc three features the score for 2 Japanese films. Harmageddon was an animated film from 1985. Godzilla Final Wars closes the set with 13 tracks which Emerson scored for this 2004 remake of the classic monster movie.
Keith Emerson Soundtrack Score Electronic Prog-Rock
Details 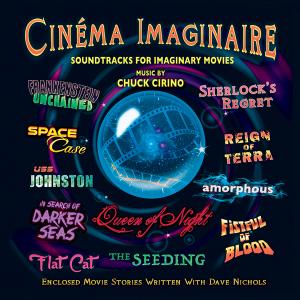 Chuck Cirino - Cinéma Imaginaire: Soundtracks for Imaginary Movies (2019)
MP3 CBR 320kbps ~ 178.07 Mb + 55.42 Mb (Covers) | 01:17:36
Score | Country: USA | Label: Dragon's Domain Records – DDR640
DRAGON'S DOMAIN Records presents CINÉMA IMAGINAIRE, an original concept album featuring music composed by Chuck Cirino (CHOPPING MALL, DEATHSTALKER II, RETURN OF SWAMP THING) in collaboration with author and screenwriter Dave Nichols. As teenagers Chuck and Dave would listen to the movie soundtracks of composers such as Ennio Morricone, Jerry Goldsmith and John Barry on vinyl LPs and fantasize over the jacket art and liner notes before they actually saw the films in movie theaters. Together they would imagine what was happening in the movies to match the music. Frequently, their imaginations conjured up better stories than the actual films themselves.
2019 MP3 CBR 320 kbps Score
Details 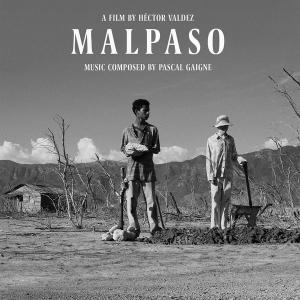 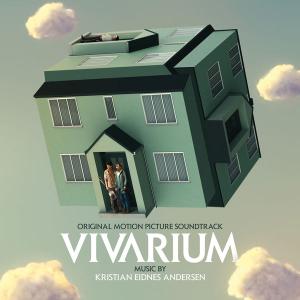 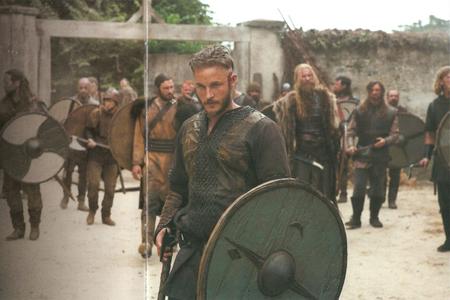 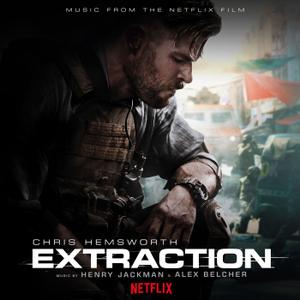 Being a former teenage rock journalist, Cameron Crowe has made no secret of his love of pop and rock music, or the inspiration he derives from it. He's one of the few film directors who places pop music at the center of his films, littering his pictures with references to rock & roll, even at times where it may not be necessary – witness how Tom Cruise and Penelope Cruz inexplicably morph into the cover of The Freewheelin' Bob Dylan in Vanilla Sky…