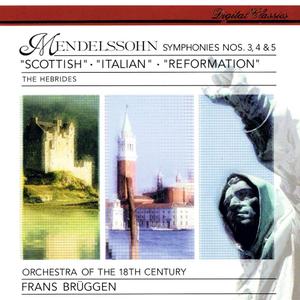 The best period instrument recording of Mendelssohn Symphonies 3,4,5 and Overtures " the Hebrides" and "Calm sea and Prosperous Voyage". Bruggen's tempos are moderate and textures are very clear: you can hear individual voices in the orchestra not obvious in many recordings. The Orchestra of the 18th Century play with a full sound and are never scrawny. Orchestra of the 18th Century's horns, clarinet, and flutes were very well played in these live recordings from 1990, 1994, 1995, and 1996. 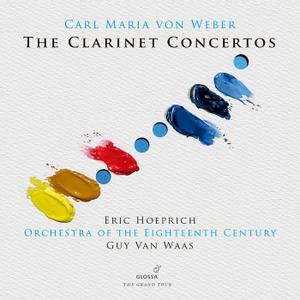 For more than four decades now, Eric Hoeprich has specialized in performing on the historical clarinet. His expertise as a musician, scholar and instrument maker allows for a unique approach to the repertoire of the 18th and 19th centuries. Founding member and principal clarinet of the Orchestra of the Eighteenth Century, Hoeprich has performed frequently as a soloist with the orchestra, with his recording of Mozart’s Clarinet Concerto for Glossa, under the direction of Frans Brüggen (2001), being a major milestone. With his ensembles Nachtmusique and Stadler Trio he has also made frequent recordings for Glossa, while his collaborations with the London Haydn Quartet have yielded another handful of fine albums for the label, the latest of which, published just a few months ago in 2020, contains two Weber Clarinet Quintets and is a perfect companion for the current release. 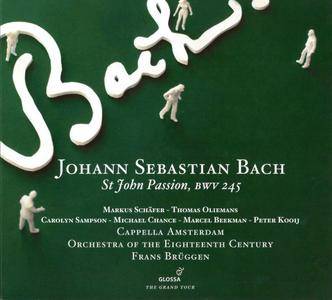 EAC | FLAC | Image (Cue&Log) ~ 486 Mb | Mp3 (CBR320) ~ 257 Mb | Scans included
Genre: Classical | Label: Glossa | # GCD 921113 | Time: 01:51:04
One of the many delights coming from Frans Brüggen’s distinguished career has been the understanding which he brings to the music of Johann Sebastian Bach – such as here with the St. John Passion – whether on the concert platform or on record. Brüggen’s cultured feeling for Bach’s musical structures as much as for its style and expressive content permits a textural clarity enjoyed by few of his directing colleagues. A special wealth of experience in the music of Bach has also been gained by the members of the Orchestra of the Eighteenth Century across the three decades of its existence and as part of its regular concert series (there have now been over a hundred of these tours!) and with a concentrated opportunity to focus on one work, Bach’s masterpiece was performed and recorded in Spring 2010.
J.S. Bach Classical Johann Sebastian Bach MP3 320 CBR Frans Brüggen Orchestra of the Eighteenth Century Vocal Sacred Baroque Cappella Amsterdam 2010s Lossless
Details
Publication archive