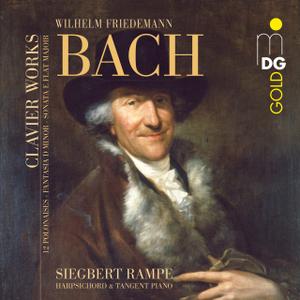 Although finally welcomed into the classical canon – with some trepidation late in the 20th century, mostly among the cognoscenti, Wilhelm Friedemann Bach remains a bit of a cipher to many listeners, among the musical sons of Bach whom they've never heard anything from. The experts who love him attest to his high level of enigmatic eccentricity and his sense of stylistic separation from any other Bach son, and this echoes to some extent what Carl Friedrich Zelter remembered about him long after Bach's death; "As a composer he was driven by a need to be original, to distance himself from his father and brothers." But also, as Zelter continued, "he fell into fussiness, pedantry and futility." 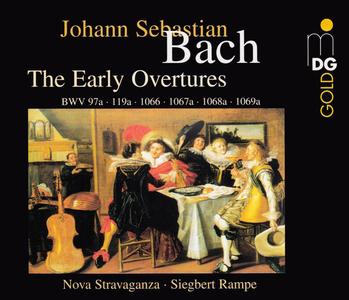 While this cannot be a first-choice recording of the Bach Overtures (Suites), it's certainly a worthy addition to any collector's Bach shelf. Citing numerous examples of recent research, including conductor Siegbert Rampe's own, along with articles by Dirst, Rifkin, and Wolff, Rampe and his excellent period-instrument ensemble Nova Stravaganza strive to show what may have been the original forms of these four famous works. That means we get to hear suites Nos. 3 and 4 without trumpets and timpani; suite No. 2 played in A minor instead of the usual B minor–and with a solo violin rather than flute; and suite No. 1 as "a simple septet"–two oboes, two solo violins, solo viola, bassoon, and harpsichord (reinforced "in accordance with period practice" by 16' violone). 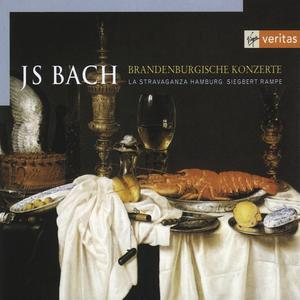 La Stravaganza, under their director/harpsichordist Siegbert Rampe, are a Hamburg-based ensemble. Their performances of the six Brandenburg Concertos, together with the Triple Concerto in A minor (BWV 1 044), and a version of the Fifth Brandenburg which predates by about three years Bach's presentation copy to the Margrave, provide stimulating and mainly satisfying listening. It is perhaps a pity that the earlier version of the First Concerto was omitted from the recording, since it reveals significant textual variants from the Brandenburg, above all the scoring of the second of the two Trios. 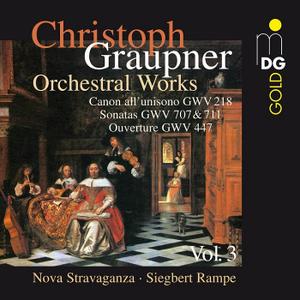 The study of counterpoint had a lasting influence on Graupner. Just like Heinichen he developed a special interest in the canon. In 1730 he started to write 5625 canons on the same subject. And in 1736 he copied Kuhnau's treatise Von dem doppelten Contrapunct, which was circulating only in manuscript. This is most remarkable, as at that time the aesthetic of the Enlightenment quickly won ground. Its main theorist was Johann Mattheson, who, in 1723 in his journal Critica Musica, specifically wrote that the foundation of music is not the canon but melody and that the ability to write a melody owes little or nothing to the artifice of the canon. 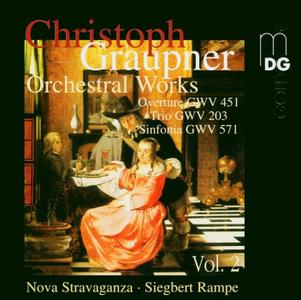 This recording impressively proves that Graupner isn't just a 'minor master' of the 18th century in Germany, and more than 'a contemporary of Bach and Telemann'. He was a very distinguished composer whose works considerably add to the picture of musical styles and compositional developments in Germany in the period from about 1725 to 1760. The playing of Nova Stravaganza is outstanding, and does full justice to the brilliance of these scores. The solo parts are all superbly played, and the ensemble playing is impeccable. This release shows a great zest on the part of everyone involved. It must have been a great privilege to play this fine music for the first time ever. One can just hope that more will follow, and that others may be encouraged to perform more of Graupner's output which is awaiting to be rediscovered in the archives in Darmstadt. 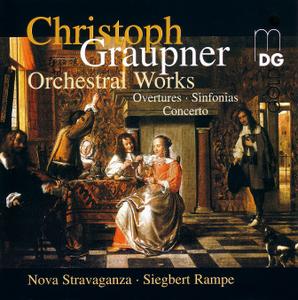 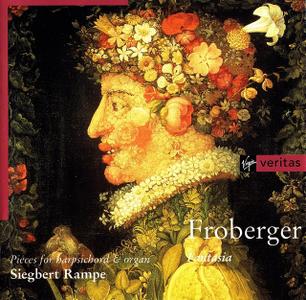 Siegbert Rampe is a master of baroque style and of Froberger's in particular. This wonderful composer's music benefits greatly from a player's insight and sensitivity, and it gets these in full measure in this set. Rampe uses an agreeably cosmopolitan variety of harpsichords here, the lion's share being played on three beautiful instruments by Ruckers of Antwerp, Miklis of Prague and Bergaños of Spain.
–Stephen Midgley