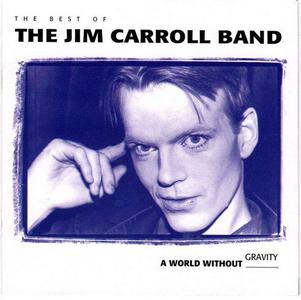 Carroll was a New York poet living in California when punk exploded in the late 1970s. He rightly sensed that punk was as much a lyrical stance as a musical one. Inspired by contemporaries like Patti Smith and Richard Hell, Carroll found himself a band and started spewing his literate and often fatalistic verse over a solid 4/4 beat. His surprise 1980 hit "People Who Died" sounded both shocking and exciting as it roared out of bored radios all across America. The rest of this guitar-heavy set–including the classic "Wicked Gravity" and the previously unreleased "Differing Touch"–paints similarly edgy portraits of lurkers and fringe dwellers. The rote rock backing occasionally gets a little tepid, but Carroll's bitter-junkie tongue burns throughout. –Michael Ruby