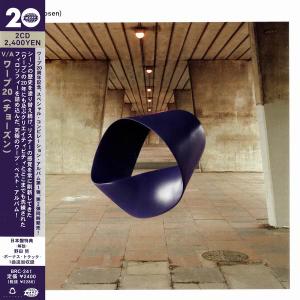 Warp20 (Chosen) placed the track selection process in the hands of fans, who voted online with the option to add messages like "This song makes you feel like a proud parent, à la John Hurt in the movie Alien," as reprinted throughout the booklet. The ten tracks (+ bonus track for Japan) that received the most votes make up the first disc. After track five, the disc makes a swift transition from covering exemplary material (Aphex Twin's bent lounge-porn single "Windowlicker," Boards of Canada's eerie yet blissful "Roygbiv"), to looking more like a sampler of recent releases (from Plaid's "Eyen" to Clark's "Herzog," all 2001-2006 territory). The 14 tracks on the second disc were picked by label co-founder Steve Beckett… 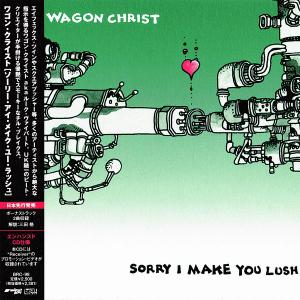 Despite the fact that Wagon Christ-related releases started to pile up for various labels, Luke Vibert wasn't in danger of repeating himself - his productions on Sorry I Make You Lush differ stylistically and thematically from any material he's issued under any other alias, while still being less a genre holiday than his previous YosepH for Warp. Still pushing his beats and basslines farther into funk and soul territory even while he pulls his effects from the realm of experimental electronics, Vibert may play the dance technician while producing his tracks, but he's become much more a natural trackmaster than in the past. "I'm Singing" may be his first vocal feature of all time, but regardless, it is a vocal track, and one that shows him integrating sung vocals into his hipster funk very well (a later track finds him sampling a female folksinger à la Jacqui McShee to good effect)… 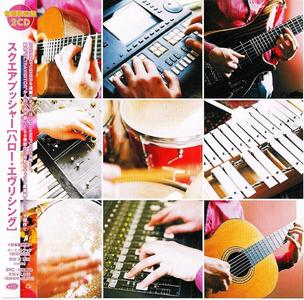 For this, his 10th album in as many years, Tom "Squarepusher" Jenkinson is in playful mood. He has said Hello Everything is him "having a laugh" after recording several albums that were, at times, frustrating and difficult listens. This CD may divide his fans - which include Andre 3000, Thom Yorke and Flea - as some prefer his material to sound more like a drum kit and a bag of cats being kicked down a flight of stairs. On the other hand, others will be glad to hear an album brimming with tunes. Dazzling chord progressions override fiendishly intricate beats as Jenkinson combines the elation of rave with the complexity of jazz… 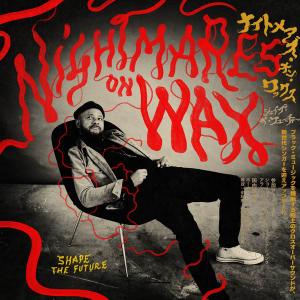 To achieve longevity in music you need many things but if you want to stay relevant, it boils down to two - growth and invention. For over 25 years, Leeds-born George Evelyn, aka the main man behind Nightmares on Wax, has expanded his sound from the studio-based electronics of a Word of Science: the 1st & Final Chapter, to a live sounding, multiple instrument affair that explores everything and anything from dub and hip-hop to funk, soul and R&B.; This desire to stretch and expand his signature sound continues on his album Shape the Future.
Musically, the album furthers the studio band vibe of Feelin Good. While that album had its stand out moments, Shape the Future feels much more cohesive and more confident… 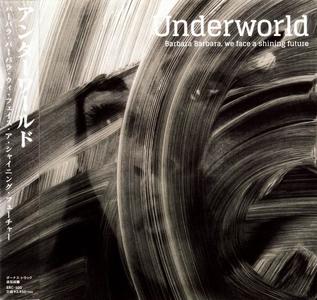 In the six years since the release of their merely good effort Barking, electronica veterans Underworld were tied up with big things, like solo projects, Eno collaborations, film scores, and the 2012 Summer Olympics in London, where they were musical directors for the opening ceremony. Take all that into consideration, and this excellent 2016 LP seems more closely linked to its predecessor, and acts like a natural swing-back-into-action after getting the too-busy-/tries-too-hard/return-to-form album out of the way. Barbara Barbara, We Face a Shining Future is also an album longtime fans will instantly embrace, but it's an evolution as well. Bookended with excellent surprises, it opens with a dark, half-tempo track that's got Gary Numan in its veins ("I Exhale") and closes with a masterful work that mashes Kraftwerk, classical music, and the blissful Underworld found on their 1999 album Beaucoup Fish ("Nylon Strung")… 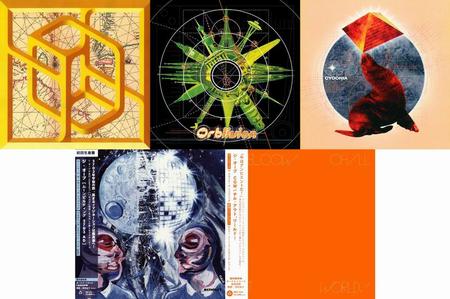 The Orb virtually invented the electronic genre known as ambient house, resurrecting slower, more soulful rhythms and providing a soundtrack for early-morning ravers once the clubs closed their doors. Frontman Dr. Alex Paterson's formula was quite simple: he slowed down the rhythms of classic Chicago house and added synth work and effects inspired by '70s ambient pioneers Brian Eno and Tangerine Dream. To make the whole a bit more listenable - as opposed to danceable - obscure vocal samples were looped, usually providing a theme for tracks that lacked singing. The group popularized the genre by appearing on the British chart show Top of the Pops and hitting number one in the U.K. with the 1992 album U.F.Orb… 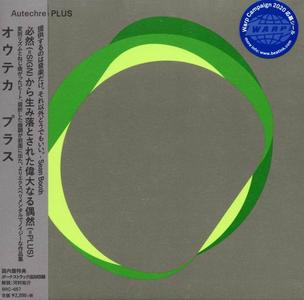 Mere weeks after Autechre released SIGN, their first standard-length studio album in a decade, the duo issued PLUS, a companion effort bearing a similar cover design, this time with lush greens instead of flame-like orange shades. While SIGN was often far more textural than rhythmic, recalling more ambient-leaning Autechre works such as Amber and Quaristice, PLUS places a greater emphasis on steely beat constructions, and it generally feels colder, though not necessarily less human. "DekDre Scap B" opens the album with a series of splatters, stutters, and convulsions, yet close attention reveals that a nearly inaudibly faint pulse is barely holding it all together. "7FM ic" is a bit more chipper, and sounds like a fleet of alien spacecraft activating to a beat… 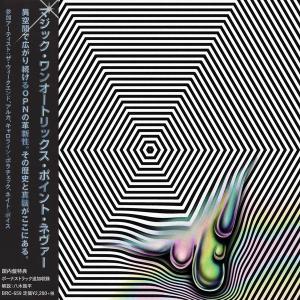 OPN mounts a definitive opus with his rapturous 9th studio album, entirely produced during lockdown, with “executive production” by The Weeknd, who also supplies vocals alongside Arca and Caroline Polachek.
‘Magic Oneohtrix Point Never’ is titled after the mispronunciation of Magic 106.7, a local radio station in Boston, Massachusetts; the state where Daniel Lopatin aka 0PN grew up, and where the album was created. The radio station’s adult contemporary programming is a formative and enduring influence on OPN’s music, and it’s clear that he’s saved this album title for some of his most accomplished tributes to his influences, but refracted thru his prismatic styles to illustrate the distance between that era, and this, with some of his most elusive, illusive and beguiling sound design wrapped up in a mix of stunningly mazy and pop-toned arrangements… 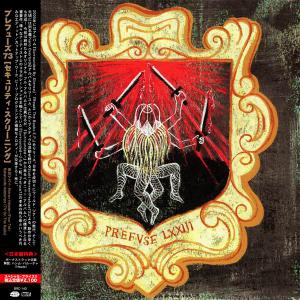 Scott Herren has grown into an iconoclast who resists the ingrained nature of releasing full-length-album statements every two to four years. Instead, during his career he has released several mini-albums, which are good ways to get more music into the market and put less of your reputation on the line. (After all, mainstream music critics need to take LPs seriously, but not EPs or singles.) Security Screenings, which arrived just one year after his last full-length, is light on collaborative tracks (only two) and very light on vocals (none whatsoever, besides a few random samples and the ironic inclusion of the low lights from a Prefuse interviewer who objects to the predominance of vocal tracks on 2005's Surrounded by Silence)… 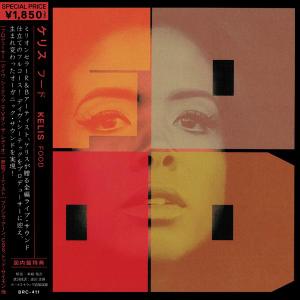 Flesh Tone, Kelis' lone release through Interscope, brought about a pair of Top Five club hits. The creatively restless singer and songwriter nonetheless quickly moved on to working on her sixth album with a handful of U.K. garage and dubstep producers, including Skream, whose 2013 "Copy Cat" featured one of her most clever (and slightly creepy) turns. She changed course again and teamed up with TV on the Radio's Dave Sitek, whose Los Angeles house hosted loose recording sessions with an atmosphere that, according to Kelis, was "like a freakin' commune." Released on U.K. label Ninja Tune, Food sports a cover that doesn't seem nearly bright or colorful enough to reflect its sound - an eclectic and modern-sounding synthesis of classic pop and rhythm & blues with a lot of friskiness, some funk, and even a little twang… 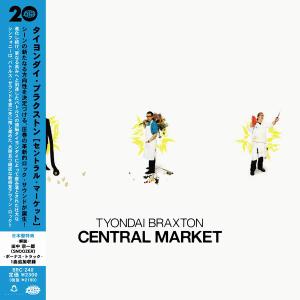 At the time of Central Market's release, Tyondai Braxton was best known as a member of proggy post-rockers Battles, who earned so much acclaim for their 2007 debut album Mirrored that many of their fans might not have known of Braxton's decade-plus of work as an avant-garde solo artist. That's understandable, since his debut solo album History That Has No Effect was released in 2002, but Central Market reintroduces Braxton as an artist with an audacious set of compositions that link to his earlier solo work and Battles, but don't rehash either. On History That Has No Effect, Braxton was truly solo, crafting heavily processed, loop-based pieces that mimicked a larger ensemble through meticulous layering… 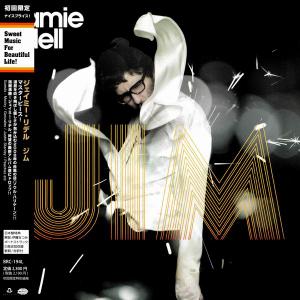 Some electronic producers spend their entire careers building up a roster of instruments, legions of samples, and more gear than any bedroom studio could possibly fit. Jamie Lidell has apparently been reducing not only his equipment list to its basics, but his production style, so it includes a minimum of things that you need to program (much less plug in). Of course, that jives with his gradual blossoming as an unhinged soul singer on 2005's Multiply, which has only blossomed further for 2008's Jim, a neo-soul record that sounds like it was recorded live, in the kind of studio that each of the album's seven to eight musicians actually could fit into. Part of this is the result of Lidell and co-producer Mocky's ability to record so well that the production doesn't stand out by itself, but simply works as a vehicle for the songs… 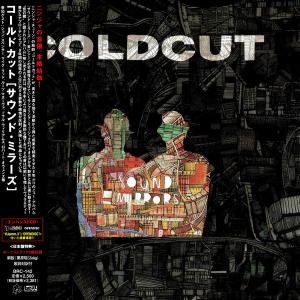 Sound Mirrors suggests that 1989's What's That Noise? wasn't a slick fluke, but that there are actually two Coldcuts. There's the Coldcut who sound like they're controlling the uncontrollable with jagged shards of hip-hop and dance music bouncing joyfully around the room while sneering at the conventional song. Let Us Play!, the unstoppable Journeys by DJ, and their Solid State radio program all fall into this category, all featuring maverick music that made the un-ironic guest appearances of Lisa Stansfield and the bubbly/forgotten Yazz on What's That Noise? seem like youthful pop folly… 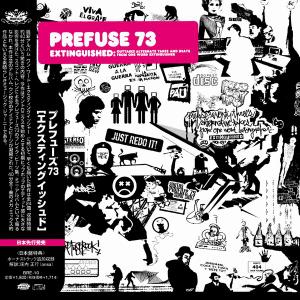 Soon after releasing One Word Extinguisher, his long-awaited second full record as Prefuse 73, Scott Herren delivered another set of recordings to Warp and requested a release. It's easy to see why the label agreed; several of the tracks on this collection of outtakes could have easily made the highlight reel. Besides proving how much talent Scott Herren has sitting around, Extinguished also illustrates that he's a surprisingly good editor. As great as they are, most of these work better on an EP release simply because of their length; ripping through 23 tracks in a half-hour, Herren gives listeners the gist of a simple idea, then cuts out, usually in less than a minute. (Only a few, including the opening "Suite for the Way Things Happen," reveal more than one idea at work)… 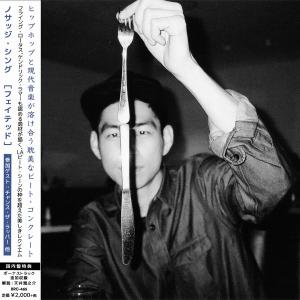 Knowing Jason Chung's previous output, and aware of his predilection for soundtracking chemically compromised mind states, it'd be justifiable to glance at the title of the beat producer's third album and misread it as Faded. Released two years after his previous album, Fated is indeed in line with the remainder of the Nosaj Thing discography, though it's a little blearier and a little more downcast, with an increase in torpid tempos. "Let You" even begins with funereal keyboard tones that resemble those of Angelo Badalamenti's Twin Peaks work, but the track slightly quickens and develops into a snarl of low-profile bass tones, an array of percussive accents, and chopped-up vocal samples. Chung snares another clutch of guest collaborators…