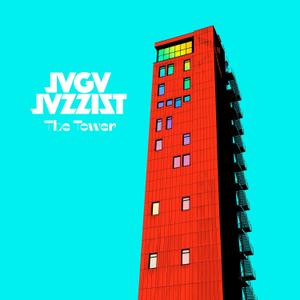 Jaga Jazzist (also known as Jaga) is a Norwegian experimental jazz band, that rose to prominence when the BBC named their second album, A Livingroom Hush (Smalltown Supersound/Ninja Tune), the best jazz album of 2002. Jaga Jazzist, the Norwegian multi-instrumental boundary-busters, may occupy a niche, but it feels like an enduringly spacious and fertile one, where sounds that recall everything from Weather Report to big-band jazz, krautrock, Radiohead or even the Pat Metheny Group intertwine. Last year’s 20th anniversary retrospective was fascinatingly diverse, but Starfire – conceived in composer Lars Horntveth’s new Los Angeles home, rather than in Oslo – is a more densely layered and studio-dominated deployment of this band’s awesome resources. The title track is classic Jazzist: a sound like the Shadows driven by a marching-band thump skids through power-chord guitar hooks and Zappaesque melodic zigzags; the atmospheric Big City Music is a masterly balance of quickfire rhythm-section ingenuity and the instrumental diversity of guitars, keys and brass. The tunes remain quirkily dramatic and the thematic scene-shifting spectacular, but a little thinning-out would have let Jaga Jazzist’s uniquely mercurial music breathe more. Jaga Jazzist return with their new album Pyramid, where the legendary Norwegian eight-piece takes a deep dive into post-rock, jazz and psychedelia influences. It’s their first album since 2015’s Starfire, their ninth album in a career now spanning four decades, but it marks the group’s debut on Brainfeeder, the LA-based imprint curated by Flying Lotus. On Pyramid, Jaga Jazzist have crafted a suitably cosmic sound to match their new label home, all the while nodding to forebears spanning from 80s jazz band Out To Lunch and Norwegian synth guru Ståle Storløkken, to contemporaries Tame Impala, Todd Terje and Jon Hopkins. Each of the album’s four longform entries evolves over carefully plotted movements, the tracks’ technicolour threads dreamily unspooling. Ever since their beginnings Jaga have been a band who have searched for something different - without any interest in the latest trends, with no concern for who is on the cover of which magazine, this ten piece collective from Norway have focused their efforts on evolving a unique sound which can collectively express their musical ideas.
After months spent on writing new material, the band ripped it all up, went into an isolated studio out in the Norwegian woods and recorded the demo now known as the Spydeberg Session. Put down in one take in one day, it was a breakthrough moment for the group. A sound that was closer to their live sound than ever before… 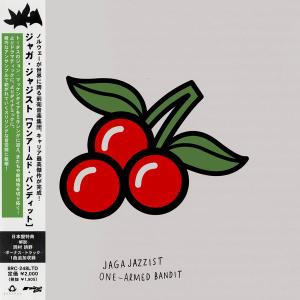 Jaga Jazzist’s least jazz-rooted, most prog album to date, One-Armed Bandit is not associable with Tortoise and 2000s-era Stereolab merely for the assistance of John McEntire, who mixed it and is credited with analog synth processing. Echoing, at various points, both bands at their most rocking, Baroque, and searching, One-Armed Bandit dazzles early on. Throughout the 13 minutes that make up the title track and the following “Bananfleur Overalt,” the listener is pulled through a suspenseful succession of passages, like a score to a Mediterranean tropical cyclone, that work in tight-riffing bass clarinet, zipping vibraphone, buzzing guitar, sighing pedal steel, dancing harpsichord, and even some distant skronk-sax over galloping and tapping rhythms that switch time signatures with an oddly elegant twitchiness…