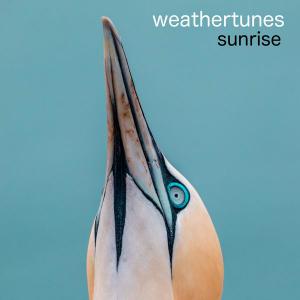 The German producer duo Weathertunes are happy to present their new 6 tracks EP "Sunrise". A feel-good album in its best sense. While listening, you get immediately imbibed into the magic of this wonderful music. The first track "Rise And Shine" is a collaboration track with Dutch Lounge music producer Dennis Bonam (alias "Faro") who has been releasing his music on Lemongrassmusic since the first days of the label. "Sunrise" is a wonderful EP about love, closeness and togetherness. Tune in, catch the vibe and ride on the waves of Weathertunes’ sunny imagination. 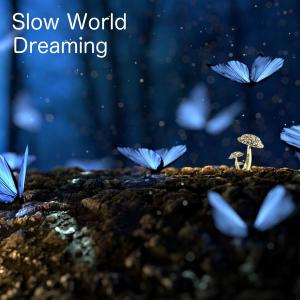 Lemongrassmusic present the 3rd EP "Dreaming" by Slow World, a music project of German musician and producer Daniel Voss. Daniel is one of the Voss brothers behind the label Lemongrassmusic and he is known for his music project Five Seasons and the collaboration projects Weathertunes and Jasmon with his brother Roland Voss (alias Lemongrass). Slow World is dedicated to the slow movements of life - the deep and silent enjoyment of the beauty and magnificence of our world and the whole life. Like on the previous EPs the piano is one of the backbone and main instruments of this album, underlaid with delicate pads, subtle atmospheres and warm cello and violin arrangements… 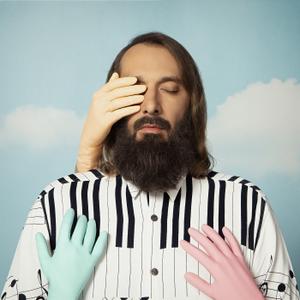 Parisian pop genius Sébastien Tellier took one of his famous leaps into the unknown with the release of his recent single A Ballet. Sonically it was full of the character you’d hope for him to deliver - dreamy French electronica, classic pop songwriting and yacht rock-style sax. Thematically, however, it played with the unlikely parallels between music and the never-ending routine of domestic life. As he questions, “Maybe the key to happiness is there, hidden under a dirty laundry basket?” It’s a topic that Tellier delves further into with his sixth studio album Domesticated. 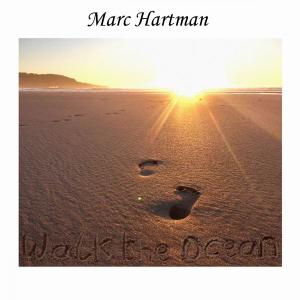 Lemongrassmusic present "Walk The Ocean" - the 9th longplayer album by Dutch musician and producer Marc Hartman. Unlike previous albums, vocals take a more central part in this work, always finding a good balance with the groove and the melodic parts of a song. Marc takes the listeners on a journey along the ocean shores to taste the atmospheres and the spirits of these beautiful places. Now when listening to the entire album he is proud to say: Mission accomplished! 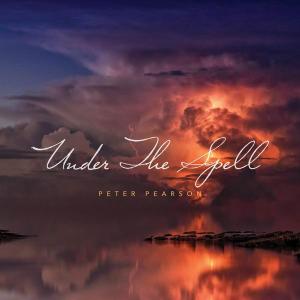 Peter Pearson is a composer of mainly instrumental music, with an emotionally driven style that crosses the genres of Easy Listening and Chillout with elements of Ambient, Lounge, Jazz, Blues, light Classical and Rock. Simplicity and emotion are his driving forces - if there is no passion, there is no music. 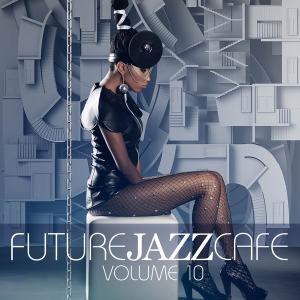 Welcome to the Future Jazz Cafe! Lemongrassmusic present Volume 10 of their outstanding compilation series. 21 modern Electronic Jazz tunes from all over the world, sometimes with a slightly extraordinary feel. This compilation sets the right mood for a good time in a bar, cafe or a stylish restaurant. Enjoy yourselves, get a drink and feel the Jazz vibes! 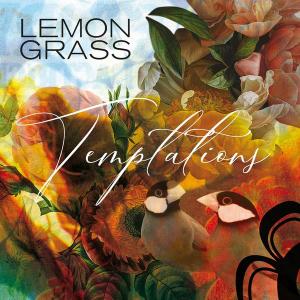 Here comes a temptation you shouldn’t resist. Let yourself be seduced by 12 carefully crafted songs of vibrant sonic textures, created with soul and style. Lemongrass masters the art of allowing an album room to breathe, irresistibly teasing out a smile, which you may have kept hidden all day long. The album’s charming positivity seemingly multiplies with each song rolling out, thus “Temptations” feels like a lazy, jauntily drift through a beautiful day. Warm blossoming synths, pulsing bass sounds, smart drum arrangements and haunting vocal pieces are the main ingredients, conveying the distinctive Lemongrass trademark of interpreting freely the crossroads of melodic Downtempo and Lounge, instrumental Hip Hop, and modern Electronica… 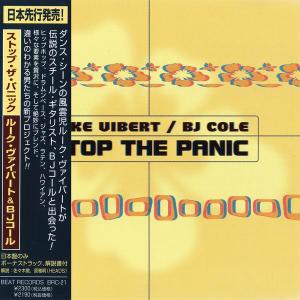 It must be one of the most unlikely collaborations in electronic music, but producer Luke Vibert's collaboration with pedal steel master B.J. Cole actually turns out alright, though the fusion is not quite as surprising as it originally sounded. On most tracks, Cole's shimmering, fluid guitar lines are simply assimilated into Vibert's kitchen-sink production style, and the results don't sound vastly different than Vibert's last full-length, Tally Ho! (recorded under his Wagon Christ pseudonym). It's good to see an excellent producer pushing himself - and all of electronic music - into new territory; Stop the Panic just doesn't sound quite like the revolution it should be. 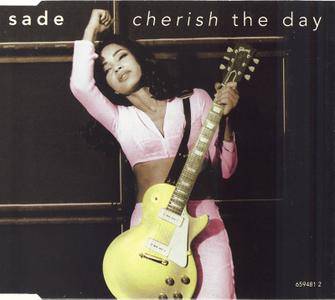 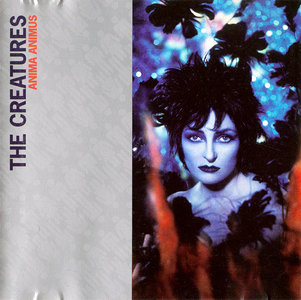 Now that the Banshees are no more, Budgie and wife Siouxsie Sioux have reactivated the Creatures project, this time permanently. The techno revolution has had no real affect on the Creatures' sound since 1989's Boomerang LP, mainly because Sioux and Budgie started mixing tribal drumbeats and electronic treatments way back in 1981. Fans of the Banshees will not be disappointed here, the arrangements are similar to Sioux's old band, and her imagery is still the stuff of bad dreams. This is a solid record, especially for Sioux, with a fresh sound that rivals her early-'80s albums with the Banshees. A step in the right direction for these punk/goth icons. 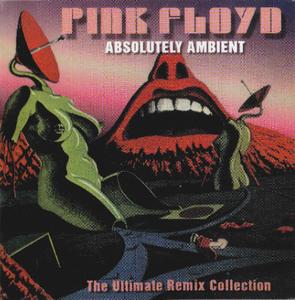 ~ All mixes featured on this CD are unique to this disc and are not duplicated from any other Floyd remix CD. ~
Ambient CD-Rip + Scans Compilation Downtempo Pink Floyd Progressive Rock Psychedelic Remixes
Details 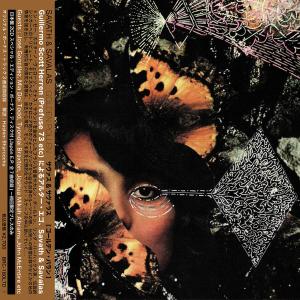 Inherent to the tradition of his past and present influences, Guillermo Scott Herren (aka Prefuse 73) has delivered Golden Pollen, an album that explores a wealth of history and exceeds all expectation. The songs featured on this album, some of the first Herren has written with only himself as the primary vocalist, are indicative of a lush, organic texture that reflect mainly on the very personal and transparent nature of their arrangements. Recorded over a period of isolation, these songs enabled Herren to let go of inhibitions and reflect on ideas of love, beauty, and sentiment, becoming common themes for the album itself. Golden Pollen represents a period of change and self-searching that occur to many, but very few are capable of translating these experiences with such poignancy… 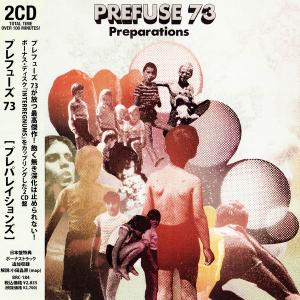 On his fourth full-length release, Preparations, Glitch-hop king Guillermo Scott Herren, better known as Prefuse 73, shows that emigrating to Barcelona has not dissociated him from his fountain of sonic inspiration. The former Atlanta, Georgia, phenom continues to blaze a trail for Prefuse that stands distinct from his other projects (Savath & Savalas, Delarosa & Asora, etc.). With contributions from Tobias Lilja, Battles drummer John Stanier, and Secret Machines offshoot School of Seven Bells, Herren crafts a multi-hued, constantly shifting prism of electronic sound that's always propulsive and visceral, but frequently gorgeous in its juxtaposition of atmosphere and angularity. The album was released both on its own and with a bonus disc, as Preparations & Interregnums. 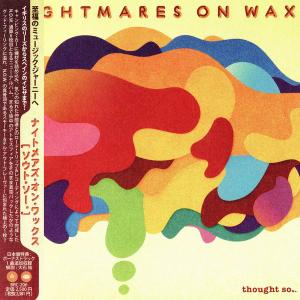 Thought So… is a bit of a travelogue for Nightmares on Wax, consisting of tracks recorded in locales ranging from Leeds to Ibiza - and definitely many places in between. Utilizing an intriguing studio named Camper Van Somewhere (as in, "Recorded on the…"), George Evelyn and Robin Taylor-Firth keep their productions painfully sparse, par for the course in the NoW catalog. Sometimes they're a little too sparse, specifically the first few tracks, where listeners might get the feeling they're trapped back in 1996 - when a naked breakbeat and an occasional effect or sample were the only things necessary for an innovative production… 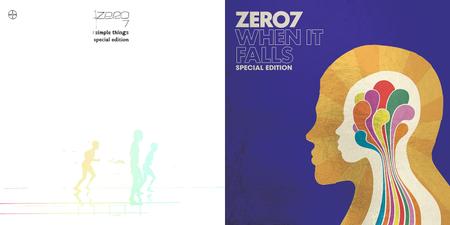 The men behind the European downtempo outfit Zero 7 – producers Henry Binns and Sam Hardaker – launched their careers in the music industry as tea boys at a London recording studio. Shortly thereafter, however, both were in the thick of action, working alongside a string of well-known British musicians such as the Pet Shop Boys and Robert Plant. They spent the best part of the '90s honing their production skills behind the scenes. Then, after taking on the name of a nightclub in Honduras, the duo gradually began unleashing their own ideas onto an unsuspecting public.