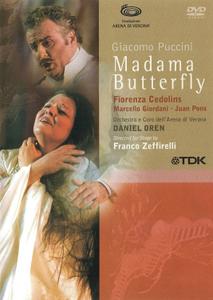 Giacomo Puccini’s Madama Butterfly – the composer’s selfproclaimed favourite work and certainly one of the most beloved operas in the repertoire – is brought to life at the world-famous Arena di Verona. This opulent production, directed by respected film and opera director Franco Zeffirelli, is sung by a cast of excellent singers. Fiorenza Cedolins is a sought after Butterfly singer and her Pinkerton is performed by the renowned tenor Marcello Giordani. The celebrated operatic baritone Juan Pons gives the principled United States consul Sharpless. The performance is lead by long-established Arena di Verona conductor Daniel Oren with all the splendour that a Puccini opera demands. The sum of all this is a gloriously sung musical experience. 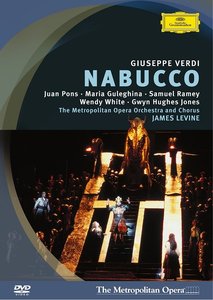 This staging of Nabucco, the first since 1960 at the MET, featuring the Russian soprano Maria Guleghina was given in the centenary year of Verdi’s death. The production by MET regular Elijah Moshinsky and the sheer power of Verdi’s score drives this opera and brings the drama and its characters to life. James Levine leads the MET Orchestra and the cast is rounded out by two familiar Verdi specialists Juan Pons and Samuel Ramey. 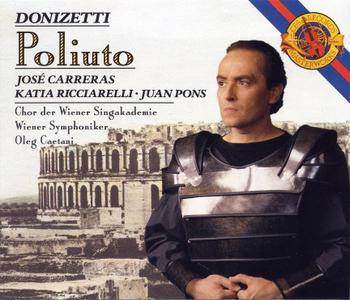 Donizetti's opera "Poliuto", based on the play "Polyeucte" by the French composer Pierre Corneille, is now one of the rarest works in the classical opera repertoire. However, this live recording, recorded in the Vienna Konzerthaus in 1986, impresses her with an impressive cast: star tenor José Carreras in the role of Poliuto is accompanied by Italian soprano Katia Ricciarelli as Paolina, who is an absolutely equal star in this recording. The choir of the Wiener Sängerakademie sings, accompanied by the Wiener Symphoniker under the direction of Oleg Caetani.