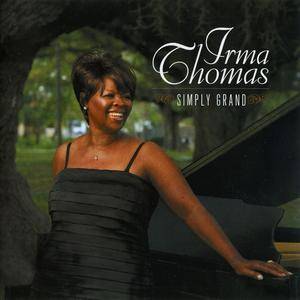 There has always been a piano at the heart of Irma Thomas's music, and she is accompanied here by twelve of the best pianists around, including Dr. John, Norah Jones, Randy Newman, and many more. The Grammyr-winning Soul Queen of New Orleans has never sounded better than in this all-acoustic setting. From the soul-searing passion of 'Cold Rain' to the bittersweet intimacy of 'This Bitter Earth,' Irma's enduring warmth and soulfulness prevail, never straying far from the blues. Included are many new songs (including one from Burt Bacharach and Steve Krikorian) and a previously unrecorded Doc Pomus-Dr. John composition. 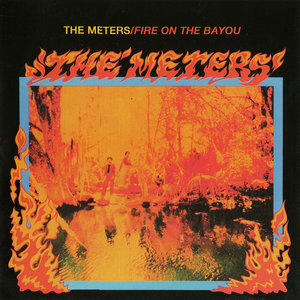 By the time they released Fire On the Bayou in 1975, the Meters (now a quintet, with addition of Cyril Neville to the lineup) had graduated from regional cult heroes to internationally renowned recording act. In addition to playing on records by the likes of Paul McCartney, Dr. John, LaBelle and Robert Palmer, they were personally invited by the Rolling Stones to open their 1975 U.S. tour. The momentum helped Fire On the Bayou to become one of the Meters' most acclaimed and commercially successful albums. It remains a fan favorite, thanks to such gritty classic jams as "Talkin' 'bout New Orleans" and "They All Ask'd for You," which demonstrate the band's effortless instrumental expertise and organic rhythmic rapport. This remastered expanded edition contains five bonus tracks. 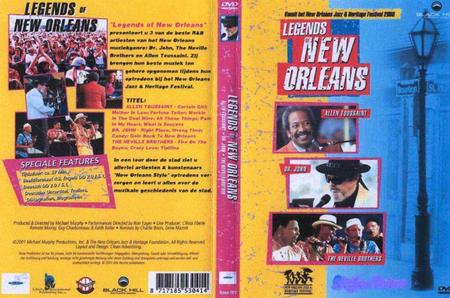 Legends of New Orleans showcases three of the city's most celebrated musicians: Allen Toussaint, Dr. John, and the Neville Brothers. These musicians came of age during the heyday of R&B when the New Orleans sound dominated the national R&B charts. These performances are from the New Orleans Jazz and Heritage Festival 2000, the world's largest music and cultural event with over a half million people from around the world attending. Includes a special appearance by Bonnie Raitt.
2000s Allen Toussaint Blues Dr. John DVD Funk Jazz Jazz-Blues Music DVD New Orleans R&B Rhythm & Blues RnB Soul The Neville Brothers VA Various Artists R&B
Details 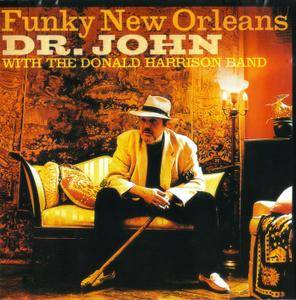 Playing in front of an invited studio audience, Dr. John is featured with a full-scale jazz ensemble on this 1991 session Funky New Orleans. Alto saxophonist Donald Harrison Jr. is the leader of the date, which allows Dr. John to concentrate not only on piano and vocals but also his guitar playing. A hand full of Mac Rebennack and Harrison originals are mixed with the dirty blues of "Shave em Dry" and a nod to Professor Longhair and Earl King on "Big Chief." Also, two instrumental straight-ahead jazz pieces are explored on "Hu-Ta-Nay" and "Walkin Home." This really isn't a Dr. John recording as much as an honest portrayal of these (mainly) New Orleans musicians in an extremely loose and funky setting. Recommended and available on the budget Metro label. 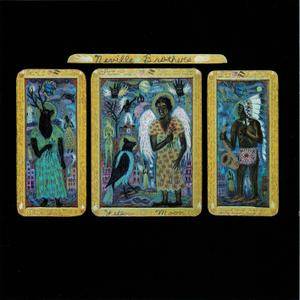 The Neville Brothers made a bid for pop/rock stardom with this well-produced album for A&M, their first under a new pact with the label inked in the late '80s. It was certainly as solid as any they cut for A&M; the vocals were both nicely arranged and expertly performed, the arrangements were basically solid, and the selections were intelligently picked and sequenced. The album charted and remained there for many weeks, while the Nevilles toured and generated lots of interest. It didn't become a hit, but it did respectably and represents perhaps their finest overall pop LP. 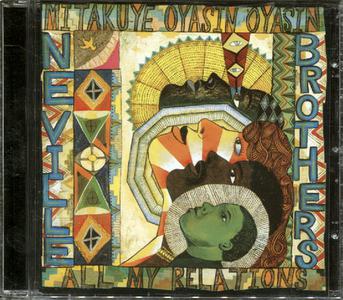 The Neville Brothers - Mitakuye Oyasin Oyasin/All My Relations (1996)
R&B, Soul/Funk, Jazz | EAC Rip | FLAC, Img+CUE+LOG+Scans (TIF) | 48:40 | 410,77 Mb
Label: A&M Records (USA) | Cat.# 31454 0521 2 | Released: 1996-05-14
The Neville Brothers have made a family affair of their first studio album in four years, writing much of the material themselves and co-producing the record with James Stroud. As a result, they are making less of an effort to secure a pop hit this time, even though they do throw in a little rap and a funky cover of Bill Withers' "Ain't No Sunshine." But part of the reason they tend to be more interesting live than on record is that, beyond being well-meaning, they haven't got much to say. Most of the songs here are homilies to brotherhood, responsibility, and environmentalism, set against tracks that evoke Brazilian music, mbaqanga, reggae, R&B, and soul and are heavy on percussion and horns.
R&B Soul/Funk Jazz lossless FLAC CD-Rip + Scans 1996 The Neville Brothers Neville Brothers New Orleans R&B
Details 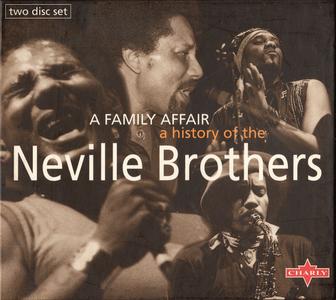 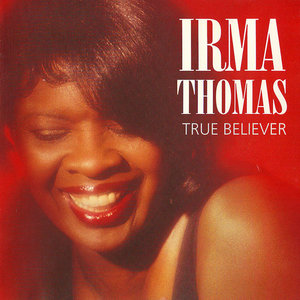 Like her first two efforts for Rounder, True Believer is a stellar collection of contemporary soul performed in the classic '50s New Orleans tradition. The difference is in conception. True Believer focuses on heartbreak songs, and there is genuine anguish in Irma Thomas' voice, making new songs by the likes of Dan Penn, Dr. John, Tony Joe White, Allen Toussaint, and Doc Pomus sound like instant classics. Another excellent effort from a woman who has plenty to her credit. 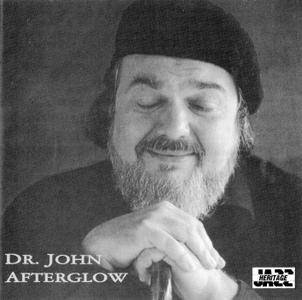 Unlike his In a Sentimental Mood, which swung wildly from Tin Pan Alley standards to supper-club blues, Afterglow is mostly interested in recapturing the late '40s and early '50s, when jazz, blues, and pop intersected with sophisticated ease. The choice of material is impeccable–songs made popular by Nat "King" Cole, Louis Jordan, and Duke Ellington–and the playing is superb throughout. However, "Ain't I Been Good to You," "Just a Lucky So and So," and a stark read of "I'm Confessin'" are particularly effective. And on his original, "I Still Believe in You," Dr. John proves just how influenced he is by West Coast blues legend Charles Brown, who once recorded at Cosimo Matassa's studio where the future Night Tripper got his start. 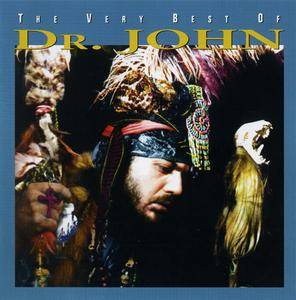 Dr. John has recorded many great albums, but it's difficult to argue with such a perfect distillation of his catchy, grooving, slapdash pop work as this Rhino set. Coming out of the R&B studio subculture of New Orleans, the former Mac Rebennack possessed songwriting smarts and reams of recording expertise, each of which had reached their peak by the early '70s. Focused squarely on that prime era, 1970 through 1974, the collection begins with his only Top Ten hit, 1973's irrepressibly fatalistic "Right Place, Wrong Time." Two others come from his best album (1973's In the Right Place), the jaunty "Such a Night" and "Qualified." 1972's Dr. John's Gumbo also rates three tracks: the New Orleans classics "Iko Iko" and "Tipitina," plus "Junko Partner." The compilers were also wise to choose three songs from Gris-Gris, his unjustly neglected psychedelic debut, including "Mama Roux" and "I Walk on Guilded Splinters" (but unfortunately, not the glorious "Gris-Gris Gumbo Ya Ya"). A version of Jimmy Liggins' jump-blues classic "Honeydripper," from 1981's Dr. John Plays Mac Rebennack, spotlights his sparkling boogie-woogie piano, and the set closes with a pair of standards from his latter-day Warner Bros. years (one of which is the unofficial Mardi Gras theme "Goin' Back to New Orleans"). Whether it's for a first listen or the perfect road-trip disc, The Very Best of Dr. John has all of the New Orleans master's best recordings in one spot. 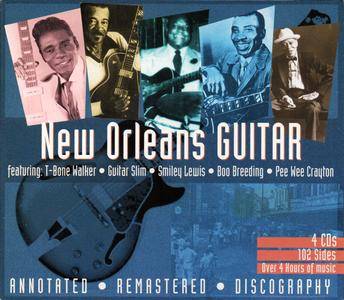 JSP's New Orleans Guitar compiles four CDs of performances by Smiley Lewis, Guitar Slim, and T-Bone Walker. It's hard to go wrong with these 102 recordings cut between 1947 and 1955. The tracks have been remastered, making the majority of this material sound great. Unlike other packages of this type, the liner notes are informative, listing personnel, dates, and a concise history without going on ad nauseam. As an extra bonus this is a budget-priced set, making it highly recommended, especially for the blues novice. 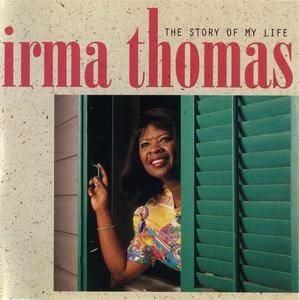 The Story of My LIfe stands out among latter-day Irma Thomas albums not only because she gives a consistently excellent performance, but because the record boasts three new songs from Dan Penn, who wrote some of the greatest soul songs of the '60s. While his new songs ("Hold Me While I Cry," "I Count the Teardrops," "I Won't Cry for You") aren't quite as strong as his best, they are nevertheless wonderful contemporary soul numbers, and they help make the record, the remainder of which is comprised of covers and slightly weaker new numbers, one of Thomas' best latter-day albums. 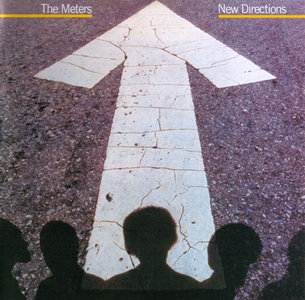 The title of the Meters' final album is hopeful, and New Directions does indeed represent if not a new direction, at least a shift from the disco dead end of Trick Bag. From the second "No More Okey Doke" kicks off the record, it's clear that the Meters are gritty again, kicking out some really funky grooves – maybe not as dirty as their Josie recordings, maybe a little cleaned up, but still pretty funky. The slower numbers betray their era, but in a pleasing way, something that's also true of generic numbers like "My Name Up in Lights," which may have too much talk-box guitar, but still grooves effectively. That may not be a new direction, per se, but it is a welcome change-up after the dud Trick Bag. It wasn't enough to save the Meters and it's not really a lost treasure, but it's a far more dignified way to bow out. 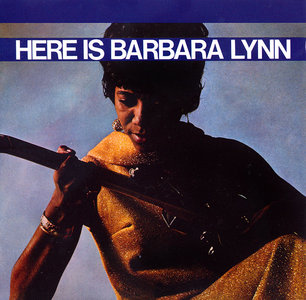 To be a woman singing your own blues and soul songs in 1960s Texas was a rare thing. To do so while brandishing a left-handed Stratocaster and bashing out hard-edged licks was even rarer. Yet that’s just what Barbara Lynn did, inspired by Guitar Slim, Jimmy Reed, Elvis Presley and Brenda Lee. And it was a hit: her 1962 debut single, “You’ll Lose A Good Thing,” recorded with session musicians including Dr. John, gave her an R&B chart Number One and a Billboard chart Top 10 hit. 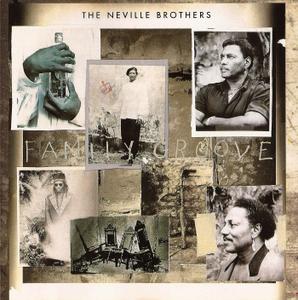 New Orleans' favorite sons, the Neville Brothers, pool their talents again on this CD. Family Groove is a clever reference not only to the musical abilities of the four brothers, but to the shared interests and concerns of the brothers and their families. All the usual Neville elements are here: Charles Neville on the saxophone, Cyril Neville on the drums, Art Neville on piano, and the inimitable voice of Aaron Neville. Their message is the Neville gospel of social and political justice, as well as the importance of love and family. Hence, the family groove. In "Line of Fire," brother Art Neville speaks to the growing problem of drugs and guns claiming the lives of many young black men in the cities. Aaron's son, Jason Neville, makes an appearance with a rap tune lamenting the tragic plight of the homeless in the richest country in the world and the complacent America that looks the other way. The one-world outlook of the Nevilles is exemplified on the beautiful harmonies of "Let My People Go," as well as in their closing number, a traditional "Maori Chant."