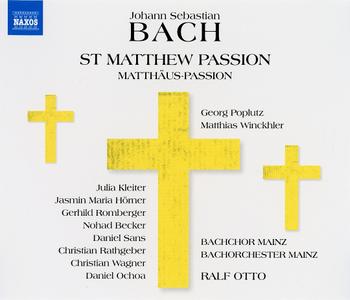 Johann Sebastian Bach’s St Matthew Passion is widely recognised as one of the greatest masterpieces in Western sacred music. With its double orchestra and chorus this is a work of enormous proportions in every sense, and Bach was extremely resourceful in treading a fine line between creating the almost operatic spectacle valued by the secular authorities in Leipzig, and the elevated religious atmosphere sought by the clergy. This inspired mix of moving drama and theological discourse led Leonard Bernstein to declare that ‘there is nothing like it in all of music’. 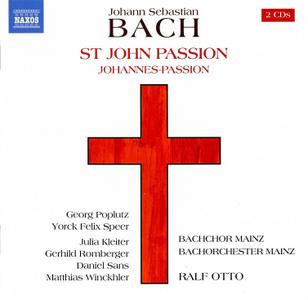 Johann Sebastian Bach’s St John Passion is, along with the St Matthew Passion, without doubt one of the most important works he ever composed. It established a new tradition for Good Friday vespers in Leipzig, and with sublime skill Bach managed to retain a spirit of church worship while creating an almost operatic narrative that movingly depicts Christ’s trial, death, and ultimate apotheosis. Bach’s numerous revisions always demand a certain amount of scholarly decision-making, and this recording of the St John Passion uses the final 1749 version that not only draws on and reinforces the best of Bach’s original concept, but incorporates the additional movements of the 1725 version. 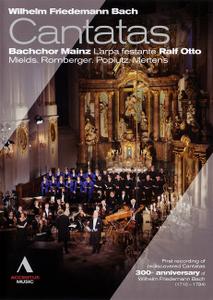 In 2010 the world is celebrating the 300th anniversary of the birth of Wilhelm Friedemann Bach, whose music – for the most disparate reasons – was for a long time shrouded in oblivion. Many of his works disappeared completely after the Second World War, and it was not until 1999 that they were rediscovered in Kiev. The present world-première recording of four of his cantatas grants us a fascinating insight into the composer’s output and invites us to join him on a musical voyage of discovery. These ambitious works, which were written for Christmas and Ascension, attest to the technical and musical virtuosity of Johann Sebastian Bach’s eldest son. 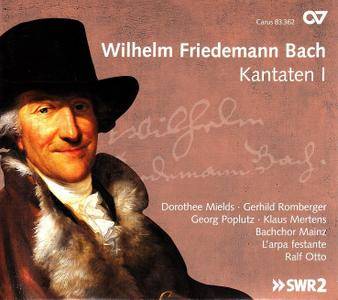 When on 12 May 1764 Wilhelm Friedemann Bach tended his resignation as Music Director and Organist at Halle a brilliant musical epoch came to an inglorious end. From the time of Samuel Scheidt the position of organist of the Halle Marktkirche had always been occupied by outstanding virtuosi and composers, and with W. F. Bach the last of them quit the service. The twenty or so surviving Halle cantatas by Wilhelm Friedemann Bach form a long-neglected body of music which is in many respects unparalleled. They represent extraordinarily individual attempts to emulate the musical achievements of his great paternal teacher and model, and to develop them further. Thus this son of Bach arrived at solutions to problems in his works which strive repeatedly towards grace and pathos, brilliance and originality, artistic diversity and natural simplicity.