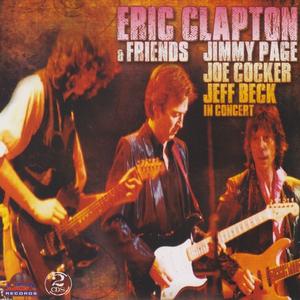 In Concert is a 2002 CD bootleg by Eric Clapton and some of his friends, including Jimmy Page, Jeff Beck and Joe Cocker, along with Ron Wood. This was allegedly released on a Brazilian label oddly called USA Records